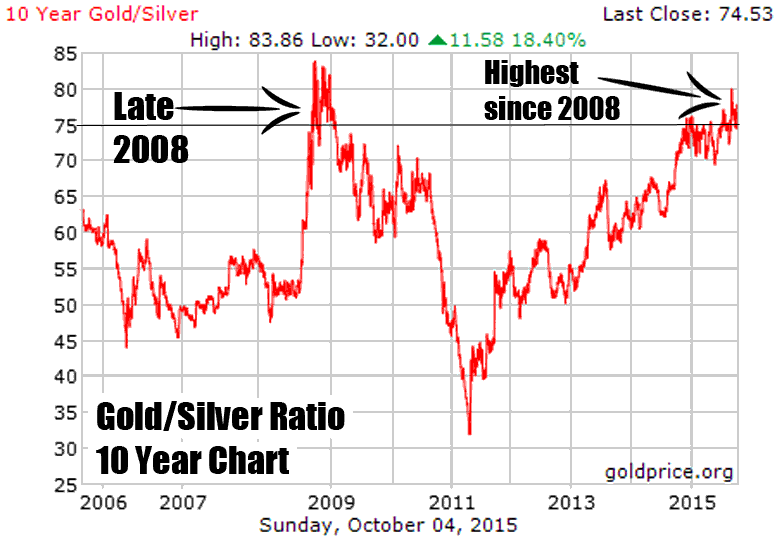 Despite the multi-year downtrend that has driven silver prices from its mid-2011 peak of near $50 to its current price of near $15, investment demand for silver remains strong. In fact, investor demand for silver coins is so overwhelming that it has forced some national mints to dramatically increase production, ration sales and to delay shipments by several weeks and even, in some cases, months.

“The U.S. Mint sold 14.26 million ounces of American Eagle silver coins in the third quarter, the highest on records going back to 1986. The Canadian mint has been limiting sales of its silver Maple Leaf coins since July after record monthly sales that month, an official told Reuters. Sales were at all-time highs in August and September.”Reuters

“The U.S. Mint began setting weekly sales quotas for its flagship American Eagle silver coins in July because it can’t meet demand, and the Canadian mint followed suit after record monthly sales in July. In Australia, the Perth Mint sold a record of more than 2.5 million ounces of silver this month, nearly four times more than in August, and has begun rationing supply of a new line of coins this month, a mint official said.”Reuters

Many investors are eager to scoop up physical silver as it sits near six-year lows and as the closely watched gold-to-silver ratio is at an attractive level of 1-to-75. Translation: It currently takes 75 ounces of silver to buy one ounce of gold.

“Silver seems to be setting up like we saw in June 2008 thru November 2011. First we had a drop in price as large companies were shorting silver and silver dropped to $9.50 per oz. Then we had a physical squeeze as demand outstripped supply for 3-5 months. At that point as QE started in full swing silver moved from $9.50 per oz. to over $47 per oz. in 36 months. With China and possibly the U.S. looking at more QE over the next 18 months, prices could increase significantly. Downside risk is very low at current prices.”Tom Cloud

While silver prices are certainly a bargain at current levels, as a trend trader I will wait for a confirmed uptrend to begin before backing up the truck. When silver prices finally stage a rally above the $18.50 level, our system suggests that the new uptrend will have begun.

FREE for a Limited Time Only – (regular price $97)