Welcome to our Market Trakker Trend Alert service! This service tracks the current trend of the S&P 500 index with updated trend alerts, commentary, charts, every weekend. Since nearly three out of four U.S. stocks follow the general trend of the S&P 500 index, it is an extremely important market for U.S. stock investors and traders to consider in their trading decisions.
Market Trends + Charts + Commentary Updated Every Weekend

12/3/21… UPDATE: The S&P 500 index fell more than 1% last week on rising volume amid rising uncertainty over a novel Covid strain and the timing of interest rate hikes by the Federal Reserve. Despite the recent selloff, the index remains locked in a historic uptrend and is up around 20% YTD.

While some “stay-at-home” stocks thrived on the news, travel stocks (and other economic re-opening trades), such as hotels and airlines, were among last week’s biggest losers.

So too, a disappointing jobs report released on Friday revealed slower-than-expected job creation in the month of November. (However, the official unemployment rate fell to 4.2%, which was better than the 4.5% rate anticipated by analysts.)

So too, the price of crude oil and other commodities remain under pressure amid concerns of waning demand in the near term. Last Thursday, OPEC and Russia agreed to continue pumping more crude and said Thursday they would raise their collective production by another 400,000 barrels a day in January.

For now, the major uptrends in the S&P 500 index remain intact as we head into next week.

We continue to watch the 50 DMA (currently around 4545) and key 120 DMA support (currently around 4458) levels on the S&P 500 index. Any breach below the 120 DMA level could signal further selling pressure ahead in the near term.

With enormous amounts of liquidity (leverage) sloshing around the financial markets, it is not surprising to see many bubbles being blown. However, moral hazard is now fully in play and speculators are likely to buy dips as long as monetary and fiscal policies remain aggressively accommodative.

When another change in the trend of the S&P 500 index is detected, we will alert our members!

Our Market Trakker alert system will keep you advised of the current broad U.S. stock market trend. When we detect a change in the major Long-Term trend, our members will be notified by email (and inside The Robinson Report) along with details on how we are responding.

12/3/21… The S&P 500 Long-Term trend remains in a confirmed Long-term uptrend based upon our trading system. When our Market Trakker system detects a change in the underlying Long-Term Trend in the S&P 500, this page will be updated and all current members will be alerted by email. 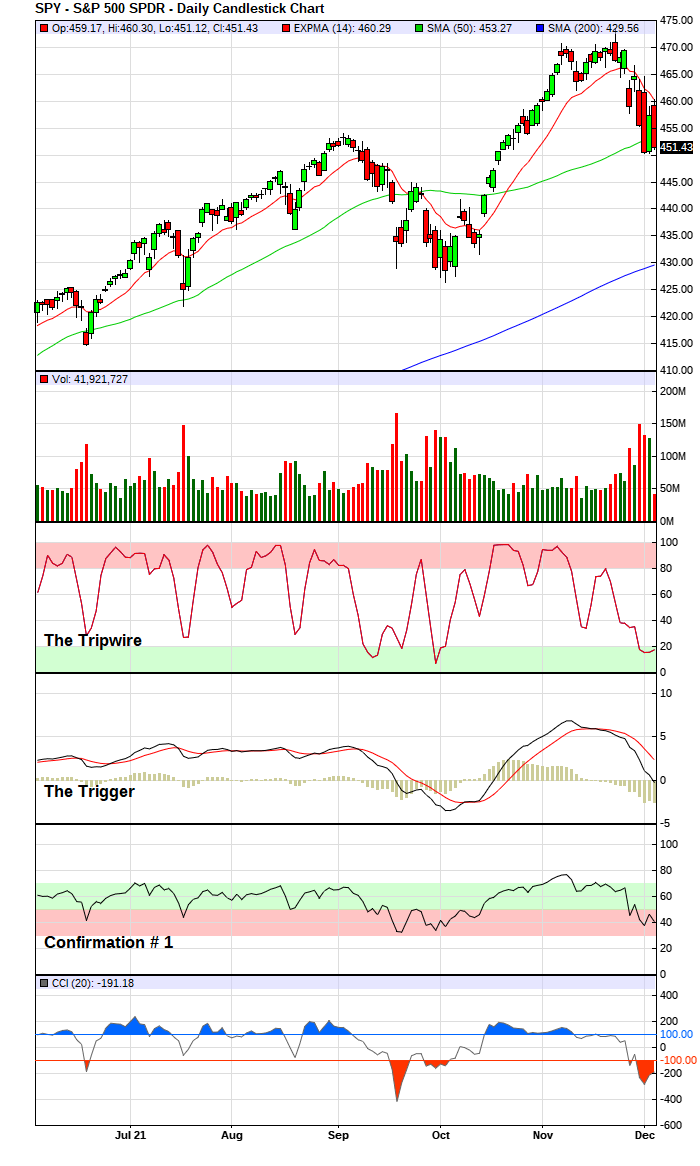 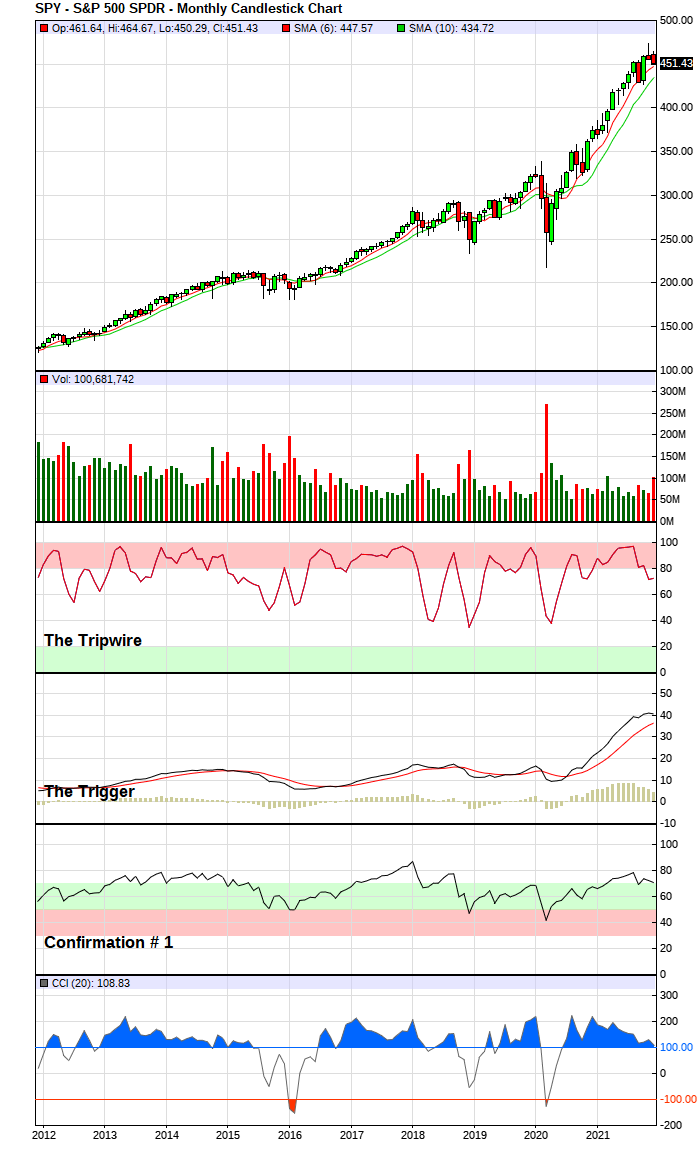 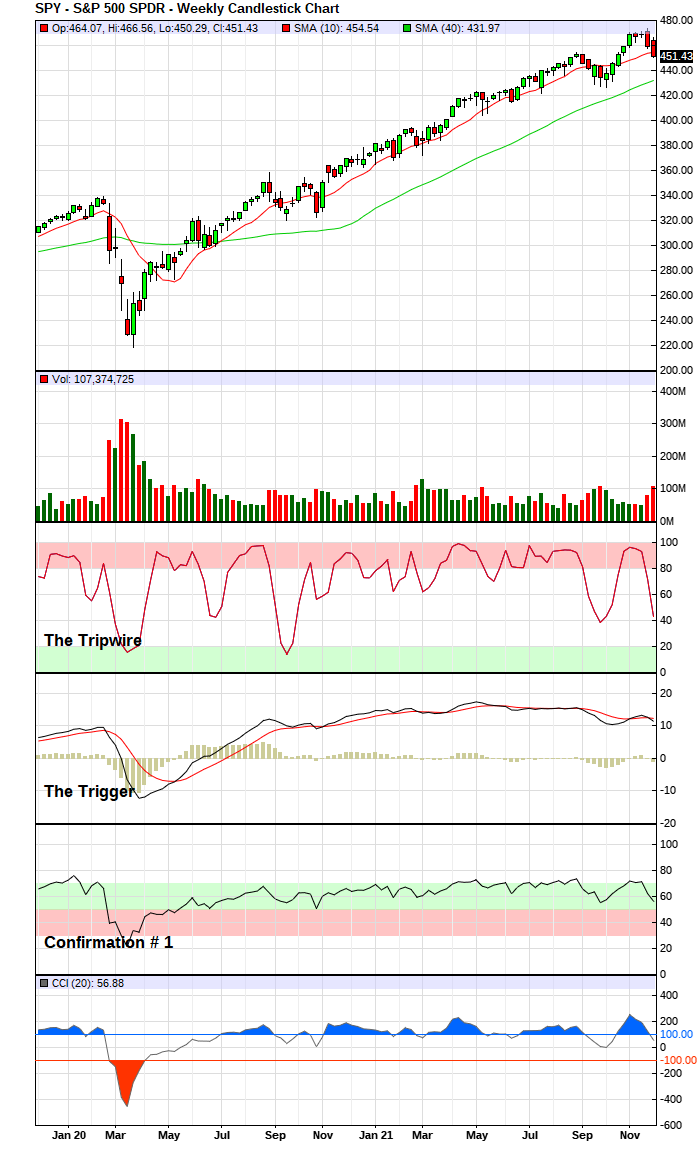 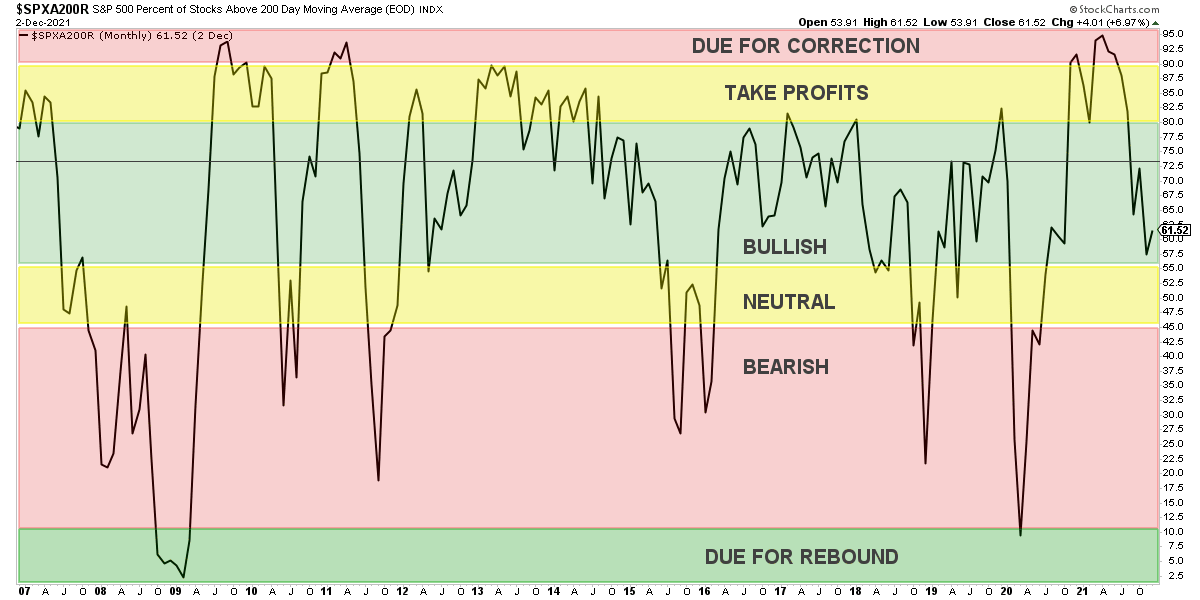 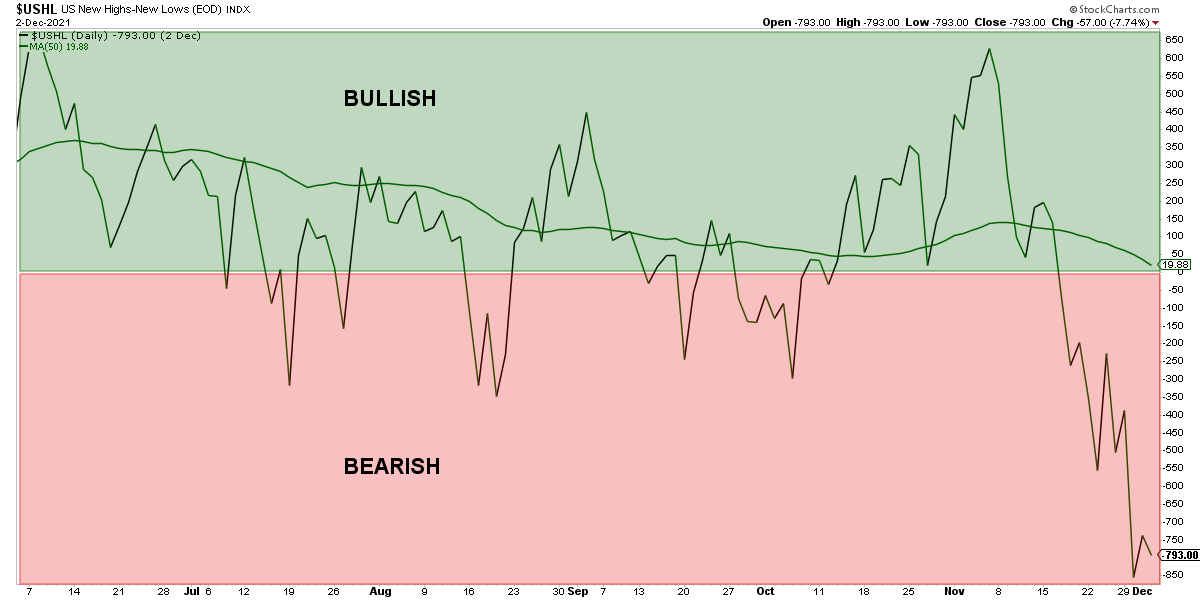 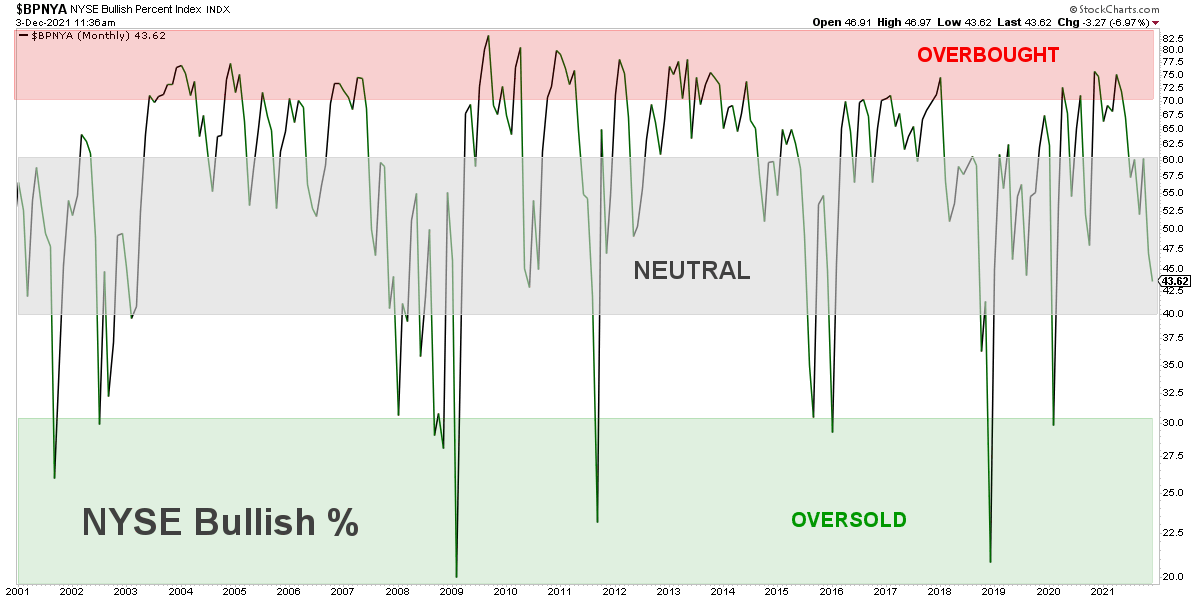 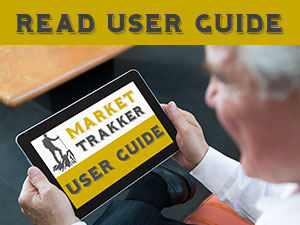 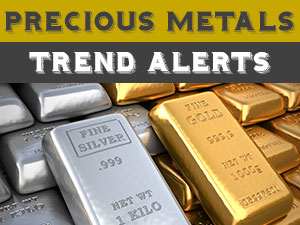 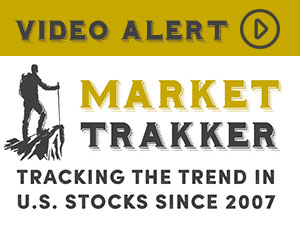 IMPORTANT DISCLAIMER: THE MARKET TRAKKER IS A PREMIUM INVESTOR TOOL THAT IS FOR INFORMATIONAL AND EDUCATIONAL PURPOSES. YOU SHOULD ALWAYS CONSULT A FINANCIAL PROFESSIONAL BEFORE MAKING ANY FINANCIAL DECISIONS. FOLLOWTHEMONEY.COM, ITS OWNERS AND SUBSIDIARIES SHALL NOT BE HELD LIABLE FOR ANY INVESTMENT DECISIONS EMPLOYED BY OUR MEMBERS. INVEST AND TRADE AT YOUR OWN RISK!