U.S. National Debt Hits $17 Trillion: How Did We Get Here? 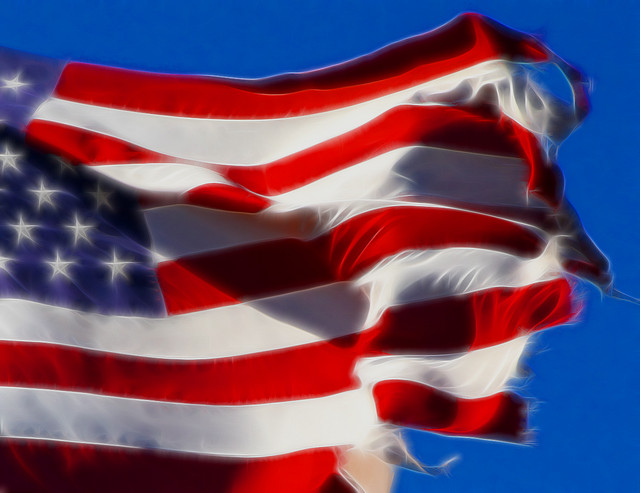 The meteoric rise in America’s national debt has been largely due to something economists call deficit spending. Put simply, deficit spending is an economic term for spending more than you earn. A government that relies upon deficit spending to grow its economy is like a man who pays for his groceries and his rent with a credit card. While this “buy now-pay later” attitude may work for a while, eventually the bill comes due. And when it does, it is often painful.

Search the pages of economic history and you will be hard-pressed to find another government that has relied so heavily upon deficit spending than the United States of America. Similarly, I cannot think of a constituency that has been more supportive of a government’s out-of-control spending in all of history than the American public.

Because America enjoys a unique and enviable position in the global economy, our nation has been allowed to delay the inevitable day of reckoning. But the torch of economic supremacy can never remain in the hands of one empire forever. For this reason, we can know with all certainty that America’s day of financial reckoning, which has been decades in the making, is nearer than ever before.

To help understand the magnitude of our current debt crisis, let us examine an abridged version of the story of America’s national debt from 1980 onward.

In 1980, Ronald Reagan defeated President Jimmy Carter in the race for the White House. Reagan, who famously quipped “government is not the solution to our problem, government is the problem”, won in a landslide victory. Ironically, from 1980-1986, the national debt did in just six short years under President Ronald Reagan what it had taken nearly 200 years to do: it doubled to $2 trillion.

When Reagan’s eight years of massive deficit spending were finally over, the national debt had soared a whopping 184%.

Reagan would later describe the massive debt increase as the “greatest disappointment” of his presidency. But unfortunately for America, the deficit spending under Reagan was just a warm-up for the coming debt marathon that lay ahead. Today, some 30+ years since the beginning of the “Reagan Revolution,”, the U.S. national debt has risen by over 1600%!

Then, in 1993, America elected President Bill Clinton. One of the more priceless political memories that I have from that enchanting decade of the 1990’s occurred during a presidential radio address on January 27, 1996. As Clinton was delivering one of his scripted commentaries to the nation, he made what had to be one of the most absurd statements ever uttered from the lips of a modern U.S. politician. While pandering to the masses about overhauling the Federal government so that it “serves better and costs less,” the first baby boomer President audaciously declared: “The era of big government is over.”

While Clinton’s remarks may now provide us with some much needed side-splitting humor, we do well to remember the context in which his ridiculous statement was made. The 1990’s was a decade of political hope and economic enchantment. Much of the hope of this era was rooted in the sweeping changes occurring in the political landscape; namely, the “Republican Revolution.” The GOP rose to power by making promises to massively reduce the size of government through draconian spending cuts. The details of these spending cuts were graphically portrayed and codified in a brilliant document written by Larry Hunter, Newt Gingrich, and several other GOP leaders, entitled the Contract with America. Through this proposed “Contract,” Republicans promised to demonstrate great “fiscal restraint” and to finally bring the era of “big government” to an end.

In 1994, with massive public support, the GOP gained majority control of the House of Representatives, which had been dominated by Democrats for nearly four straight decades. One year later, Republicans regained control of the Senate. Change was in the air and a growing sense of political optimism filled the country amid GOP promises to confront a bloated federal government that was ripe for the knife.

Ironically, this Republican-led “revolution” led to an increase, not the promised decrease, in government spending.

Today, not only is the era of “big government” back, it never went away in the first place.

While the 1980’s and 1990’s witnessed staggering growth in the government sector, nothing could compare to the skyrocketing spending levels that would occur under President George W. Bush in the beginning of the twenty-first century.

“Many of you have talked about the need to pay down our national debt. I listened, and I agree. We owe it to our children and grandchildren to act now, and I hope you will join me to pay down $2 trillion in debt during the next 10 years. At the end of those 10 years, we will have paid down all the debt that is available to retire. That is more debt, repaid more quickly than has ever been repaid by any nation at any time in history.”

By 2002, America’s national debt stood at a staggering total of $6 trillion.

And in September 2008, the total national debt crossed the $10 trillion mark amid the worst financial crisis since the Great Depression.

During George W. Bush’s combined eight years as President, the total national debt increased by an astounding 86%, growing by an average of $662 billion each year he was in office.

In the wake of the Bush administration, the American public was growing tired of the economic and political status quo. In 2009, a new promise of “change” was in the air. Barack Obama rode this sweeping public demand for “change” right into the White House. Little did the public realize that regardless of which political party is in the White House, you still get the same results.

“I refuse to leave our children with a debt that they cannot repay. And that means taking responsibility right now, in this administration, for getting our spending under control.”

While the people clapped and danced and thought they had finally found their political savior, President Obama was openly continuing the same destructive economic policies and disastrous foreign policy measures as his predecessors. During his time in office, America’s national debt has skyrocketed from $10.9 trillion to its current level of $17 trillion.

And as any casual observer can see, America’s national debt is not shrinking — despite the promises made by either political party to reduce the debt.

Note: The above article is an excerpt from Jerry Robinson’s best-selling book, Bankruptcy of our Nation. You can purchase the book or download a free sample chapter here.

The $328 billion increase shattered the previous high of $238 billion set two years ago.

(FTM Insiders Only) We are preparing for a financial crisis that’s going to sweep America like never before.

As U.S. averts default, Japan and China brace for next dollar drama

China, whose Communist leaders are due to hold a key policy meeting next month, may step up a push for global acceptance of its currency, the yuan or renminbi, as an alternative to the U.S. dollar in international trade.

“October is out of the running. December is not an impossible scenario but seems increasingly unlikely. I think the debate is revolving around January versus March”

Former Pentagon Official to Be Chosen as Homeland Security Chief

During his tenure at the Defense Department, Mr. Johnson shaped the Obama administration’s policies on the detention of terrorism suspects and on targeted drone strikes in Yemen and Somalia.

TSA agent is arrested and accused of taking cellphone photographs underneath women’s skirts as they boarded a plane at Nashville International Airport.

UN: U.S. has killed far more civilians with drones than it admits

UN official says that the U.S. has created “an almost insurmountable obstacle to transparency.”

“Honor the Lord from your wealth and from the first of all your produce; so your barns will be filled with plenty and your vats will overflow with new wine.”
Proverbs 3:9,10