Why does Washington fear the rise of blockchain technology? The answer is hidden in plain sight. Tune in this week to hear economist Jerry Robinson explain why lawmakers are fighting the advent of this new technology and where it could all ultimately lead. 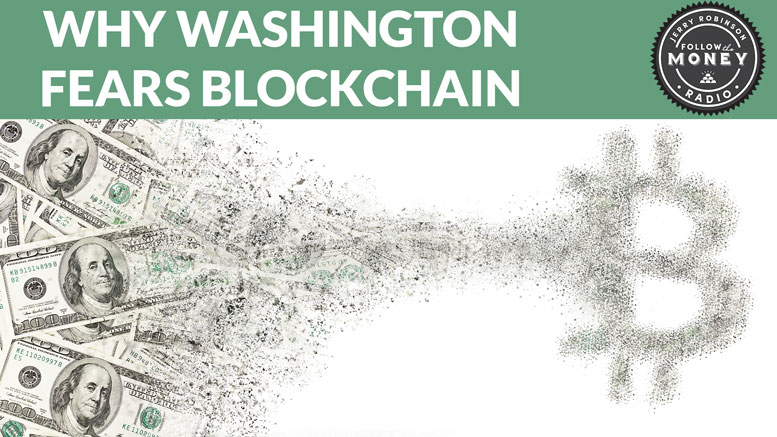 As Facebook makes the case before Congress for its new corporate currency, Libra, China has announced plans to release its own cryptocurrency. Add to that an acknowledgement of bitcoin’s value from the current Fed Chair, and it becomes clear that cryptocurrency’s landscape is shifting. Listen, as economist Jerry Robinson explains what’s really going on in the blockchain arena.
Recommended Links
Preparing for the Collapse of the Petrodollar System
Join our Community
Five Levels of Financial Freedom
2019 Cryptocurrency Investment Report
PODCAST: Bitcoin: The New Wild West
Bankruptcy of Our Nation by Jerry Robinson
Jerry Robinson on Twitter
Find a Christian Financial Advisor

Jerry closes out today’s show with a 1968 quote from a former Fed Chair (before he assumed the office) in a speech promoting the idea of a gold standard to restrain government deficit spending.

PODCAST: All Eyes on the Fed and the Repo Market