May 3, 2013 – U.S. Stocks remain in an uptrend and the FTM General Market Conditions Light is a steady GREEN light. Here is a quick look at the technicals of some of the major indices and commodities, including:

The rally that began in mid-November remains intact. Recent consolidation within the Dow has been healthy, however overall volume has been declining steadily for the last several trading sessions. Major technical support exists at the 50-day moving average, which is currently $14,489. Watch for psychological resistance near $15,000.

The trend in the S&P is firmly intact. Weakening volume remains a slight concern. Solid technical support is between $1,555 and $1,575.

The rally in the NASDAQ appears the most promising from a technical perspective (compared to the Dow and S&P 500). The uptrend is intact. Immediate support is at $3,300, and long-term support is near $3,200.

This is one of the most watched indices in Europe (similar to the Dow 30 in the U.S.), representing 50 of Europe’s largest publicly traded companies. The recent announcement of an interest rate cut by the ECB is lifting this index from four months of consolidation. Given that the ECB has made aggressive statements towards even more monetary easing, this index should be able to shatter its strong overhead resistance near 2,750. Immediate support is at 2,700 and longer-term support is near 2,610. 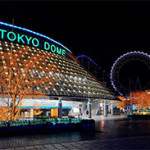 in bond purchases per month. Japan is a debt-ridden country with a dismal economic future. This recent move will likely be the final nail in the coffin. However, the money printing is sparking massive buying in stocks and shorts against the Yen, Japan’s currency. This trend remains intact. However, Japanese stocks are due for some consolidation. Technical support is at $13,000 and longer-term support is at $12,602.

Since February, the U.S. Dollar has been enjoying increased demand amid a concerted inflation of several global currencies. This rise in the U.S. Dollar has hampered metals and commodities. After peaking out near $83.50 toward the end of March, the Dollar appears to be forming a new downtrend. This is confirmed by a fall through the 50-day moving average, declining relative strength index (RSI), and a sell signal in the moving average convergence-divergence (MACD) line. Immediate resistance is near $82.50 and support is near $81.65.

After the Federal Reserve’s ridiculous manipulation of the gold market that caused the yellow metal to fall over $200 in just a few days, a recovery appears to be in place. Demand for physical gold remains very strong and both the RSI and the MACD indicators began

flashing buy signals in the third week of April. However, investors are right to be cautious, given the obvious desperation of both the Fed and the Obama administration in their attempts to buoy the U.S. Dollar by hammering the gold markets. Major resistance is at $1,575 and immediate support is near $1,415.

Silver’s recent (and spectacular) fall has caused some investors to flee to the sidelines. I believe this is a mistake given silver’s long term fundamentals and its accessibility to the masses a a relatively cheap inflation hedge. While volume appears to be decreasing, it is really just a reversion to the mean after the massive volume that occurred during the historic sell-off in mid-April. Silver is a buy, and this is confirmed by the RSI and the MACD. Immediate support is near $23.15, and immediate resistance is near $24.25. Buy physical and hold.

After topping out near $3.80 last September, Copper staged a double top and then fell drastically. The fall gained speed in February 2013, continued in March, and became violent in April. Despite the current sentiment, I believe copper is attempting to consolidate. There is no buy signal yet, but I am watching closely. Immediate support is near $3.06, and immediate resistance is near $3.23.

We continue to get calls and emails thanking us for our extremely accurate call on Natural Gas last year. I called the bottom in natural gas and issued a buy signal. The returns have been phenomenal. However, the charts are showing some major weakness in natural gas currently. I am tightening my stop loss up to $3.88 as of today.