PODCAST: How to Revive America’s Economy with Steve Forbes

On this week's podcast, Jerry Robinson is joined by Steve Forbes to discuss his provocative new book, Reviving America. But first, in segment one, Jerry discusses the recent market selloff and provides his analysis of the growing tensions between Saudi Arabia and Iran.

A large portion of the stocks that experienced outflows on Monday were stocks that had greatly appreciated last year. Some may have sold to lock in gains on the first trading day of 2016 to delay the capital gains tax by another year.

But it wasn’t just U.S. stocks. World equities experienced their steepest decline to start to a year in at least three decades, led by China. 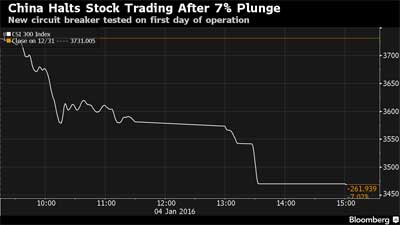 Remember the decline in Chinese stocks last summer? China slapped a six-month ban on several large institutions from selling their stock. That ban will expire this week and there is concern that these investors will unleash even more selling after the ban ends.

A key measure of the health of the U.S. manufacturing sector, the ISM Manufacturing Index, revealed a second month of contraction in December

Additionally, most commodity prices under pressure. Good weather in Latin America has sent wheat, corn and soybean prices all tumbling to multi-year lows.

Supply gluts of grains as well as energy, including oil and natural gas, have left most commodity prices in a tailspin.

But not everything was down on Monday as gold prices rose on global fears.

WHAT HAPPENED?
Last week, Saudi Arabia beheaded 47 people, including top Shi’ite cleric Nimr al-Nimr, sparking outrage around the world. al-Nimr was an outspoken Saudi opposition leader in Shi’a Islam and therefore extremely popular, especially among the youth. He spoke out against the corruption of the Saudi Regime and called for free elections in in the kingdom. (While Saudi Arabia may permit so-called “elections” at the municipal level, the House of Saud rules the country with an closed iron fist.) 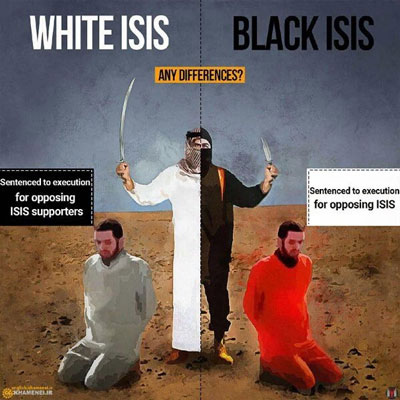 The Saudi embassy in Tehran was set on fire by angry Iranian protesters. The anger is boiling. Saudi Arabia has announced it will dissolve its existing relations with Iran, which is often the final step prior to war. Iran’s leaders have vowed revenge for the execution of al-Nimr. Iranian leader’s website posts controversial image comparing Saudi Arabia to ISIS.

Both are Wahabi. One is simply calling the other’s bluff, publicly.

An Interview With Steve Forbes

The United States has been through one of the most tumultuous decades in recent history. Polls show people on both sides of the ideological divide believe that the country has gone off track. If something isn’t done quickly, Americans face a bleak future―continuing decline and disarray in a world that grows ever more dangerous.

Steve Forbes, two-time candidate for the GOP presidential nomination and Forbes Media Chairman, explains how today’s malaise has been caused by years of Obama’s destructive policies, a broken tax system, and the Federal Reserve’s Soviet-style controls over credit and money.

The problems are challenging. But Forbes tells us that, with the right policies, the country can bounce back faster than people think. In this compelling and much-needed book, he sets forth a three-part plan to revive America.

Patient-Driven Healthcare: The problem with healthcare, Forbes says, is that Big Government, health insurance companies, and employers are in control, not you, the patient. The key to getting high-quality, affordable healthcare is increasing competition and choice, and putting patients in charge.

Enact a Flat Tax: Today’s complex, corrupt tax code must be scrapped. The best answer is a simple Flat Tax. Forbes shows how this very bold reform would free America from the IRS and unleash an unprecedented wave of prosperity.

A Sound Dollar as Good as Gold: With its ever-fluctuating “fiat” dollar, the Federal Reserve has blocked a real recovery and is the prime cause of today’s stagnant, crisis-ridden economy. The answer? Take the dollar out of the hands of the Washington politicians by returning to a monetary system with the value of the dollar linked to gold.

A clear and vital guide, Reviving America shows how the United States can recover the optimism and entrepreneurial dynamism that made it the greatest nation in history. These are 21st century solutions―not the failed ideas of the recent past. Forbes offers specific ideas and plans, not generalities and bromides, and is challenging policy makers to do the same.

Steve Forbes is Chairman and Editor-in-Chief of Forbes Media.

Here at FollowtheMoney.com, we believe that gold and silver are the best forms of money. We also believe that the current paper money system is going to eventually implode due to unsustainable debt levels. The beneficiaries of such an implosion would include hard assets like precious metals, commodities, and other tangible investments.

Most Americans have never purchased investment grade precious metals. FollowtheMoney.com seeks to inform the public about the benefits of owning precious metals. We have created many educational resources that will help any investor — whether novice or advanced — to better understand how to buy gold at the best time, and at the best price.