A Biblical View of True Wealth 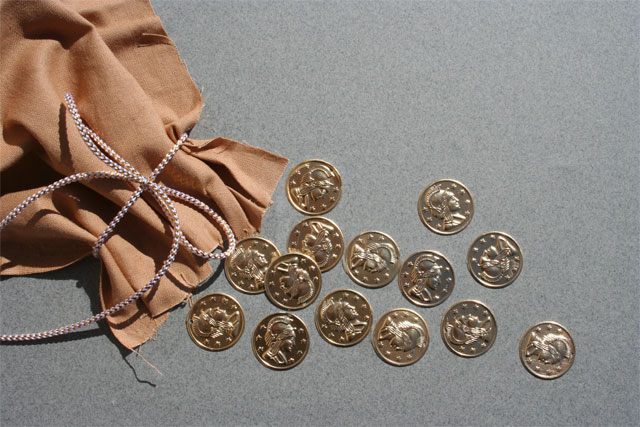 In our era of great material abundance, I believe the need has never been greater for followers of Christ to gain a solid understanding of how the Bible views money, wealth, and possessions.

Today, by popular demand, we are launching a new regular segment that will focus on what the Bible says about money, wealth, and possessions. Today’s topic: A Biblical view of true wealth.

I have been a student of the Bible since I was 15 years old. Over the years, I have spent thousands of hours studying these ancient writings, with a particular focus on the topics of money and eschatology (prophecy). I simply love the Book and believe it holds the answers to all of mankind’s deepest problems.

Over the years, I have spoken at numerous churches around the country on a variety of topics, including how to build “true wealth.” From my travels, I have discovered a wide array of views and teachings held by our nation’s churches regarding the ideas of money, wealth, and possessions.

For example, some churches teach that seeking after money is a “good” thing and that possessing wealth is a sign of God’s “blessing.” Others, however, are uncomfortable with the notion that God “blesses” people with money and view the desire for it as inherently “evil.” And there are, of course, many other views that fall somewhere between these two extremes.

In our era of great material abundance, I believe the need has never been greater for followers of Christ to gain a solid understanding of how the Bible views money, wealth, and possessions.

Of course, I do not have space to explore everything the Bible has to say about money within today’s brief column. After all, the Bible contains a staggering 2,350+ verses on money, wealth, and possessions!

When I first began studying what the Bible had to say about money back in the early 1990’s, I recall being shocked by the immense number of Biblical references to the topics of money, wealth, and possessions. In my naivete, I remember thinking: “Why does God seem so obsessed with money?”

It was only later that I realized that it was not God that was obsessed with the topic of money. Instead, the Bible’s 2,350+ verses on the topic were written due to humanity’s obsession with money.

You see, the Bible is clear that God views money as His chief competitor for the hearts of mankind. The pleasure, security, and peace of mind that money can buy us can serve to devastate our fellowship with God.

The 16th century English philosopher and statesmen, Francis Bacon, once said: “Money is a good servant, a dangerous master.”

Jesus puts it this way: “No one can serve two masters. For you will hate one and love the other; you will be devoted to one and despise the other. You cannot serve both God and money.” – Matt. 6:24 (NLT)

Clearly, God views money as a potential competitor for our hearts and minds.

The Biblical View of True Wealth

This is exactly the type of “wealth” that Jesus enjoyed during His time on the earth.

So, with this in mind, let’s examine three Biblical passages that reveal Jesus’ unique relationship with money and possessions.

1. Jesus Paid His Taxes With a Coin from a Fish’s Mouth

“On their arrival in Capernaum, the collectors of the Temple tax came to Peter and asked him, “Doesn’t your teacher pay the Temple tax?”

“Yes, he does,” Peter replied. Then he went into the house.

But before he had a chance to speak, Jesus asked him, “What do you think, Peter? Do kings tax their own people or the people they have conquered?”

“They tax the people they have conquered,” Peter replied.

“Well, then,” Jesus said, ‘the citizens are free! However, we don’t want to offend them, so go down to the lake and throw in a line. Open the mouth of the first fish you catch, and you will find a large silver coin. Take it and pay the tax for both of us.‘” – Matthew 17:24-27 (NLT)

Notice that Jesus does not pull out a fat coin purse bursting full of money in order to pay His taxes. Instead, He sends the Apostle Peter down to the Sea of Galilee to fetch the money to pay His taxes from the mouth of a fish!

This is the type of “prosperity” and “wealth” that Jesus enjoyed. He had “what He needed, when He needed it“… and not a minute earlier.

2. Jesus Rides into Jerusalem on a “Borrowed” Donkey

“Jesus went on toward Jerusalem, walking ahead of his disciples. As he came to the towns of Bethphage and Bethany on the Mount of Olives, he sent two disciples ahead. “Go into that village over there,” he told them. “As you enter it, you will see a young donkey tied there that no one has ever ridden. Untie it and bring it here. If anyone asks, ‘Why are you untying that colt?’ just say, ‘The Lord needs it.’” So they went and found the colt, just as Jesus had said. And sure enough, as they were untying it, the owners asked them, “Why are you untying that colt?”

And the disciples simply replied, “The Lord needs it.” So they brought the colt to Jesus and threw their garments over it for him to ride on.” – Luke 19:28b-35 (NLT)

Now, if Jesus were like the average American, he would have:

1. Bought a donkey much earlier than he needed it so He could depreciate it for tax purposes.
2. Financed it on an “easy monthly payment plan.”
3. Then, He and His disciples would have dragged the donkey around all over Israel as they preached the Gospel, incurring the added expense of feeding it, caring for it, etc… just in case He “needed” it.

But instead, Jesus had “true wealth.” He was so “prosperous” that He had no need to drag a donkey around for three and half years just to use it for one special occasion. Instead, when the time came for Him to make His triumphant entry into Jerusalem, He dispatched His disciples to get the animal… and not a minute earlier.

This is real prosperity: “Having what you need, when you need it.”

3. Jesus Secured a Room for His Last Supper… At the Last Minute

“On the first day of the Festival of Unleavened Bread, the disciples came to Jesus and asked, “Where do you want us to prepare the Passover meal for you?”

“As you go into the city,” he told them, “you will see a certain man. Tell him, ‘The Teacher says: My time has come, and I will eat the Passover meal with my disciples at your house.’” So the disciples did as Jesus told them and prepared the Passover meal there.” – Matthew 26:17-19 (NLT)

It is obvious that Jesus lived by faith in all things, and especially when it came to money, wealth, and possessions. He was not concerned about heaping up huge amounts of earthly treasures as they would only serve to distract Him from His ultimate mission of going to the Cross for the sins of humanity.

This is the same message that I deliver to every church that I travel to across the country: Real prosperity and true wealth is “having what you need, when you need it.”

Does this mean that it is unbiblical to plan for our financial future. No. We are to be wise with the resources that have been entrusted to us, and even seek to multiply them.

But the example set forth by Jesus shows us that it is indeed possible to possess money without being possessed by it.

And like Jesus, when we place our trust in God instead of money, we can trust that we will always “have what we need, when we need it.”

This was the third highest monthly increase in people falling out of the labor force in US history.

Citigroup: Global equities to rally another 13 percent by end-2014

“Global equities aren’t as cheap as they were in 2011, but that doesn’t mean that they are yet especially expensive.”

Standard & Poor’s Ratings Services on Friday cut France’s credit rating by one notch to AA, sharply criticizing President François Hollande’s strategy for repairing the country’s economy and saying he has little room for maneuver to fix its finances.

Imports to China also showed strength in October, up 7.6% from a year earlier, accelerating a bit from September’s 7.4% pace.

Central Bank of Nigeria teams up with Dermalog for biometric POS, ATMs

The Central Bank of Nigeria has contracted Dermalog Identification Systems to deploy a biometric technology throughout the country’s banking system.

“Voluntary tracking devices will help our teachers and parents in the event that the child runs away and, God forbid, goes missing.”

“But when you give to the poor, do not let your left hand know what your right hand is doing, so that your giving will be in secret; and your Father who sees what is done in secret will reward you.”
Matthew 6:3-4