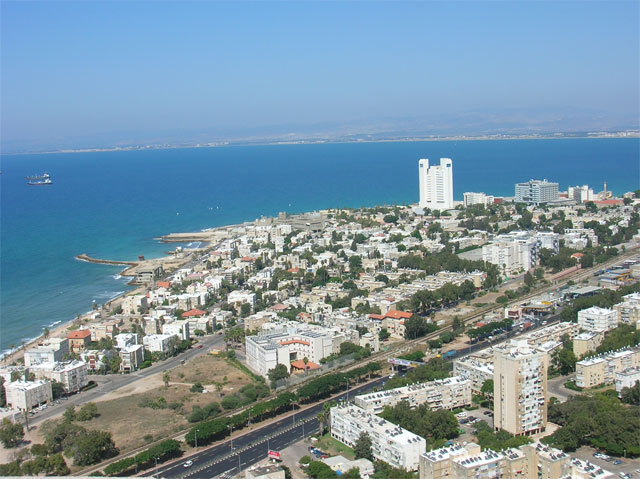 Israel’s recoverable portion of the Levant Basin is enough to make the country energy independent for decades to come. But there are still very serious risks ahead for would-be investors.

In 2009, the economic dynamics of the Middle East changed forever when Houston-based oil and gas company, Noble Energy (Ticker: NBL), discovered a massive natural gas field just off the coast of Israel. The immense discovery, called the Tamar gas field, was a game-changer for Israel, which has led a long, but often fruitless, search for oil and gas within its territory.

And while the Tamar gas field was enormous, nothing could prepare Noble Energy for the discovery that awaited them one year later. In November 2010, deep within the Eastern Mediterranean Sea, just 80 miles from Israel’s coast, Noble made the largest natural gas discovery in over a decade: the Leviathan gas field. Current estimates by the U.S. Geological Survey reveal that the entire Levant Basin, which holds both gas fields, holds up to 122 trillion cubic feet of natural gas and upwards of 1.7 billion barrels of oil. Israel’s recoverable portion of the Levant Basin is enough to make the country energy independent for decades to come.

Earlier this year, Noble Energy, in partnership with Israeli-based energy company, Delek Group Ltd., announced that natural gas had begun flowing from the Tamar gas field into Israel. The country is now preparing plans to begin exporting up to 40% of its natural gas to neighboring countries within 2-3 years.

Obviously, these new discoveries are already having a tremendous impact on both Israel’s economy and its geopolitical standing within the region (It is interesting how a sudden economic windfall can cause even mortal enemies to suddenly seek cooperation).

So far, the discoveries have produced a sense of both increasing hope and tension.

Turkey, for example, is in desperate need of more energy and appears anxious to gain access to the newly discovered gas supplies.

Although Israel’s relations with Turkey have eroded dramatically in recent years, both Israeli and Turkish business leaders have been applying intense lobbying pressure to gain government approval for direct trade of the newly discovered natural gas.

Israel’s relations with Cyprus are also evolving rapidly due to the recent discoveries. Back in February 2012, Benjamin Netanyahu became the first Israeli Prime Minister to make an official visit to Cyprus — ever. (This is remarkable considering the island country sits less than 200 miles away from Israel’s coastline.) Together, the two countries aspire to create an Israeli-Cypriot pipeline that will extend into Europe’s energy-hungry markets, via the island of Crete. Such a deal would be a win-win for the region, with one major exception: Increased European energy demand for Israel’s natural gas will likely reduce Europe’s dependence on energy supplies from Russia and Arab oil-producing countries.

Together with Israeli-based energy company, Delek Group, Noble Energy is leading the charge to sign export deals across the region.

Below is a chart of Delek Group. 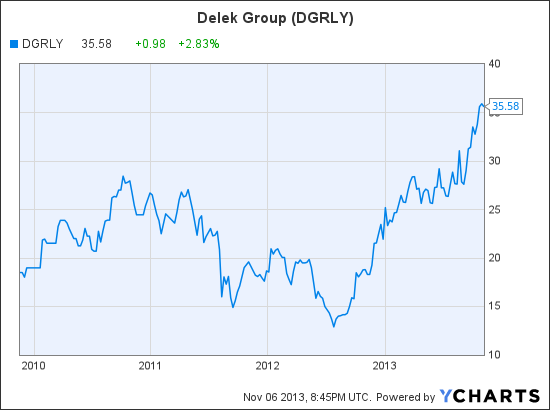 Below is a chart of Noble Energy. As you can see, investors have recently driven up the stock price in anticipation of a future European export deal. 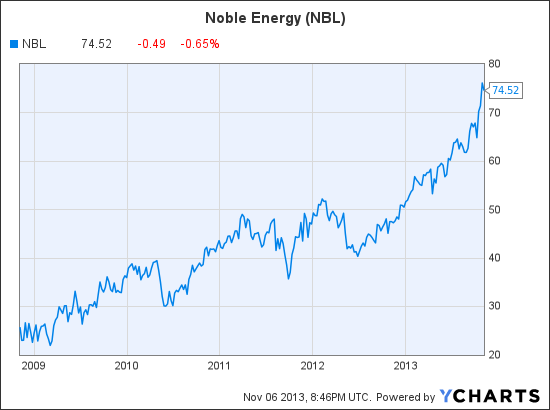 NBL Financials: Noble Energy has reported nearly $5 billion in annual revenues, which are growing each year, and the company has a fairly decent Return on Equity (ROE) of 12.8%. However, the company appears to be a bit overvalued for my taste, with a Price/Book ratio of around 3 and a P/E Ratio of well over 20. I wouldn’t buy at current levels. However, I do plan to invest in the company in the future when its valuations make more sense. I will alert our FTM Insider community via email (in real-time) when I decide it’s time to add the stock to our portfolio.

While the oil and gas discoveries have provided the region with economic hope for the future, there is already evidence of maritime border disputes.

What about Zion Oil and Gas?

On a related note, I am often asked by readers about my thoughts on a company called Zion Oil and Gas (Ticker: ZN). I was first introduced to the company back in 2008 when the company’s CEO, John Brown, sought my endorsement of his company. I declined then and continue to decline today. While Brown seems sincere in his beliefs, my problem with the company is a very simple one: They have no revenues. They have no revenues because they have found no oil. No revenues means no earnings. And no earnings, well, you get the picture…

Since the company went public, shareholders in Zion Oil have seen their shares fall by 85%! 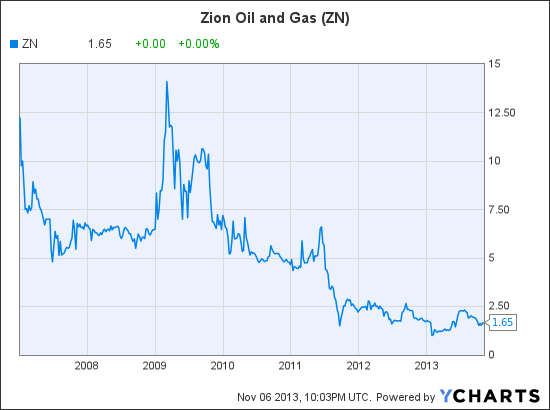 Notice that Zion is searching for oil “onshore”, not “offshore” where the largest discoveries in a decade have just been found.

Could Zion eventually strike oil and gas within Israel? It’s possible. However, I continue to view an investment in Zion as little more than a gamble until they make a discovery. If Zion Oil and Gas ever strikes oil on Israeli land, there will likely be plenty of time to examine the findings and make a wise investment decision. But as a good financial steward, I cannot chase dreams. Money is being made right now from oil and gas discoveries off of Israel’s coast. As you can see in the chart below, while investors in Zion Oil and Gas have lost 85% since 2007, investors in Noble Energy have seen their investment rise by more than 200%!

The Tale of Two Companies Searching for Oil in Israel 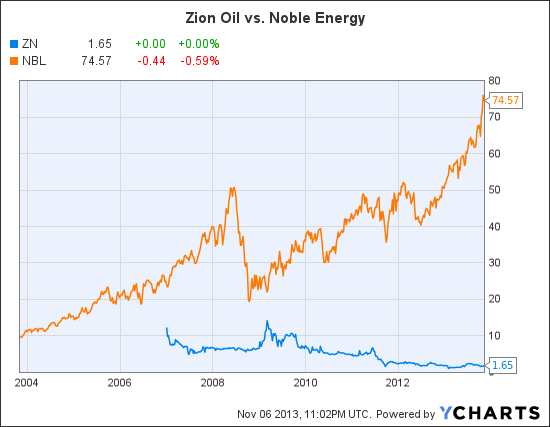 The Dow rose to another all-time high Wednesday as investors focused on mostly solid corporate earnings.

MF Global Customers Will Recover All They Lost

Two years after $1.6 billion vanished from their accounts, MF Global’s customers are now all but assured to collect every last penny.

Traders say the yuan’s rise as the biggest move in global currency since the euro’s introduction.

How malls plan to keep shoppers safe this holiday

Big brother will be on full alert this Christmas season…

A breakthrough in genetics – described as “jaw-dropping” by one Nobel scientist – has created intense excitement among DNA experts around the world who believe the discovery will transform their ability to edit the genomes of all living organisms, including humans.

“But when you give to the poor, do not let your left hand know what your right hand is doing, so that your giving will be in secret; and your Father who sees what is done in secret will reward you.”
Matthew 6:3-4