Investors Brace for a ‘September Shock’

Investors Brace for a ‘September Shock’ 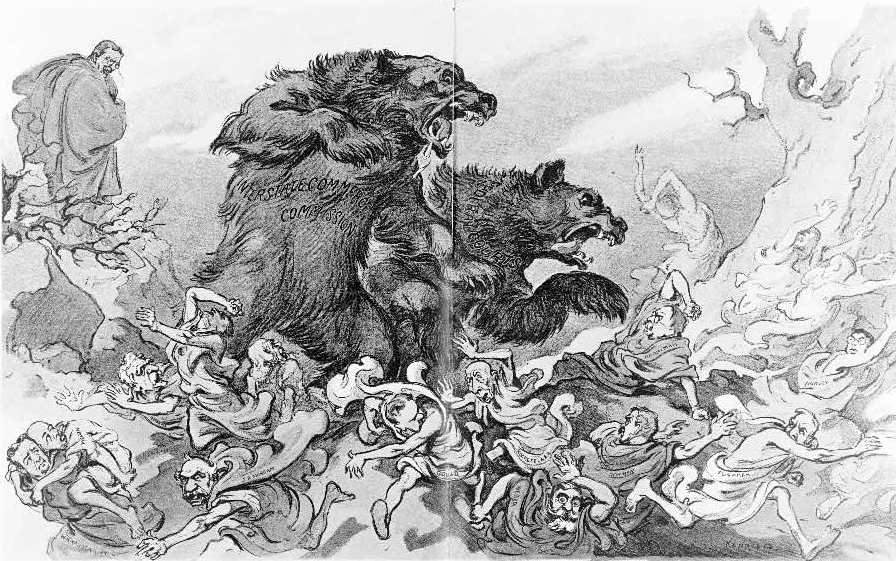 FTMDAILY.COM – Despite the recent price advance in stocks, we have observed three weeks of very low volume in the U.S. stock market. This is somewhat normal for August, but when coupled with geopolitical tensions and rising economic fears in Europe, the current stock rally seems a bit out of place.

And now, we head into September…

Historically speaking, September is one of the toughest months for stocks. For the past 30 years, the Dow Jones has fallen an average of 1% in the month of September.

And, of course, there’s October…

Just remember Black Monday in October of 1987 when the Dow Jones fell 22% in just one day, or the Great Depression, the catalysts for which was a massive sell-off in stocks in October 1929.

According to the WSJ:

“The big crashes of 1929 and 1987 came in October, but on average, October shows gains over the past 20, 50 and 100 years. The only month that shows an average decline in all three periods is September.”

Of course, this could very well be a self-fulfilling prophecy. Investors have long been concerned over September and October and often react by selling in response to any event they perceive could lead to a potential sell-off.

U.S. stocks are in a really strange place as the Fed has completely distorted the economy and the markets. Profit maximization has always been the incentive. However, when the Fed can help investors achieve that incentive through lax monetary policies, including near-zero interest rates, trouble is around the corner. Now, many investors literally crave poor economic data so as to delay the Fed’s inevitable tightening (i.e. interest rate hike).

In a healthy and stable economy, poor economic data is not desired. This is 100% backwards thinking and is the noxious fruit of America’s failed monetary and fiscal policies.

Right now, momentum investors and traders and driving this stock market higher. In essence, it is mere speculation that upholds these markets. Despite the current hesitation at the 2,000 level on the S&P 500, U.S. stocks could still rise much higher from these levels in the coming weeks and months.

One sharp pullback over the next 30-60 days is all that is needed to scare off the speculators… Then the market will be in trouble.

Remember, no one knows what the market will do tomorrow. (And if anyone does know, they aren’t talking, they are gaming it.)

That’s why I have been a trend trader for over a decade. Trends don’t lie.

So, how can you turn the potential “September Shock” into profits?

First, you could choose to reduce some of your holdings and lock in gains, but that may be a bit premature given the strong uptrend that remains intact on U.S. stocks.

Another idea would be to beef up your holdings of foreign stocks, most of which are relatively cheaper than U.S. stocks currently. (For example, the S&P 500 currently trades at 19 times its companies earnings over the past year. The historical average is 15.5.)

Speaking of trading, we have just released our brand new Currency Ratings, our ETF Cheat Sheet, and our P.A.C.E. ETF ratings. FTM Insiders can check them out online now.

The Euro continues its downward spiral falling to a fresh one-year low against the U.S. dollar this week. The descent comes as investors prepare for a potential announcement of new money printing by the European Central Bank (ECB) later this week.

The Eurozone has been battling a slowing economy, general price deflation, and now, is faced with a triple dip recession. The ECB has already cut interest rates to near-zero earlier this summer. But now, many investors expect the ECB to announce a new round of monetary stimulus at its upcoming September meeting this Thursday.

The strong selling pressure on the Euro, coupled with fear in the broader global market, has sent the U.S. dollar rising. Remember, when the U.S. dollar rises, it causes the prices of commodities denominated in those dollars to fall (i.e. oil, gold, etc.).

But a strong dollar also hurts corporate profits of companies that rely heavily upon revenue from exports. Think of global brands like Coca-Cola and Johnson and Johnson who earn a large part of their revenues from their customers overseas. When Coca-Cola converts that revenue back into a stronger dollar, it hurts the bottom line. So, if the dollar continues to remain at this elevated state for some time, watch for corporate profits to begin falling when many U.S. companies begin reporting their third quarter results next month.

Since July 1, the U.S. dollar has risen strongly. Since the beginning of 2014, the USD has risen by 5% over the Euro.

If the ECB does not announce new monetary stimulus this Thursday, or at least strongly hint at it, the selling pressure on the Euro could ease, leading to downward pressure on the U.S. dollar. This would be bullish for gold, silver, and oil prices denominated in U.S. dollars.

Crude oil is currently at a 15 month low, which brings us to the Russia/Ukraine issue. It is this tension that is causing investor concern over European markets. Tensions are soaring between Russia and the Ukraine, and the fighting continues to intensifies.

Additionally, the intentional drop in the price of crude has been firmly directed at Russia, which is extremely dependent upon oil sales for its government revenue. But Russia has been hitting back at Western sanctions by recently announcing its plan to sell its oil in its own currency. Gazprom, Russia’s largest oil and natural gas producer, is set to deliver two oil tankers to Europe later this month. The payment method will be in rubles.

In addition, earlier this week, Russia and China announced the launch of what will be the world’s largest gas pipeline spanning nearly 2,500 miles and linking gas fields in Eastern Siberia to China. The $400 billion gas deal between the two countries will see Russia deliver 4 trillion cubic meters of natural gas to China over a period of 30 years.

An Update for Precious Metals Investors

Next, Jennifer Robinson is here to update our FTM Insiders on Trigger Trading activity for the past week. We sold two positions last week, both on August 26. MAR sold for a 2.83% gain, and BRCD profited a whopping 7.64% in only 3 trading days. We currently have 10 stocks in play in the markets, including: SIRI which is up 3.42%, NHI up 4.25%, and WWAV which is up over 6.5%! We also raised our stop loss on two positions in order to lock in some of those gains. Four stocks are still awaiting Jerry’s trigger price at this time.