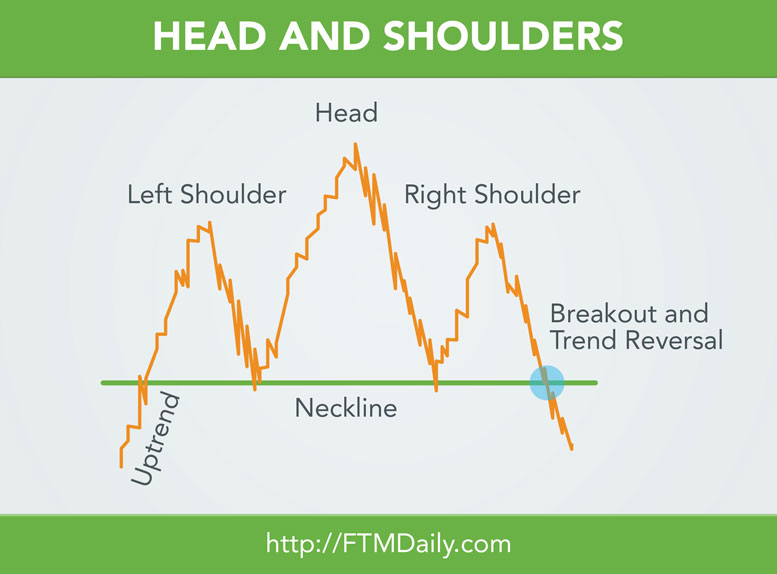 The head and shoulder formation is one of the most popular reversal patterns and often indicates a shift in the underlying trend. Because this is one of the most common patterns that occur near market tops and bottoms, it is an important pattern to be able to identify on a chart.

The head and shoulders stock chart pattern consists of a left shoulder, a head, a right shoulder and a neckline.

Next, prices rally higher to form the left side of the head, typically on larger than normal volume levels. The decline, which forms the right side of the head tends to come on weaker volume.

The neckline is discovered by drawing a line across the bottoms of the right and left shoulders and the head.

The reversal pattern is confirmed, and the sell signal occurs, when prices fall below this neckline after forming the right shoulder.

Below is a real example that illustrates this pattern. 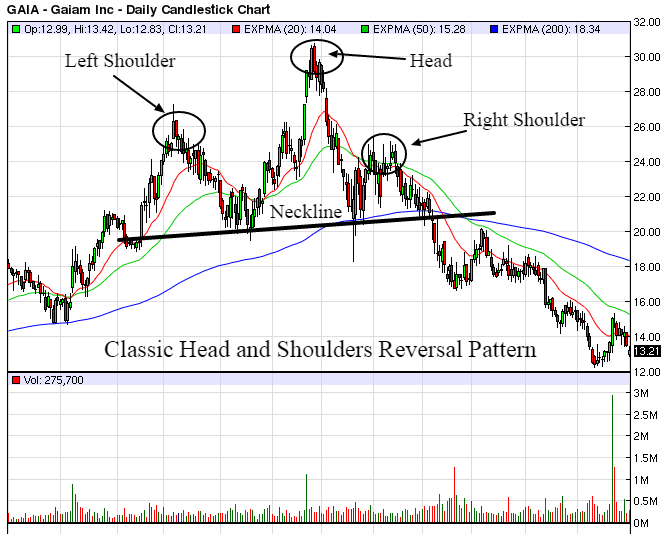 As you can see from this example, the neckline will not always be perfectly horizontal. Nevertheless, when this pattern appears on a chart, there is a good chance that the uptrend is over and a new downtrend is forming.