Is the Chinese Yuan a Good Investment?

Is the Chinese Yuan a Good Investment?

Hi Jerry, would it be wise to invest in the Chinese Yuan?

T.R., thanks for the good question. Investing into the currencies of other countries can be an effective way to diversify your savings and investments. We have long used a basket of stable foreign currencies to diversify a portion of our savings. (Read more about our unique savings approach here.)

Over the last several years, China’s relentless economic growth has brought international attention to the Chinese yuan. China has the second largest economy in the world and while there are some important concerns about China’s excessive debt levels, the country currently enjoys low levels of unemployment and inflation.

There also seems to be a bit of confusion about the actual name of China’s currency as it is called both the “renminbi” and the “yuan.” The renminbi (RMB), which literally means “people’s currency” is synonymous with the “yuan” (sign: ¥). (This is similar to the British pound sterling… Is it a pound, or a sterling? It’s both, just two names.) 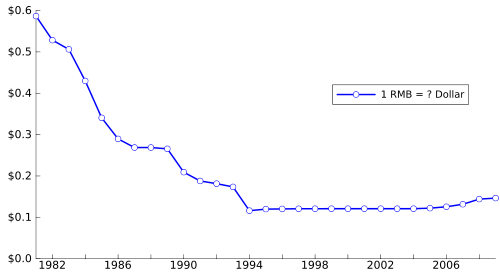 As China’s economic dominance continues to spread throughout the world, more countries are beginning to see the benefit of conducting trade transactions in the Chinese yuan. For example, Frankfurt (Germany’s financial capital) just announced it will be joining London, Singapore, and Hong Kong in issuing yuan-backed bonds.

Additionally, China has been rising in global payments usage. See the chart below, or click here.

As more of China’s global trade is settled in yuan, it will serve to strengthen the currency in the coming years. (It is expected that 30% of China’s cross-border trade will be settled in yuan by next year.) Some even expect the yuan to eventually be backed by gold, which would make the currency extremely attractive against its fiat-based competitors.

Regardless, we expect the yuan to be one of the world’s top currencies and fully convertible sometime before the end of this decade. Therefore, I believe the yuan can serve as a potential hedge against the U.S. dollar for both saving and investment purposes.

However, it is always important to check the overall trend of any currency before investing. Consider the following chart of the Chinese yuan.

However, since peaking out in January the yuan has been moving lower against the U.S. dollar. This has been due to some policy shifts being made within China’s economy. Last February, China’s central bank began aggressively pushing the currency lower in an effort to stamp out speculators who were betting on the currency’s continual rise. The central bank became so aggressive that it “ordered major state-owned banks to buy dollars and dump yuan.”

Put simply, it may be wise to wait for China’s central bank to finish its widespread campaign against “speculators” before buying the currency.

Each month, FTMDaily’s Global Currency Monitor tracks and rates nine global currencies, including the Chinese yuan. We update these ratings every month for our subscribers. Our Global Currency Monitor is a currency rating system for those seeking to diversify away from the U.S. dollar. This service simplifies the selection process of currency investing, helping you buy the right currency… at the right time.

You can learn more here, or by watching the 60 second video below.

Frankfurt is joining London, Singapore and Hong Kong in the fast-moving market for bonds denominated in the Chinese currency.

Only 13% of Americans considered home ownership as their “top long term financial goal,” down from 17% in 2011.

A combination of a huge oversupply of housing and a shortage of developer financing is producing a housing market downturn that could drive China’s GDP to less than 6% this year.

Russia Can Switch to Payments with India, China in National Currencies Crushing Dollar Amid Sanctions

Russia steps up its anti-dollar rhetoric…

According to Russian Central Bank estimates, building the infrastructure for the launch of the national payment system may take up to six months, but the distribution of the cards to the public could take up to two years.

The commander of U.S. air forces in the Pacific says Russia is demonstrating its capabilities and gathering intelligence on U.S. military exercises.

Documents drawn up by planners from China’s People’s Liberation Army that were leaked to Japanese media include proposals for detaining key North Korean leaders and the creation of refugee camps on the Chinese side of the frontier in the event of an outbreak of civil unrest in the secretive state.

Iran has indicated it would be willing to supply natural gas to Europe amid concern that Russia could retaliate against EU sanctions by restricting its own supplies of the fuel.

There is no new thing under the Sun…

The Supreme Court has upheld the right of local officials to open town council meetings with prayer, ruling that this does not violate the Constitution even if the prayers routinely stress Christianity.

Virginia Proposal Would Limit Size of Gatherings at Private Homes

The proposed zoning ordinance limits “group assembly” at residences to 49 people a day. Such gatherings “shall not occur more frequently than three times in any 40-day period.”

Mile for mile, there are almost as many earthquakes rattling Oklahoma as California this year.

The Vatican reportedly placed an official request to examine the scripture, which was written on pages made of animal hide in the Aramaic language using the Syriac alphabet.

The Hidden History of the Federal Reserve

Topic: In this episode, Jerry Robinson discusses the long and sordid history of the Federal Reserve.

“Not that I am speaking of being in need, for I have learned in whatever situation I am to be content. I know how to be brought low, and I know how to abound. In any and every circumstance, I have learned the secret of facing plenty and hunger, abundance and need. I can do all things through him who strengthens me.”
Philippians 4:11-13