CONFUSION REIGNS AT THE FED 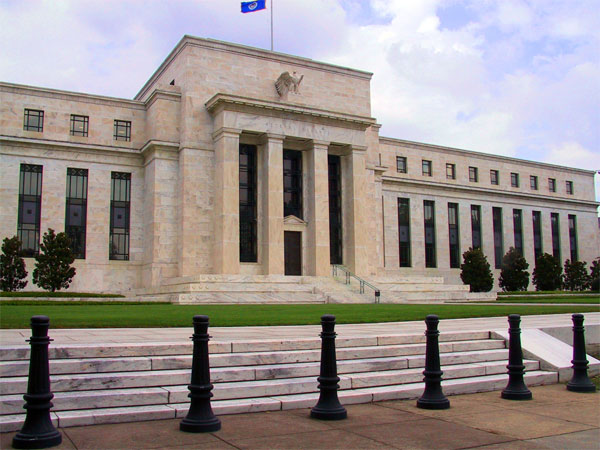 Imminent Hike in Interest Rates?… The newly released January FOMC minutes show that some Federal Reserve officials sought to hike the benchmark interest rate (federal funds rate) sometime before mid-2014. Gold and silver reacted negatively to the news of a possible imminent increase in interest rates. After all, a hike in interest rates would support the U.S. dollar. U.S. interest rates have been near zero since the economic crisis began back in 2008.

Steady Tapering Appears On Tap, Maybe… Several FOMC members favored the idea of cutting current QE by $10 billion per meeting. The Fed appears intent on continuing its plan of ending QE3 no later than the end of this year. Of course, future tapering will continue to be dependent up an “improving” economy.

A Shift in Forward Guidance… Until now, the Fed has pointed to a sub-6.5% unemployment rate as a key threshold for slowing monetary stimulus and hiking interest rates. But now that we are closing in on that figure, (currently 6.6%) the Fed is now shifting away from the unemployment rate as a primary indicator. Instead, the Fed will be looking for a variety of figures to guide their decisions, including “financial stability.” (Still no clue what this even means…)

What Jerry Thinks… FTMDaily continues to forecast that the Fed will pause its taper and even increase its bond-buying purchases in the future as the economy hits more rough waters.

According to FTMDaily.com Founder, Jerry Robinson:

“A reading of January’s FOMC Minutes reveals that there is no clear consensus at the Fed over what to do next. Because the Fed is operating in uncharted territory, they are literally making this stuff up as they go. In an economy that is completely shaped by perceptions and confidence in the monetary authorities, such confusion could leave investors running for the exits. Continue to proceed with caution.”

So many students are graduating from college with so much debt that they cannot buy homes, threatening the nation’s housing recovery and blocking a generation of young people from attaining that first staple of the American Dream.

Natural Gas Soars on Threat of Another Polar Vortex in March

Natural-gas futures jumped 11% on Wednesday to their highest settlement in more than 5 years, as cold U.S. weather and forecasts for more continue to feed worries about supplies.

Home purchase applications are hovering close to their lowest level since 1995.

A new report by HBSC reveals that Asian nations have more than tripled their financial wealth since 2001 to just over $80 trillion.

Yuan Takes Another Step Forward as a World Currency

Australia to launch yuan payment service to allow firms to fully settle their Chinese trade in yuan rather than U.S. dollars.

READY TO BUY? View Our Current Specials on Precious Metals >>

Ukrainian President Viktor Yanukovych moved to quell a growing insurgency by granting sweeping powers to the army and police after a region declared independence from his government, risking wider conflict.

China has long trained for an amphibious invasion of Taiwan during military exercises but has expanded its training to include a similar attack on Japanese holdings in the East China Sea, according to the chief of intelligence of the U.S. Pacific Fleet (PACFLEET).

Accord may grow into $30-billion partnership for Israel to become Jordan’s main supplier, while separate deal with Turkey also possible.

Late Tuesday night, NASA issued a warning about a geomagnetic storm, which coupled with a second solar eruption caused auroras here on Earth, and trouble for spacecraft and satellites.

Under proposed plan, FCC researchers would pressure the press on what to cover.

The Medical Innovation Bill, a bill to legalize Cannabis in South Africa for medical, economic and industrial purposes, was introduced in parliament yesterday.

New EPA restrictions would ban the production and sale of the kinds of wood-burning stoves that compose 80 percent of those currently in use in the United States.