I want to start this out by saying we just finished the first quarter of the year, and of the 30 investment indexes that were followed, gold was number two with 7.1% gain this year. That included the 9% drop it had the last two weeks of the quarter, so we had quite an amazing quarter, and yet people are asking me what’s wrong with gold when it’s the number two investment index out there. The only thing that beat it was European stocks. We had quite a great first quarter, and we expect the second quarter to be very similar to the first quarter in gains.

Silver did not fare quite as well, as it only went up 3% for the first quarter, but once again, if you multiply that by four, that’s going to be a double digit year. We still believe silver’s main move this year is ahead of us and not behind us. We’ll keep watching that very closely.

As I record this on Thursday due to restraints, everybody is awaiting the big news tomorrow on the jobs report. It’s almost become comical to a veteran financial adviser or financial planners that have been in this business for 20 or 30 years after we watch the John Williams and shadowstats do the statistics and then the government started changing everything, and John went out and now has shadowstats.com.

We still follow the real numbers and not the government’s numbers that are not true numbers, honest numbers, or accurate numbers. It’s almost like weights from the Bible being completely wrong, and yet, we look at them and markets react to them.

So, by the time you hear this on Saturday or Sunday when you listen to it, we will have already seen a jobs report that will probably say that 200,000 jobs were created, and the unemployment rate went down to 6.6%. The unemployment rate is at least 50% higher than that at around 10% for the real unemployment rate. If you want to base your figures on the government’s and do that, then you’re making a very, very critical mistake on investments going in, especially the last nine months of the year.

Another interesting thing that’s happened this week has been China putting in what they call a mini stimulus. Their economy has slowed down, and they got so used to double digit growth every year and 6 or 7%, while we’re sitting over here with 1 or 2% growth. Once again, that’s not even real. When they got down below 5% on an annual rate, they have added their own little quantitative easing. That’s done nothing to the market this week because of the statistics we’re waiting on on Friday.

They have given us a view, once again, that no one is going to let their economy go under. They’re going to keep having quantitative easing whether it’s in Europe, China, or the US. There’s going to be no cutback. It kills me how stupid Americans are. We’re still creating $55 billion a month in stimulus, and we act like something good has happened because they’ve cut it from $85 billion a month to $55 billion. It is still absurd and ridiculous to be creating $600 or $700 billion, and we know that in the end, gold and silver will be the only winners. But all the way along the line until the sentiment changes, we will continue to see the volatility. Certainly, it’s been great for gold in the first quarter.

I have no really bullish news to report today, but it’s just right on the horizon like what’s going on in Ukraine, Israel, Iran, or Iraq. It’s just really kind of quiet this week, not a lot of news out of those areas or potential hotbeds.

I do have one last item I want to bring up. Long term listeners of mine and long term readers of Bill Murphy’s website are very familiar with the largest trader in the world, who’s trade name is The Stalker out of London. Basically, people say he stalks some markets when he wants to move them, but, certainly, that’s not exactly right.

Yesterday on Bill Murphy’s website lemetropolecafe.com, The Stalker, reportedly yesterday morning when gold was $1380, was interviewed and they asked him if he was already 50% into his position in gold. He said when it drops to $1280 in a week or two, he would go in. Everybody kind of looked at him like he was crazy. Gold was at $1380 and not going back down, but when it got to $1280 yesterday morning, he moved 25% more in. So, he is not 75% invested in gold and he said he would buy the last 25% when one of two things happened, gold either got to $1326, or gold broke $1280 and went below $1250. He would then buy his remaining 25%, making him 100% invested.

Silver is even more interesting. Once he went out in November at $24.80, the last two months of last year silver fell down to $19.50 by the end of the year, he was out of the market. He now says he is ready, and sometime in the near future he expects one of two things to happen. Either silver goes back to $22.50, and he would enter 100% of his silver position at one time, or if the price of silver was to drop down below $19, then somewhere below $19, he would take his position. He said it could be as low as $17.50 to $19, I think, is the way it was quoted.

This is good news for you that follow The Stalker, but he fully intends to be in silver. For one of those two things to happen, to either get a sharp drop and a big entry point, or it starts moving back up to test that $22.50 where it was in the middle of March before it had the pullback of $2 at the end of the quarter.

Hopefully, this gives you some good information, but we don’t have any earth-shattering news in this weeks update. If any of you need to get in touch with me, you can reach me at 800-247-2812. 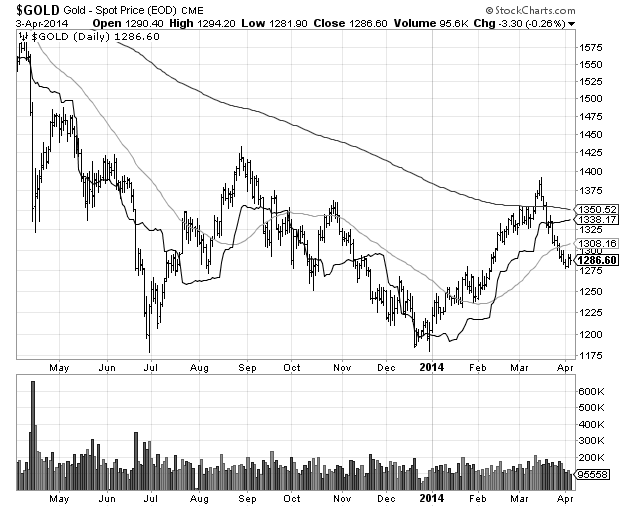 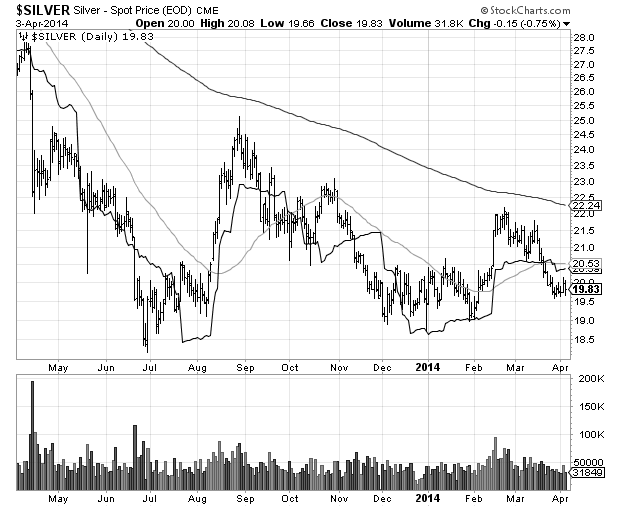 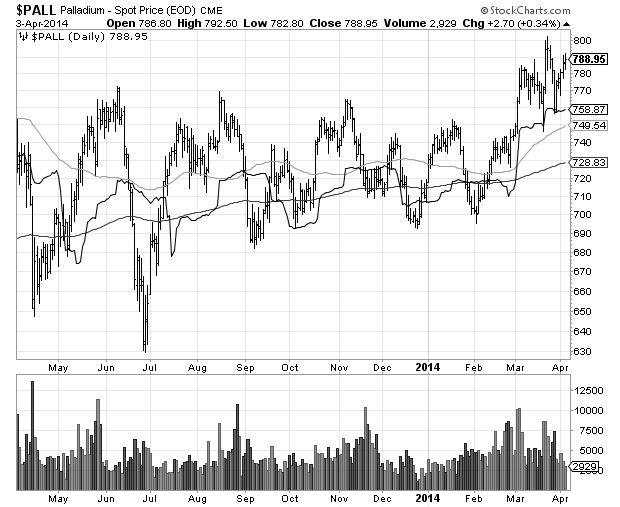 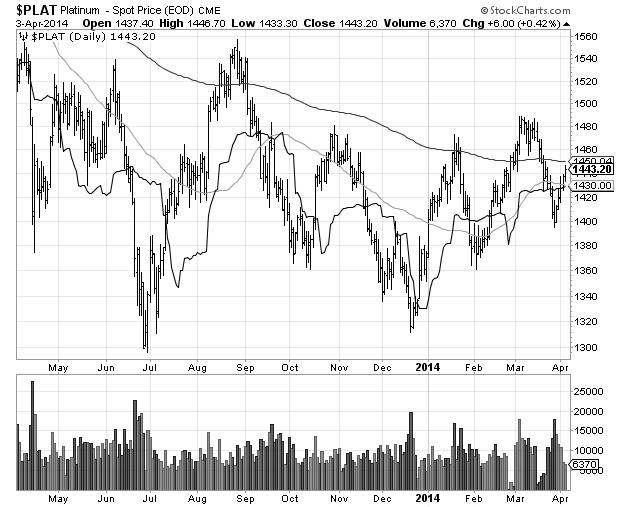