Money Flowing Out of Stocks Into Hard Assets

What I would like to do this week is just recap some of the things we’ve talked about the last few weeks because right now there’s so much on the fundamental side that we’re looking at, especially the stock market and retracting and a lot of the major timers like Richard Russell moving their clients completely to the sideline.

Money Moving Out of Stocks, Into Hard Assets

I want to start out with a question that many financial advisers are asking. They ask what is going on right now? Is it a prelude to 2008 all over again? Certainly, what I’m talking about is the vast manipulation of interest rates by the central bank.

What we’ve seen the last two years with the quantitative easing is that the bankers and borrowers have gone wild. When you can borrow money at one quarter of one percent like one bank can borrow from the Fed and then turn around and buy 10 year treasuries and get nearly 3% on it, why in the world are they going to take a risk?

Then, all of a sudden, you see a peak in the bubble. What’s going to happen to that bubble, when the central banks begin to tighten, and we start seeing those interest rates ease up. That’s when it always gets people, the awareness that it’s not genuine savings that is driving the credit bubble, but it’s a credit bubble that’s been funded by easy money, quantitative easing by Bernanke and also Janet Yellen as she takes over.

We think we’re getting ready to see money recycle or repatriate back into hard assets soon. We’re also seeing central banks already working and buying, even though a lot of people thought they wouldn’t buy under the new tier one investments until later in the year, two major purchases earlier in the year by central banks, and we’re always hearing about deals being shopped.

We also saw what happened to the German bank, coming out this year, where they were expecting 30 tons to 50 tons as promised from the New York Fed and they received only 5 tons of their gold. Remember, we hold 300 tons of Germany’s gold, and, of course, anybody with any common sense knows that gold is leased out and isn’t where it’s supposed to be. This continues to be a major item that will just continue to grow problems as the year wears on.

The Dutch bank, as we talked about early this year, is now getting out of the London gold fix where 5 or 6 companies fix the price of gold every day. With all the financial investigations going on, we think we will see others want to get out of the gold fix, too.

This is certainly a huge story as we’ve seen four unexpected deaths of people that were being subpoenaed in these financial cases. They’re calling some of them suicides, but certainly, when you see four people being subpoenaed in these investigations from the Dutch bank and other banks being investigated, it certainly smells like a lot more than just these people committing suicide. These are certainly things we want to watch.

Jeffery Nickles, the director of the APM advisers, has reported that he believes China now has 2710 tons of gold. It moves them from seventh two years ago to third position behind the US and Germany. We’ve seen them come up with 1054 tons in 2009 to now 2710 tons of gold. It looks like, as reported by many sources including Everbank, that China is expected to move quickly to get to 4000 tons and have some kind of gold-backed Yuan and knock the dollar out of their reserve currency.

The last thing we’ve seen just, literally, in the last few days is the defacto currency and trade. We’ve now seen eight countries publicly state that they will move out of the US dollar and bilateral trade agreements in oil payments, and those are Russia, Iran, Brazil, China, Japan, Australia, Iraq, and India.

There’s just too many fundamental things that are going on right now that, for the people that are negative on gold and are talking about it going down and breaking below $1180, I just don’t see it, and if I did, I would certainly tell you. I think that you’ve seen, literally, the last month that gold will be below $1300. I look for it to move any day. It has already gone from $1207 to $1267, as I record this, since January 1 for over a 5% gain in just a little over a month. I’m certainly expecting to see much higher gold prices.

All I can say is the longer you wait, the more you’re missing the boat. If you’re waiting to get out of stocks, you should be recycling some of that money back into gold if you moved out while gold was moving down.

With all these things out there, you certainly can’t turn your head and look at these fundamentals, and then, all of a sudden, with all these major timers just this week moving back into gold, not think that from the technical standpoint as well as the fundamental standpoint, it looks like gold is going to have a 13th year up and only one year down.

I didn’t spend much time today on silver, but certainly silver is following. More and more as we get proof that we’re not going into a world recession, you’re going to see silver probably even out perform gold. We will keep an eye on that ratio that’s grown early in the year to up to 65:1 from 62:1 when the year started. I think a lot of that is central banks purchasing, and we just don’t have enough proof.

The economies worldwide are just not strong enough, and the car numbers coming out have not been strong enough to drive palladium and/or silver up as much as gold has been driven up this year. So, hopefully, this will give you a good view of what’s going on, and if any of you need to talk to me, you can reach me at 800-247-2812. 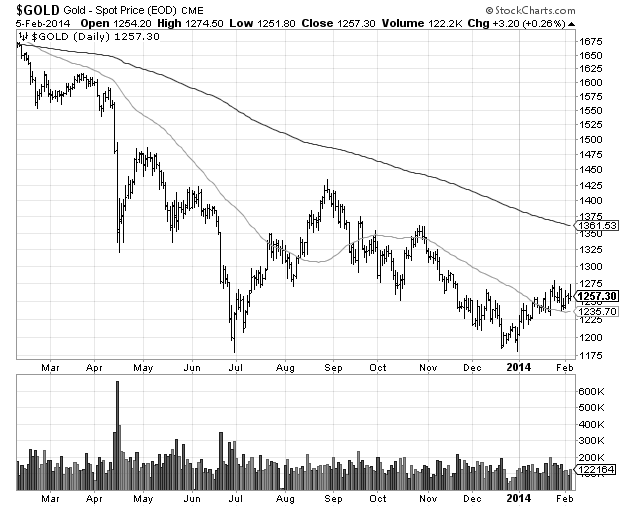 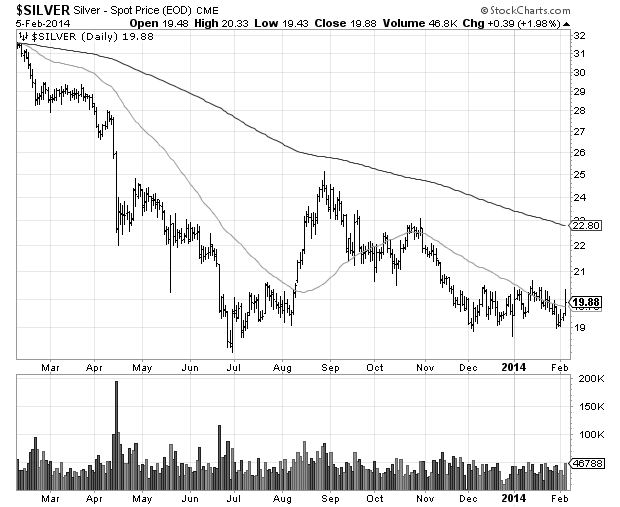 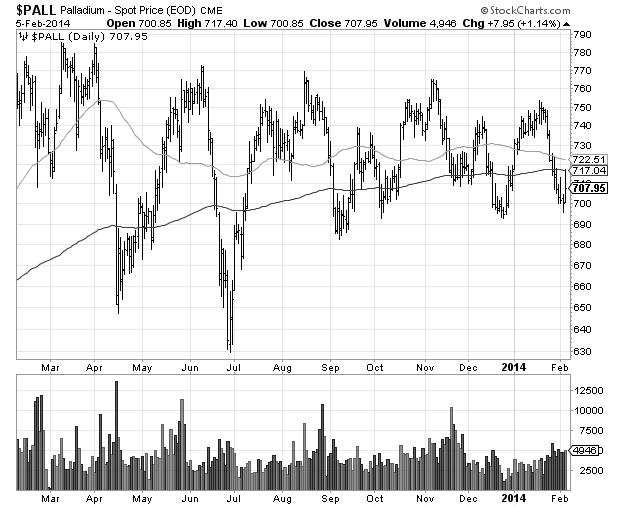 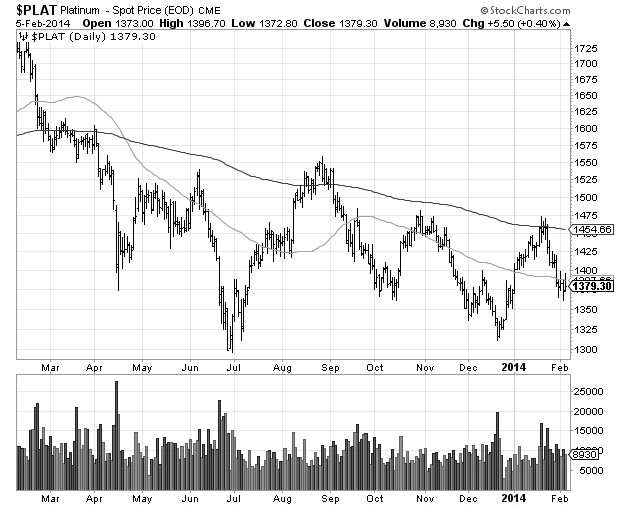