In this 20th episode of the Mid-Week Precious Metals Market Update, Tom Cloud discusses some of the technicals and fundamentals that are impacting gold and silver prices.

I want to start out doing something a little unusual. I talked to a client this week who was a little perturbed and asked why I didn’t tell him to buy palladium. I want to talk about the performance or lack of performance of the metals this year and remind listeners how many times on this show I’ve talked about buying palladium.

Palladium Number One Performer for 2013

Let me do a quick review for the year 2013. As we record this on Wednesday, gold is down 24% for the year, silver is down 33% for the year, platinum is down 10% for the year, and palladium is up 4%. For the second straight year, palladium will be the number one metal, and I cannot tell you enough because we usually talk about gold and silver and always talk about palladium like a stepchild or something secondary to something that is more important.

Long term, certainly, gold will be money, and the problems we have in the world will be solved with gold as a major component. Silver, at some point, is going to be at prices you can’t even imagine. But, palladium is the steadiest performer, and I think it will be again next year because we continue to see vast shortages in Russia and strike problems and delivery problems in South Africa.

Based on not having a world wide recession next year, I would think that China’s demand for cars will continue to pick up as it has been.

So, for those of you that don’t have palladium, the main thing I can tell you today is that I would get it bought while we can get it at decent premiums. Even back in 2011 when palladium made the big move, we were seeing premiums at 5% and 6% over spot to buy the Comex bars, and now we have a special on them at 3 1/2% that will continue here for another few weeks.

So, definitely, I think palladium at 4% is a darn good return for this year, and it being number one last year, has a strong possibility of being the number one metal again in 2014. I wanted to elaborate on that up front.

Gold and Silver Down Again

Now, going back to gold and silver that we talk about most, the events of Monday when Iran came out and showed their willingness to suspend uranium enrichment and nuclear weapon technology basically in exchange for sanctions being lifted on assets held abroad. Of course, this has been expected by a lot of us that knew they would act like they were going to behave and show a willingness to suspend uranium, which we know they really won’t.

But, it did send gold all the way down to $1225 and $1227 on Monday. We now see it back at $1250 later in the week as the future contracts expired in Europe yesterday, and the US will be three weeks behind, since they are still holding a lot of shorts.

But, the most interesting thing that happened on the futures exchange in Europe was the person that entered and bought $2.7 million of future contracts, betting on gold to hit $3000 before the end of 2015, which is only two years away. If it gets there, his $2.7 million is going to be worth five or ten times more, depending on when this person decides to get out.

So far, today, on Wednesday, we’re not seeing people shorting gold or silver in the futures market as the contracts expire, which is a very good thing for us. So, hopefully, we’ll see a bounce next week.

We’ve got a slow trading week the rest of the week with the markets closed on Thursday and Friday, and we’ll be closed also. Next week, we could see this thing start to rebound, or we could see one last push by the Asian and European markets to try to get the shorts in more money before the expiration because if they have to start covering shorts and buying physical metal the next three weeks, then we could have gold back over $1300 before the end of the year.

2014 to Be Tremendous for Gold and Silver

Things are shaping up for a tremendous year for gold and silver in 2014. We’re starting to talk about bubbles in the broad based stock market. While a lot of people don’t believe that, there is certainly some very highly respected people that think there are, and we’re starting to see interest rates creep up, which could be very detrimental to the bond market and would cause a quick shift to gold.

We’re following some things that look very important, and certainly they will play in to what happens next year.

As we close this holiday season out, we want to wish each of you a very happy Thanksgiving, and just let you know how thankful we are to have you as clients. We just try to bring you the best possible information we can.

Most of all, we are thankful for the gift God gave us by sending Jesus to the earth for us. Without that, we would really have no hope, and the things we usually talk about would be all there was, just making money or losing money. Praise God, we don’t have to worry about that in the long run. The real eternal battle has been won, and we are thankful for that here at Cloud Resources Group more than anything. 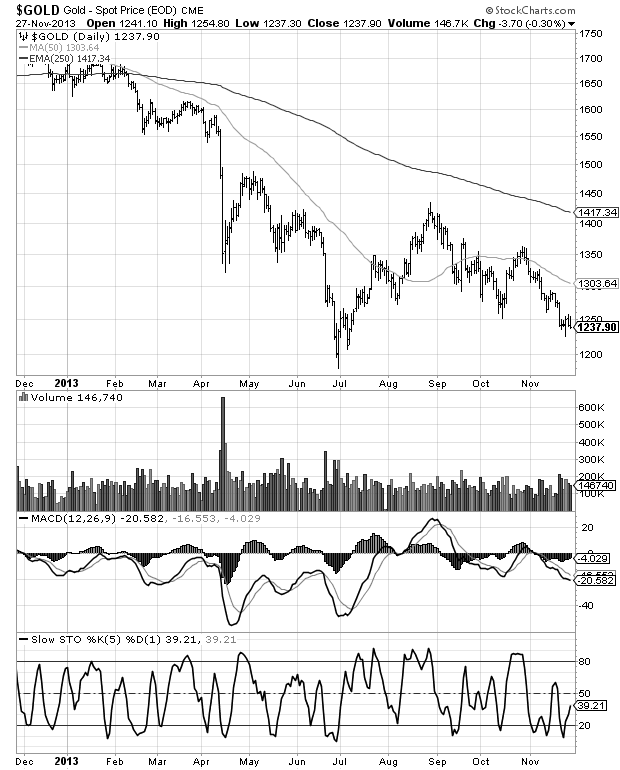 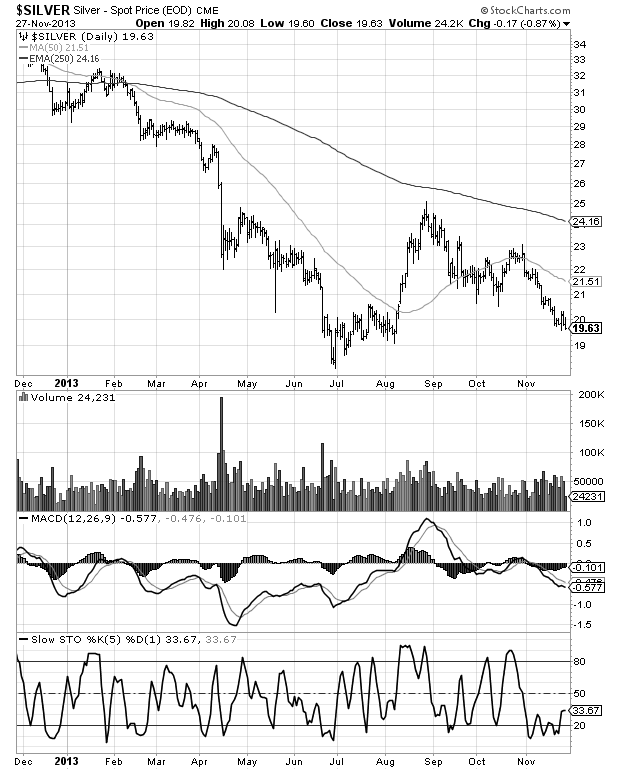 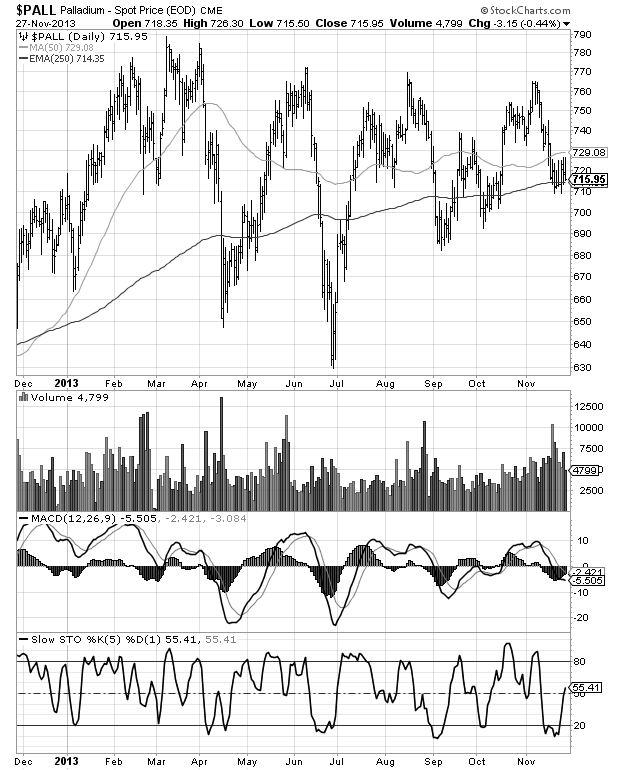 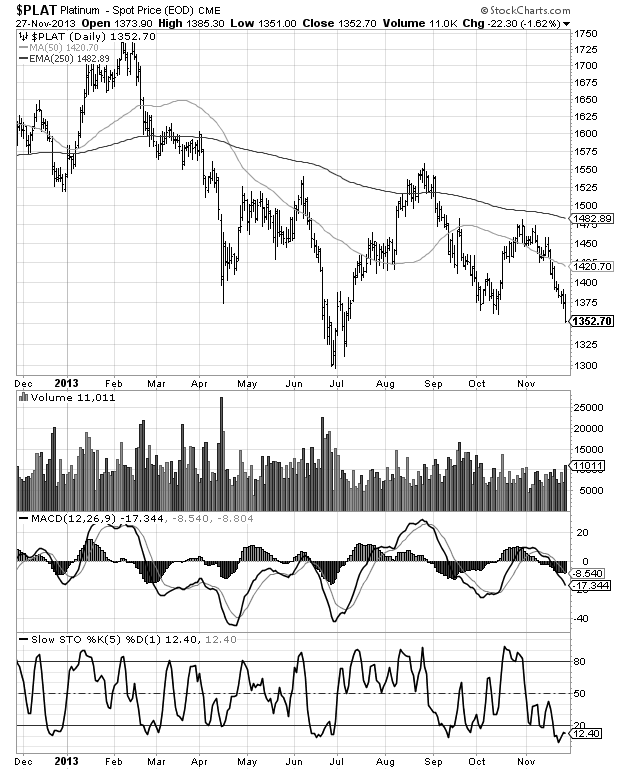