In this 14th episode of the BRAND NEW Mid-Week Precious Metals Market Update, Tom Cloud discusses some of the technicals and fundamentals that are impacting gold and silver prices, with exclusive info for FTM Insiders.

It’s kind of hard to know where to start, but last week we got a lot of calls about the show, and I appreciate it. We are trying to be on the watch out for you as to what’s going on.

This week, there are a lot of developing stories. I’m just going to kind of go through them. We’ll get back to a lot of fundamental issues on physical gold and silver on Friday when I interview with Jerry for this weekend’s show.

For right now, you need to know that banks are definitely prepping for a government default. We’ve seen a new $100 bill go out this week. There’s going to be something like $340 or $350 billion in new $100 bills, or that’s what I’ve been told. I haven’t seen the official number, but they have been shipped and they have confirmed it with two presidents of two different banks; they actually already have them in their banks. What they’re not telling you is there’s nothing coming out of circulation. The average $100 bill has a lifespan of 15 years, while a $1 bill has a lifespan of 5 years. What they’ve actually done is up the money supply again with no responsibility to it, but it is out there in the marketplace, the new $100 bill.

We’re seeing the banks stockpile cash for panic runs, not knowing what will happen between now and next Thursday with the debt ceiling limit. I’ve sent out an excellent article today, on Wednesday, as we record this, to give you the true facts about the government shutdown and the debt limit. The point’s very well made that, certainly, if the debt ceiling’s not raised, then the government doesn’t have to shut down. They have enough revenue coming in to service the interest. They just wouldn’t be able to do what Obama and Reid want to do in just keep expanding the debt and getting the right to raise the debt ceiling. Certainly, that would be a great restraint if Republicans could do that.

The other thing that’s a big misconception is we’ve seen a lot of hoopla in the market, and I also sent out an email on that today.

The congress, under Republican control, approved every single part of the budget except Obamacare. This is the sacred cow for Reid and Obama, and they go out and act like the Republicans have approved nothing. They have approved every single thing that Obama asked for except Obamacare. So, people have got to start knowing the truth, and they need to start calling and putting pressure on their congressmen and senators, or this economy is not going to be in a recession, but a depression.

If you start laying off workers, and they can’t spend money, then it compounds and other people lose their jobs because there’s not money out there to spend to drive the economy and increase the gross domestic product.

And then, when you see people like Byron Wien come out this week, I’ve followed Byron’s work for about 8 or 9 years now, and a lot of my financial advisers that work with me on gold use Byron Wien for their stock market timing. He’s been absolutely the best I’ve seen and, certainly, I have never met him and don’t know him, but he’s saying next week, which is right now, that we would see the stock market have a big decrease. It’s gone down 1000 points since he wrote this last Thursday, and he’s saying in the earnings on the S&P, if it comes in under $100, we could even see the index, the S&P, go below 1300, which, we’ll know all that early next week.

So, we’re seeing that these disappointing earnings are shocking the stock market, and anything to do with the debt limit or the budget deficit shutdown that we have is going to be horrible news for the stock market. So, you might as well know that.

We’ve also seen information this week that Goldman Sachs was approached by Obama’s government to get a payday loan. Can you imagine going to a private company to borrow money for the government just to get through this shutdown and willing to pay higher than normal market rates. So, the government’s now having to go to a payday broker to borrow money. This country is just getting in worse and worse shape.

We talked a little bit about Poland’s 401k situation. It’s turned into a fiasco. The government’s controlling, and people can’t get their money out of their retirement accounts in Poland.

As I continue to tell my clients, if you have all the gold and silver you want, you should be going to the bank next week and getting your physical cash out in your hand if a bail in comes and anything turns up short.

With all the problems we’re having with the congress and senate, there’s not only a chance, but a good chance that we will have some sort of bail in, or some kind of reduction in your money market accounts due to losses that could be. So, you could go out there and get your cash out and sit on it until things clear and then put it back in.

We’re at a crossroads now where we’re exactly where Japan was. We’ve got low interest rates. We’ve got an economy that’s not growing at all, even though they’re giving a slight growth figure, they’re not real and can’t even be verified as real. This country has followed the policies of Japan, and we’re seeing how dreadful they are. We’ve seen Japan increase the money supply 100%.

I say all of this to say that, as I said last week, you should get every percentage of penny you want in hard assets between now and next Thursday, and sooner rather than later. With gold around $1300 an ounce and silver around $22 an ounce, these are gift prices compared to where we see them going.

I’ll be following up on Friday’s interview that you can hear on Saturday on FTMDaily with Jerry with more intriguing news more on the fundamentals side of what’s going on with gold and silver. I wanted to get in today and just say that gold and silver are in a neutral state until all of this shakes out. But, if it all shakes out, and they do raise the debt ceiling, gold and silver will jump immediately.

Just in, Harry Reid is now saying that he will consider just a $1 trillion jump in the debt ceiling instead of $2 trillion that Obama was asking for. So, we’re seeing compromise, even as we are recording this interview. Hopefully, by Saturday, when you hear this, we will have a lot of information. 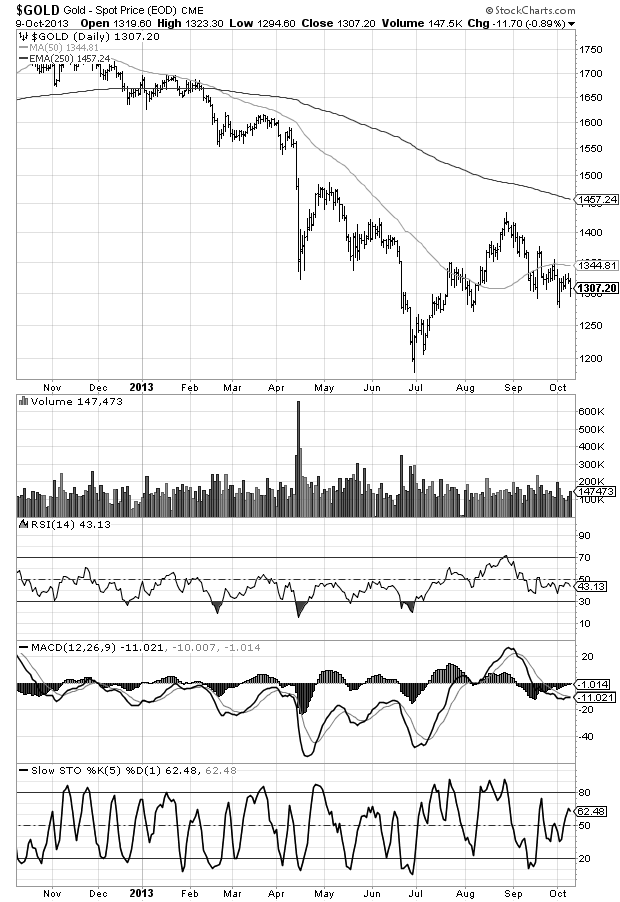 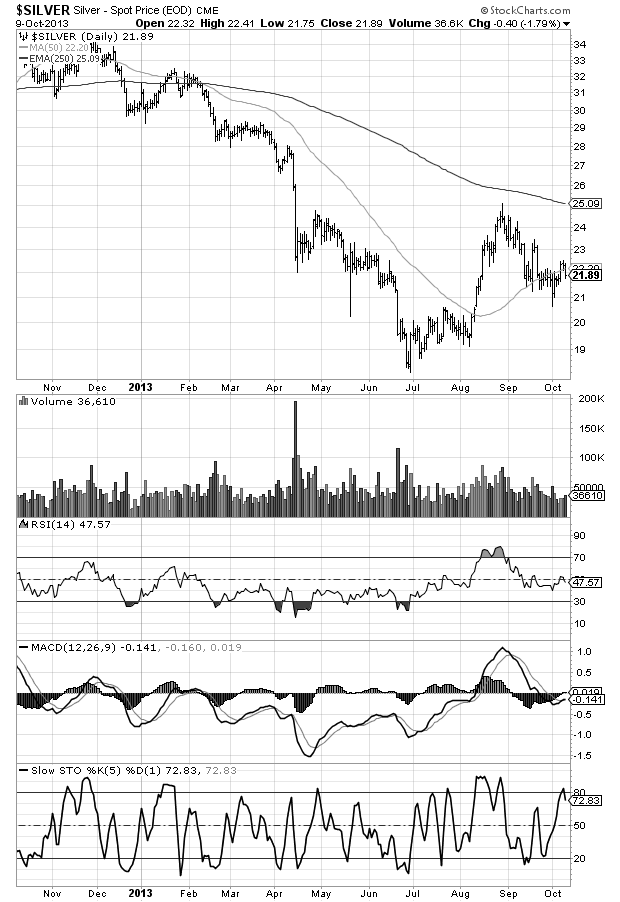 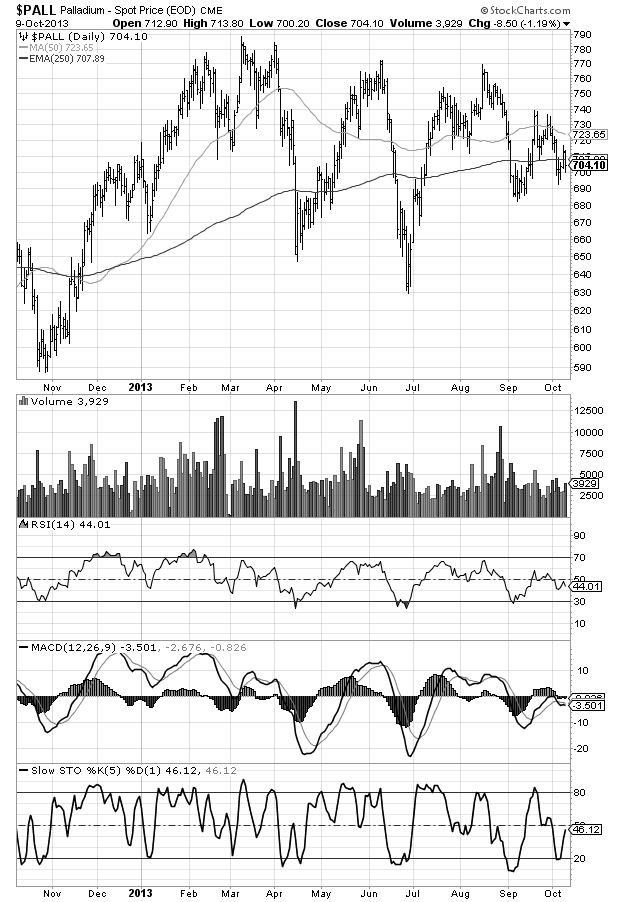 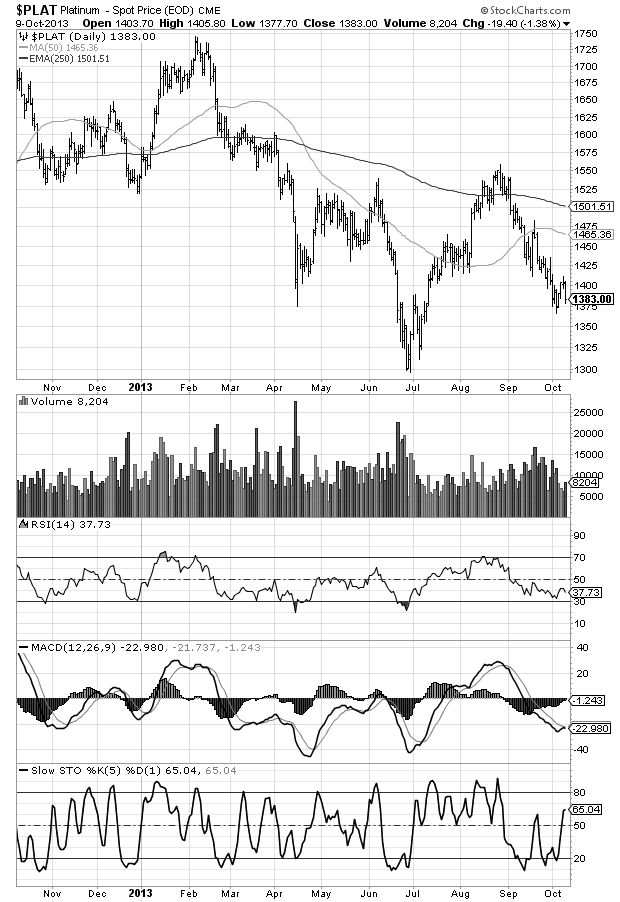