In this sixth episode of the BRAND NEW Mid-Week Precious Metals Market Update, Tom Cloud discusses some of the technicals and fundamentals that are impacting gold and silver prices, with exclusive info for FTM Insiders.

I’ve got to start by making a couple of economic quotes or reviews of what’s going on in Japan as we look at a country that has tried everything in the world to get the economy started including printing money. They’re selling bonds at 1%, and nothing will get it going.

This is really their last chance. We are now hearing that the money supply for 2013 will be doubled from 2012, and while this is just one country, it tends to show us the mindset of the world. They’re following in the United States’ footsteps and that is to print and try to inflate away the debt problems. We are really looking at the last part of sanity in these markets, whether it’s three months or 15 months, no one can tell you, but certainly when articles came out over the weekend, they’re talking about a quadrillion new Yen being printed over the next three years. That would be somewhere along the line of what happened in the Weimer Republic in Germany back in the early 1940s.

So, these are things that just don’t go away. It’s amazing to me as I talk to investors of all sizes and net worths, how unserious they really are. I’ve had people just tell me how, right now, they are buying more gold and silver assets for protection, but they don’t think any of this stuff is going to really happen.

I was talking to a very sophisticated investor worth about five million dollars yesterday. He said, “Let me ask you a question. Do you think the same people that put you into all these problems are going to get you out over night? I think they should hire smarter people that can figure it out.” So, I said, “So you think there’s a problem?” He said, “Yeah, there’s a problem, but the United States will never lose confidence. Nobody will ever lose confidence in the United States.” When you have this kind of mentality, this just shows you where we’ve come from, and someone that’s been successful could lose a large portion of his assets to not only inflation but through the different kinds of investments. It just brings me to mention that people better watch out for what’s going on in Japan and how it’s going to translate here.

Certainly, your FTMDaily listeners are aware of what’s going on. Jerry covered the withdrawal of money from Euro banks. If we see this, taking out around $260 a day equivalent to US dollars, if this starts and if you don’t think it’s going to move to the West, you’re mistaken.

I took a large sum of money out of my account because I just wanted the cash. It took me eight days, and this was ME. I went and told them I needed a little cash, and they just kept trying to talk me out of it. Finally I said I wanted my cash, and it took me eight days to get the amount of cash out that I was asking for.

People should wake up and look, especially at the seasonality coming right now, mainly starting next week when Europeans return from vacation. And now it’ll go for another week after that, but you’ll start seeing the volume increase as we have every year for the last 13 years. We’re already seeing gold and silver running up fairly quickly with silver now over $21.70, when it was only $18.40, three weeks ago. We have seen a 20% increase recently, and nobody’s even talking about it. It’s absolutely astounding.

So, we continue to think that it’s a perfect time to position whatever percentage you want to get into gold and silver right now, and we still, as I’ve stated several times, think there’s a good chance that both gold and silver will finish the year higher than they started, even though gold is still down 20% and silver is still down about 25% for the year.

Certainly, with the specials we have this week on every silver coin, all the coins are 30 to 35 cents below our normal price, it’s an ideal time to pick up some silver. It’s highly unlikely to carry over to next week, so it’s very important.

So, really, this is a mental update to make you aware that we are getting ready to start to see things moving as we have on the level of the last 12 years, where the prices move up between September 1 and the end of the year. We think this year will be no exception. In fact, it could be even more than normal.

Palladium continues to be the sleeper. It’s the one that’s up the most this year. We’re still seeing our large investors bulking up on Palladium as they continue to read about the problems Russia’s having in mining it and the South African strikes in some of the Palladium mines. As long as the car industry is strong, now we have eight new car manufacturing companies that have opened in the last 12 months in China, the demand for Palladium for catalytic converters is going to increase. If they keep printing money, Palladium could be, and I still think it will be, the number one metal for this year, and definitely could carry over into next year also.

With this week’s midweek precious metals market update, this is Tom Cloud signing off. 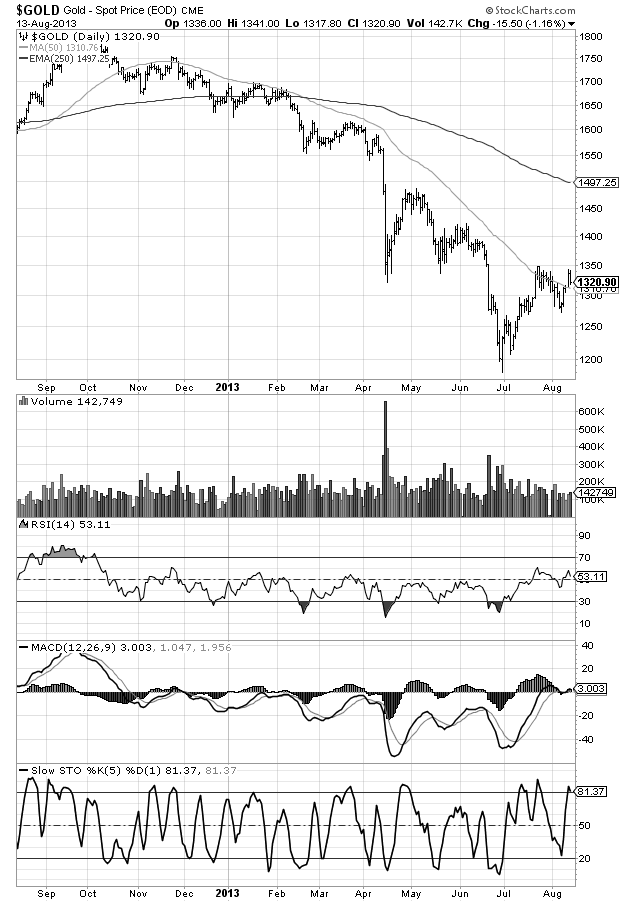 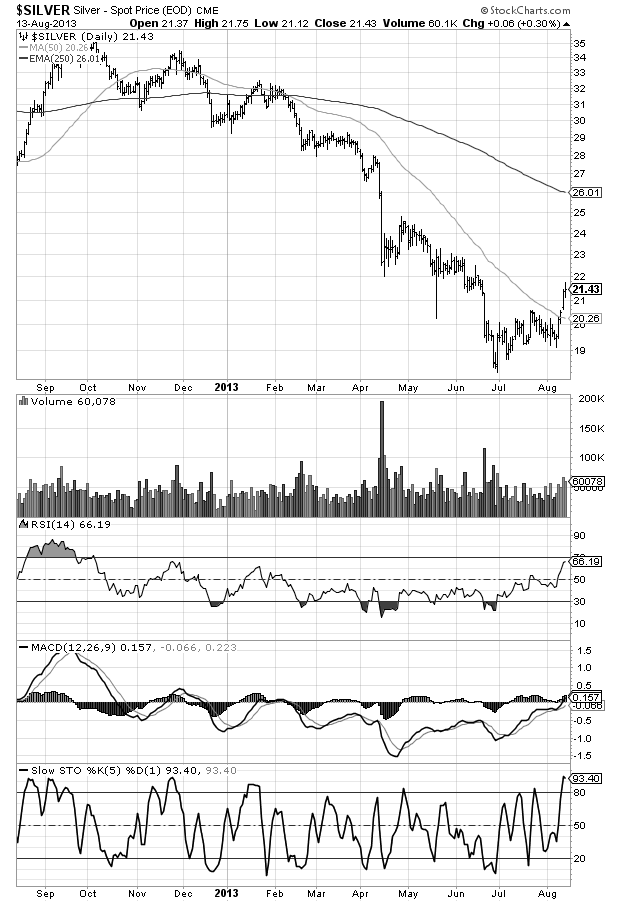 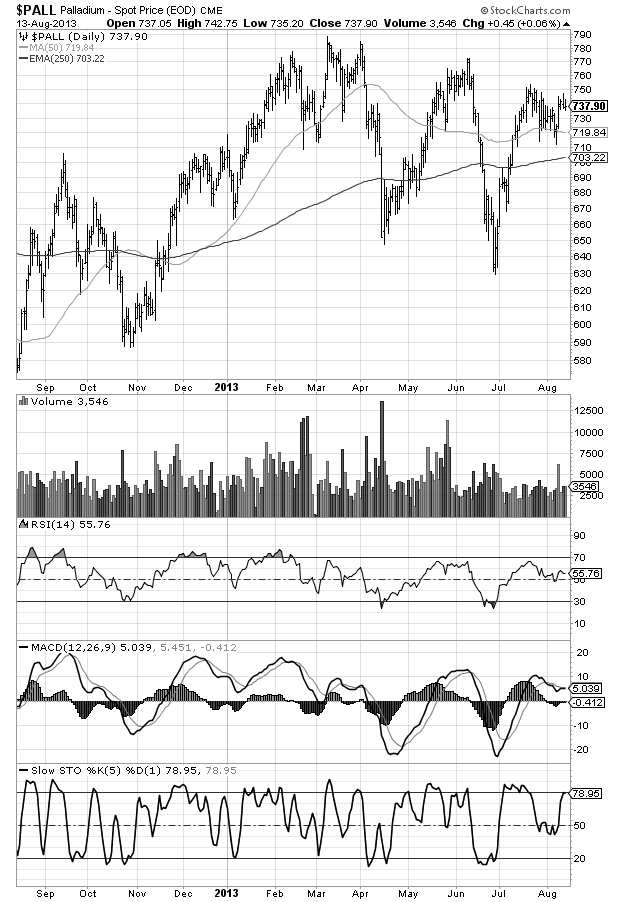 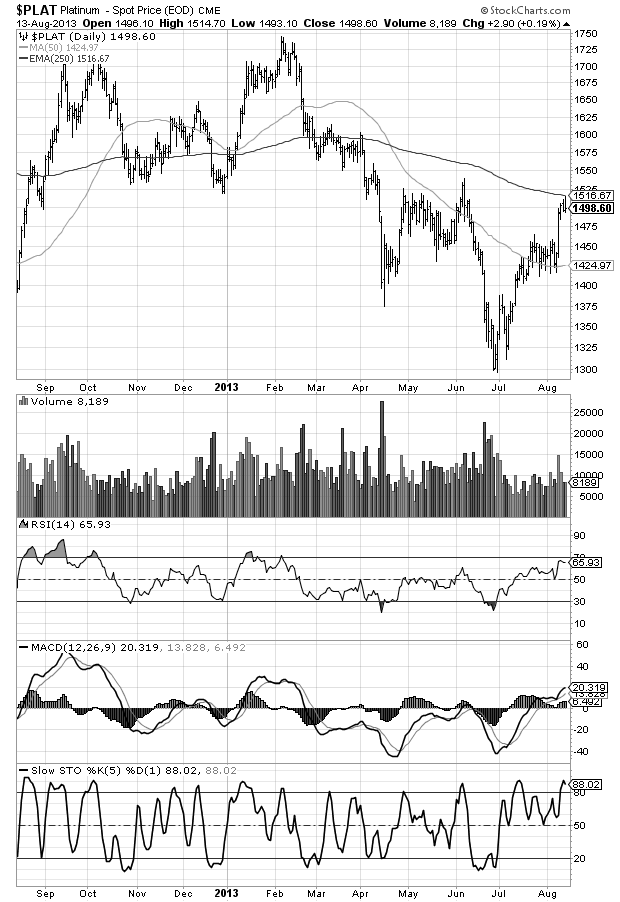