I think we all realize that we live in a crazy world. Some of the news out this week, if you haven’t read it already, you can read it in detail. James Turk on King World News talked about the Federal Reserve. I’d already seen it and heard it, but it was put out on March 17th. We see that the Federal Reserve now is bankrupt. Their liabilities are higher than their net worth for the first time in history. Certainly, that doesn’t get any better, and when you really look at the $71 billion remaining in assets they’re carrying from the 2008 financial crisis, they’re really even more bankrupt than they’re letting on.

Now, interest rates begin to go up because of all this foolishness that government statistics have given us about unemployment going down, and the Fed’s continuing to taper QE. But remember, even when they’re tapering QE from $85 to $75 to $65, and, as I record this, possibly $55 billion a month, we’re still looking at at least $800 billion build up in QE for this year, 2014. So, things are really getting worse.

Dollar Down, Gold Up

Some of the things I gave you to look at the last two weeks are happening. We now see that the dollar is below $79.50, and it’s really just gyrating. When it breaks, it’s going to go right on down. When it breaks through $78, that’s when the game is pretty much over because, as I’ve shown you many times over 13 years, for every 1% the dollar goes down, gold goes up 11.4%. Now, so far this year, it hasn’t done it at exactly the same time, but as we see gold up 12% this year, and the dollar down 3.8% for the year, the lag time hasn’t caught up yet. You can be assured, however, that it will, and especially when the dollar breaks through the major support at $78.

Number one, I’d like for each one of you to go to kingworldnews.com and look at James Turk’s March 17th article on the Federal Reserve to get all the numbers. I don’t need to read them all out to you.

And then, the other thing we just continue to be sick about is this creation of money and the monetary base expanding now from $850 billion in 2008 all the way up now to $3.7 trillion. Turk said in his article that it’s really $3.9 trillion. It’s grown another $200 billion this year very quietly and without much fanfare.

There’s also things people need to read about concerning potential computer problems and bank problems like we’ve seen in the Ukraine system just since all the problems started in the Ukraine. People can’t even get to their bank deposits and don’t even know exactly what they have. Certainly, Gerald Celente has been predicting this for two years that there would be a time, maybe or maybe not in the United States, when major countries of the world would have electronic blankouts and have computer systems go haywire.

As Jerry Robinson has covered on the grid situation very well all of the attacks we could have from cyber space and the power grid I find that clients aren’t even worried about. They’re not concerned that they don’t have enough silver or gold to barter with. They’re not worried and they would rather leave their money in the paper game.

Major Crises in Stocks and Monetary Base

I’ve been doing this for 37 years and I will tell you, I play a lot of golf. When Ben Crenshaw won the Ryder Cup, he said the day before when they were way behind that he had a gut feeling. He just kept looking at the cameras and saying that he had a feeling that they would win tomorrow. But, you know, I’ve got a bad gut feeling about what’s going on, and I don’t think we’re going to make it through the year without major, major crises in both stocks and the explosion of the monetary base in this country,

QE is not going down, but actually starting up dramatically later in the year. People have got to get positioned. I’ve had more calls in the last two weeks from financial advisors when they see famous people coming out of or shorting the stock market and Bircher Hathaway talking about stocks going down. People have just got to realize that’s going to be billions of dollars just lost overnight.

The thing that we know, the only thing we know, is since 1971 we have fiat currency that will keep up as gold. There is nothing else. We’ve proven that, showed you that in writing. Gold’s gone up 40 times since 1971, the stock market 18 1/2 times, and the money creation 40 times. Gold has gone right up with the paper money and is the only thing that has kept up with it in percentage of gain.

So, people just have to look at it and quit worrying about short term gyrations, because I know. I have a gut feeling from all the time I’ve spent on the phone talking to wholesalers, that there will be a time in the near future, definitely during Obama’s tenure, that you won’t even be able to get physical gold and silver without paying very large premiums.

So things are starting to really, really unfold. Keep your eye on the Ukraine and our big talk by Kerry and Obama who never back up anything they say. They just go in and throw accusations and talk, and then they leave dragging their tails. It’s only going to get worse and not better as we look at the world geopolitical situation and economic situation.

So, hopefully, your doing your homework. If you have any questions you want to talk to me about specifically, you can reach me at 800-247-2812.

I really do believe that time is of the essence, and the 15% average we’ve seen in gold for the last 13 years should be well surpassed in the next three years. We already see gold up 12% in 2014, and we’re not even to the end of the first quarter.

So, hopefully, this information will be helpful. 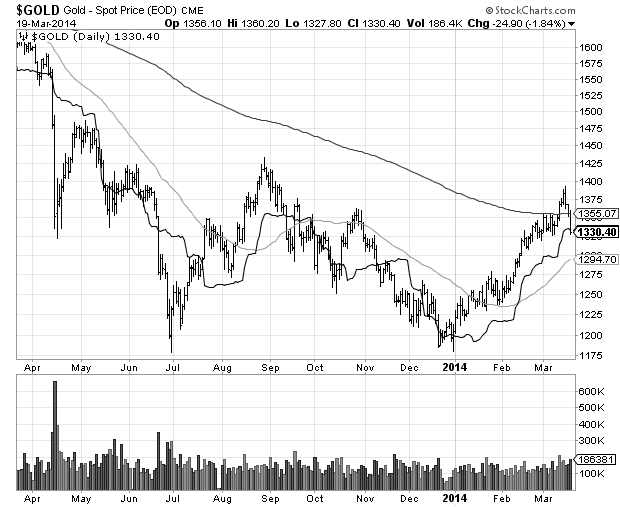 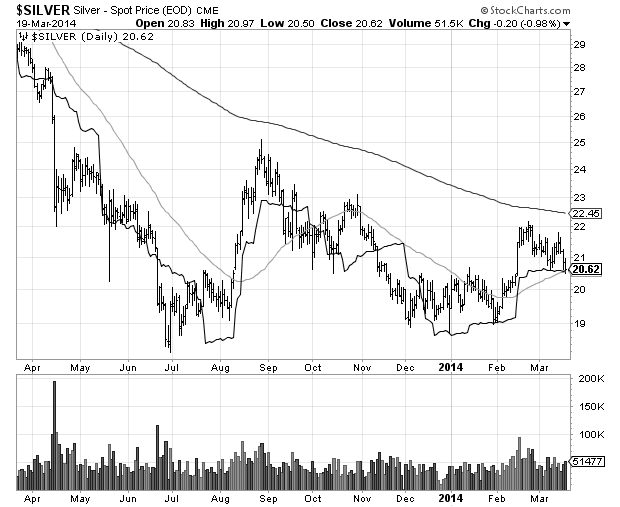 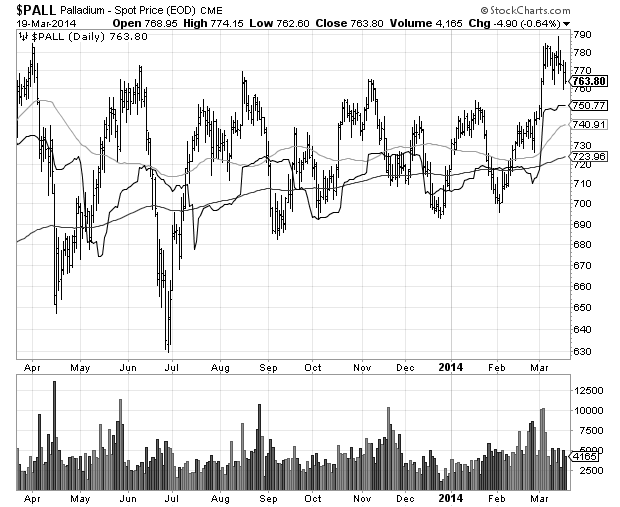 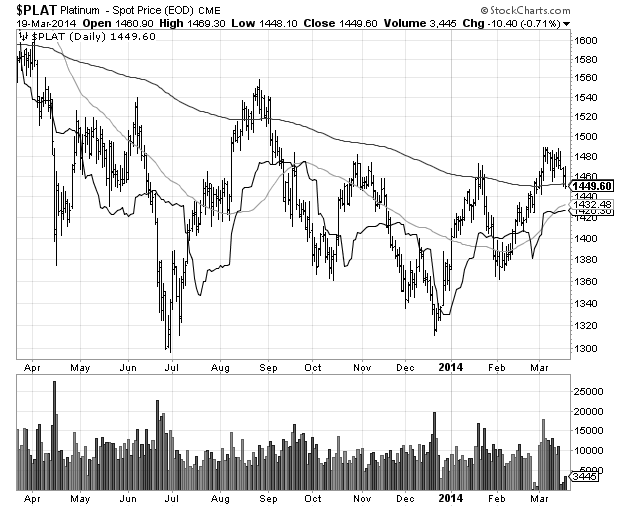