Gold Now a Tier One Investment

The bond yield is now right at 3% on the 10 year bond and that could signal that some people are beginning to get out of the market. Of course, what has happened with gold historically has been that the lower the bond rate, the more money’s been in gold, bonds, and the stock market. But, now, with the interest rate up, it’s kept the dollar strong, and it’s taken its toll on gold in 2013. It’s going to be key to watch the bond market because if the interest rates go much higher, then you will begin to see people break out of the bonds and go to either cash or, certainly, gold will get part of it.

This is also the year we think of geopolitics. Before I hit that, I want to talk about the tier one investment. We’ve done shows in the past as we watched the World Bank and IMF finally agree that gold had to be valued at market and not at 50% of market because its safety had proven itself over and over for 12 straight years.

At the end of this week, we’ll be into 2014, and we will see gold as a tier one investment. I don’t expect central banks to go out and start buying immediately, but in two shows in the past month I’ve talked about China getting into the industrial and commercial market which is very powerful because many central banks will deal with them directly and not with sources in the West. They will, instead, use sources that are in the East. This could be very large as Germany, Switzerland, and other central banks take a heavier percentage back into gold as China continues to do the same.

This tier one investment thing is important. You may not see much results in the first month or two, but by the third quarter or the end of the third quarter, we’re hearing that it could be tremendous demand as a lot of big orders are already being shopped.

To get into the geopolitics, there’s so much to talk about. Once again, what we try to do is just use our common sense and look at, first of all, what’s going on in Japan. We’ve seen Japan come in under Abe, and he’s just continued to print money. Their money supply this year is up over 85%, and they continue to have serious problems and are building up their military which is worrying South Korea and China.

Of course, if there’s a flair up in Asia, in which we would probably back Japan, it could cause financial problems with the US and China. It could actually have huge financial implications. So, we’ve got to watch this.

You see Gerald Celente, the top trend analyst in the world for the past 25 years, who says 2014 will be the worst year for social unrest, and he is looking for, as he calls it, an unholy mess. We’re certainly seeing, in Thailand, serious issues. The people are trying to overthrow the government. The situation in Turkey is also very stressful. We’re seeing this all over the world.

The eastern part of the world just continues to buy physical metals while American investors are selling them, and those metals are getting transported out of the US. I can’t tell you when this will turn around because from a technical standpoint, gold and silver both still look weak on the charts. Now, I’m not talking about big downside risks. I’m not talking about any big jumps right away either. I see that gold and silver need to slowly build their foundations back over the next few months to get an all out buy signal from the technical people.

But, on the fundamental side of these issues we’ve talked about today, I can tell you unequivocally that I tried to shop a few million dollar silver deal in the last six days, and it was very specific what they wanted. You would think in the multi-million dollar market, you could just go out there and get it, but, as you know, when you do a Comex silver bar, there are about six different brands that can be used. The original two were Englehard and Johnson Matthey. This particular order was asking me to source these two and only these two. Englehard bars they don’t even make any more, but Johnson Matthey they do. I never could get the deal wrapped up. They wanted too much time to get the silver. The clients weren’t willing to wait on it. They’ll probably come back next week and try again. We’re not talking about tens of millions of dollars here.

So, just watch the silver market and the gold market as the central banks, in addition to China, start buying heavy in the middle of the year, maybe the third quarter of 2014. I don’t think they’ll be buying heavily in the first two quarters. At least, that’s what my information is telling me.

The last thing to reiterate is, if the stock market does get over bought and takes a 5% drop or more, you’re going to see the same money that sold out of gold and moved back to stocks turn around and go back the other way. That’s going to be very important because many people feel that’s where most of the money has exited from, going from the gold market to the stock market.

So, hopefully, as we go into the new year, we’ll go back to expecting profits on our gold and silver after the one sharp down year we’ve had in 2013. I think this will build throughout the year, and by the time we get to the third quarter, that time of August, September, and October, we’re hearing that there’s going to be tremendous shortages of all metals, and it could even happen sooner based on what we’ve talked about today. 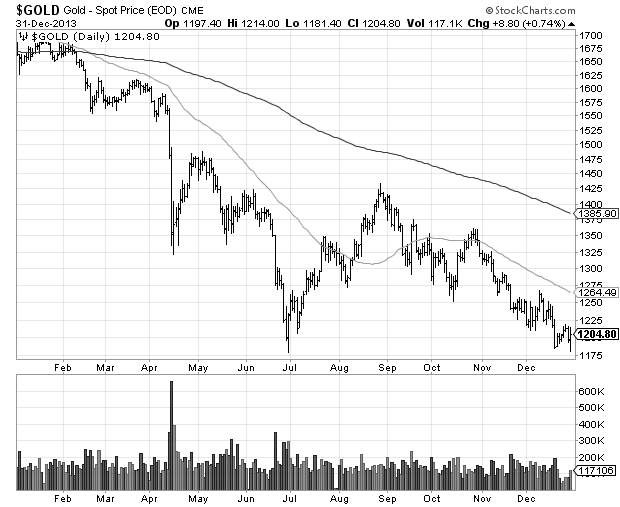 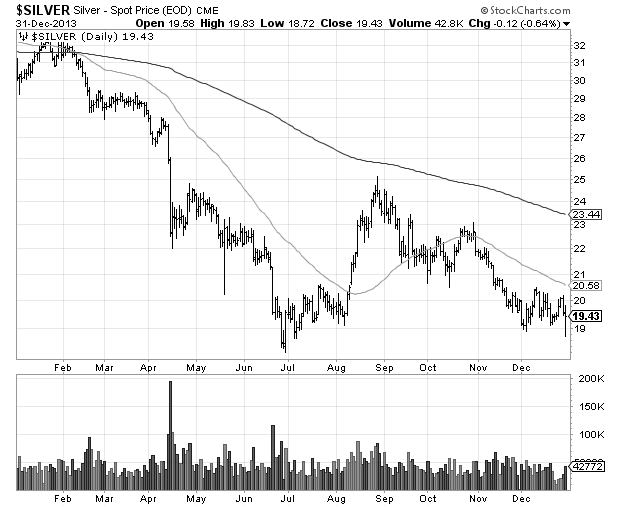 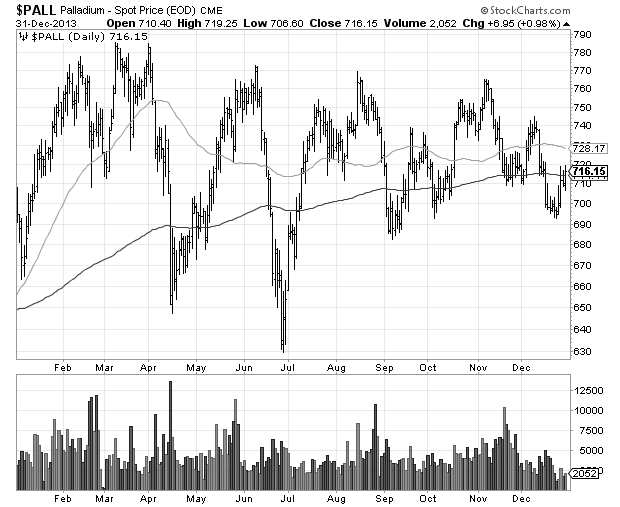 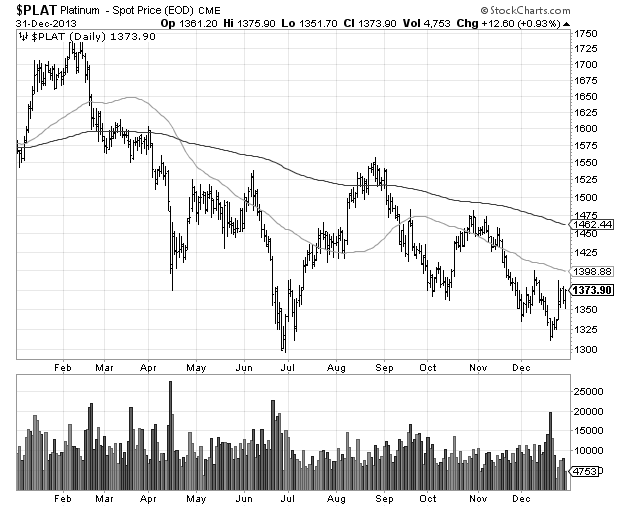