‘CHANGING HOW WE PAY’ 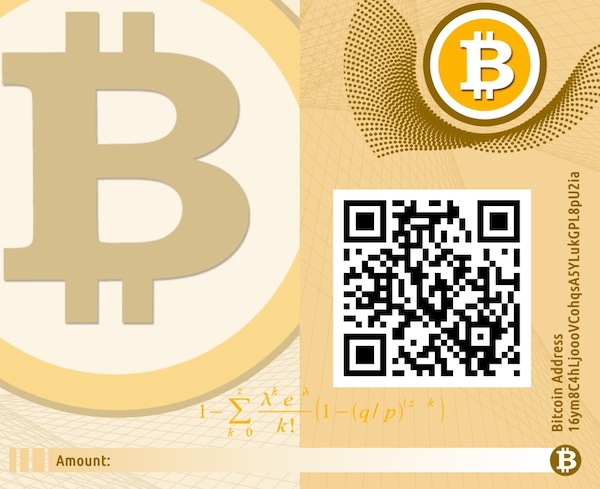 Two of the hottest online payment startups, Square and Stripe, have recently made moves toward accepting Bitcoin within their payment systems. Square, which is known for its mobile card reader, is now accepting Bitcoin for products ranging from coffee beans to chairs on Square Markets, its online marketplace, according to a recent article by MarketWatch. Stripe, most famous for its developer-friendly payment software, is still in pre-beta mode, but is currently testing their support for Bitcoin payments by allowing Tarsnap, an online-backup provider, to accept Bitcoin for payment.

Taken together, it appears that payments companies could be slowly moving toward adding bitcoin as one of the options to complete payments, validating the cries of proponents who have said the decentralized bitcoin network could lower or eliminate transaction fees.

Bitcoin (or any of its competitor virtual currencies) certainly has the potential to disrupt the payment systems industry around the globe as more and more merchants continue to grow weary of transaction costs associated with traditional online payment systems and begin accepting the alternative currency for goods and services.

The word “Bitcoin” has a dual meaning, referring both to Bitcoins (the currency unit) and the Bitcoin network (on which the transactions take place). Bitcoins are exchanged through a decentralized, open-source network that tracks every transaction completed on the Bitcoin network through triple-entry bookeeping on a public ledger. Unlike fiat currencies (like the U.S. dollar), Bitcoins cannot be printed at will by federal governments. Instead they are created through a mathematical computer process called mining, and there are a finite number (21 million) that can be mined.

In the investment world, Bitcoin has skyrocketed over the past two years, from mere pennies in early 2012 to over $1,100 per Bitcoin, to its current price of just over $490. Individuals who saw the potential in Bitcoin (like expert Trace Mayer, who recommended Bitcoin to FTMDaily when it was still under $10) have seen massive gains in a very short time. This always raises the question about whether it’s too late to invest in Bitcoin.

Regardless of whether you own a business, you are an investor, or you simply desire more anonymity and security in your online transactions, take the time to educate yourself on Bitcoin. It’s a good idea to at least know how the process works and how to obtain Bitcoins so that you won’t be struggling to catch up in the future (like someone who just opened an email account in 2010, or someone who still doesn’t know what Twitter is).

A great place to start is by listening to a recent interview we did with Bitcoin expert, Trace Mayer. You can also download a free beginner’s guide to Bitcoin here

A Beginner’s Guide to Bitcoin

Trading will begin on a split-adjusted basis on June 9 for shareholders of record as of June 2.

Mom and Pop Step Up Their Trading

Checklist: How to Spot a Bubble in Real Time

Consider these 10 elements a checklist to identifying bubbles in real time.

Will There be a Trillionaire in the 21st Century?

It is a matter of when, not if, according to many wealth experts.

Over the past 10 years the S&P 500 Global Water index has outperformed the bellwether gold and energy indices.

“Those who choose the terrorism of Hamas do not want peace.”

The British navy is closely monitoring a Russian destroyer that approached its waters.

MAG: Does Putin Want a War?

If Moscow wanted to deescalate the crisis in Ukraine’s east, it clearly could have done so.

Did Israel Steal Bomb-Grade Uranium From the United States?

The story that won’t go away: the possibility that in the 1960s, Israel stole bomb-grade uranium from a US nuclear fuel-processing plant.

Cliven Bundy on Blacks: ‘Are They Better Off as Slaves?’

Putin: The Internet Is A ‘CIA Project’

To resist that influence, Putin said, Russia needs to “fight for its interests” online.

A new report reveals a three-fold increase in cyber espionage since last year.

Scientists are monitoring an iceberg roughly six times the size of Manhattan – one of the largest now in existence – that broke off from an Antarctic glacier and is heading into the open ocean.

A 21-year old man has died after being crushed by a crucifix erected in honour of Pope John Paul II in northern Italy.

A ‘Thoroughly Bizarre’ Eclipse Is Happening Next Week

Unfortunately, the spectacular “ring of fire” will only be visible in a remote and uninhabited region of Antarctica.

“He who has no rule over his own spirit is like a broken down city without a wall.”
Proverbs 25:28