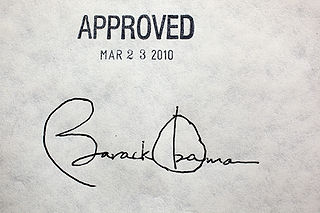 Since 1976, the U.S. Federal government has shut down 17 times. While most of these shutdowns have lasted anywhere from one day to 2 ½ weeks, the most recent shutdown (in 1996) lasted for a record three weeks.

While U.S. stocks opened into positive territory, the U.S. dollar has dipped to a new 8 month low.

S&P threatens to cut U.S. credit rating to junk status. “This sort of political brinkmanship is the dominant reason the rating is no longer AAA.” (Link)

Despite its bravado, the GOP looks just as weak as Obama right now. Somehow they shouldn’t, but they do.

And how would you like to be a U.S. astronaut floating in space when the government shuts down? (Link)

Today, we officially enter Q4 2013… Historically, this is the time of year for gold and silver to shine as demand ramps up in both China and India. Accordingly, we are adding to our positions.

A newly proposed policy by China’s central bank would ease restrictions on the import and export of gold in and out of the country by allowing the entire banking community, and even domestic gold manufacturers, to apply for import and export licenses. Currently, the gold trade in China is restricted to nine member banks of Shanghai Gold Exchange.

U.S. home prices climbed 12.4% in August from a year ago… If purchased right, and on a fixed rate mortgage, real estate continues to be one of our favorite investments throughout 2013-2014.

More tax-payer funded abortions… According to the Office of Personnel Management, members of Congress and their staffs will be able to buy health care plans that pay for abortions, all on the taxpayer’s dime. (Link)

Researchers at the University of Aveiro in Portugal are developing a new technology using DNA barcode tags that can be used to track people and animals. (Link)

Israeli Prime Minister Benjamin Netanyahu is set to speak before the United Nations General Assembly today where he will deliver the “truth” about Iran’s true intentions. Before boarding a flight bound for Washington from Tel Aviv, Netanyahu told reporters what they could expect from his speech at the UN:

“I will speak the truth. Facts must be stated in the face of the sweet talk and the blitz of smiles.”

We expect the speech to be scathing. I’ll post the full speech up tomorrow over at our sister video site, FTMFlix.com.

But on a side note, as I scan my brain in search of a good memory that includes both the names, Obama and Netanyahu, I find nothing. It seems these two have little in common. Their relationship seems stiff. Besides, Netanyahu is already under enough pressure by hard-right elements within his country to break off peace talks with the Palestinians. Regardless, the peace talks are progressing towards final status negotiations under the watchful eye of U.S. Sec. of State John Kerry. Iran serves as a convenient distraction amid Netanyahu’s deep concessions to the Palestinians.

But could these two men be any different? Netanyahu is battle-hardened with a long history of defending the national identity of Israel. Barack Obama smoked pot and became a lawyer. His high energy, obvious charisma, and rehearsed oratory skills made him an instant hit among America’s king makers.

– While he promised hope, Obama’s policies have done nothing but deflate America’s hopes.

Did Obama inherit a bad economy? Yes. Obama was given a head start in driving our economy into the ground by the crooks that preceded him in Washington, at the Treasury, the Fed, etc. There is plenty of blame to go around. But to say that Obama did not inherit a declining economy is simply disingenuous — no matter what Sean Hannity thinks. (Seriously, you should take 5 minutes and watch this awkward video clip.)

It’s funny I found this video of Hannity on Youtube because I remember watching this live back in September 2008 from my hotel room in Colorado. I was in the area to speak at a local conference. My speech was, you guessed it: “Surviving Financial Chaos.” I remember watching Hannity defend the economy and thinking, “This is going to come back and bite him.”

But Hannity was not the exception, he was the rule.

For example, 2008 Presidential Candidate John McCain seemed rather convinced throughout most of his campaign that the “fundamentals of America’s economy are strong.”

So all of this brings me to my next question…

Who exactly is leading the GOP?

It’s not George W. Bush. The GOP rushed Bush out of Washington with a set of golf clubs hoping time and distance would heal the wounds. Four years later, during the 2012 Republican National Convention, Bush was nowhere to be found. Denying your own is certainly indicative of an unfolding identity crisis.

Others might think outside the box and say Rush Limbaugh or Mark Levin.

You see, therein lies the point of fracture. Who is leading the GOP?

Internal strife appears to be ripping the Republican party apart just as the nation is entering, perhaps, the very hours of its twilight.

In the absence of clear Republican leadership, political rivalries based upon slight variations of differing ideologies have emerged. Ironically, the political factions within the Republican party have waged war on each other in the name of keeping their campaign promises and pledges made to the voters who sent them to Washington in the first place.

I personally do not subscribe to the platforms or ideals of either party. I am not a Republican or a Democrat. And despite the trend factor, I am not a self-described Libertarian. Instead, I hold myself to be a free thinker. Why do I need a label? Besides, why are there just two political parties that the media takes seriously? And why is 90% of the media ingested by Americans every day controlled by just six mega-corporations?

Enough questions. Here’s my point: the Republican party will not save America. And neither will the Democrats. Wake up. It is time to open your eyes.

It seems some have become enamored with the ideas of liberty and freedom as being among the highest ideals of mankind. No doubt, they are worthy endeavors at all times, especially during an age of growing tyranny, such as ours. And yet, it is my sincere belief that true freedom is just a cruel illusion and cannot exist in reality apart from the Creator.

In fact, I believe the only thing that can alter the darkness that hangs over America is literally, the hand of God. Recall that it was the First and Second Awakenings that shook America to its spiritual core. These national revivals turned men’s hearts towards purity and righteousness and are remembered to this day because they sparked a real change within society. The lack of this “spiritual spark” within America has led to moral stagnation and spiritual emaciation. Nothing, short of a revival of men’s spirits, will detour America in the near-term from careening towards its ultimate demise.

Bible Verse of the Day

“Beloved, I pray that you may prosper in all things and be in health, just as your soul prospers.”
3 John 1:2

Utmost for His Highest – Daily Devotional

“The true test of our spiritual life is in exhibiting the power to descend from the mountain.” (Link)

This Day in History

Henry Ford introduced the first mass-produced automobile on the market—the Model T car to the market. Each car cost $825.