Where to Watch the 2014 Election Results Live Online 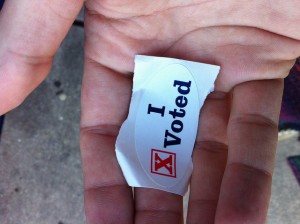 If you’re like me, you have cancelled the cable, shut off the satellite, and turned in your DVR. No thanks, cable TV… I will not pay $75-$150 per month to get 200 channels and realize there is still “nothing good on TV”. However, every once in a while I get an itch to turn on the tube for live coverage of a major news event. Tonight is one of those nights.

While many Americans equate the midterm election results to a five-hour C-SPAN3 snooze marathon, I block off the hours and put the “Do Not Disturb” sign on the family room door. The results of these important, yet often overlooked, midterm elections play a vital role in the direction of federal, state, and local fiscal policy. The midterms have also shown a strong correlation to stock market movements in the days and weeks following election day.

So, what is a cable-less, DISH-less family to do on election night? We have put together a list of live streaming election results coverage below (courtesy of Gigaom research). So, order a pizza, cut up the veggies, and pop some popcorn… and enjoy the election results: NO CABLE REQUIRED!

The above 2014 election live streaming information was provided courtesy of Gigaom research.