The U.S. Dollar Index continues to climb amid expectations of a strong U.S. economic recovery from the pandemic.

The U.S. Dollar index just broke out above its 200-day moving average (SMA) as it nears a pivotal zone around $93.50, which is a multi-year support/resistance level.

See the chart below. 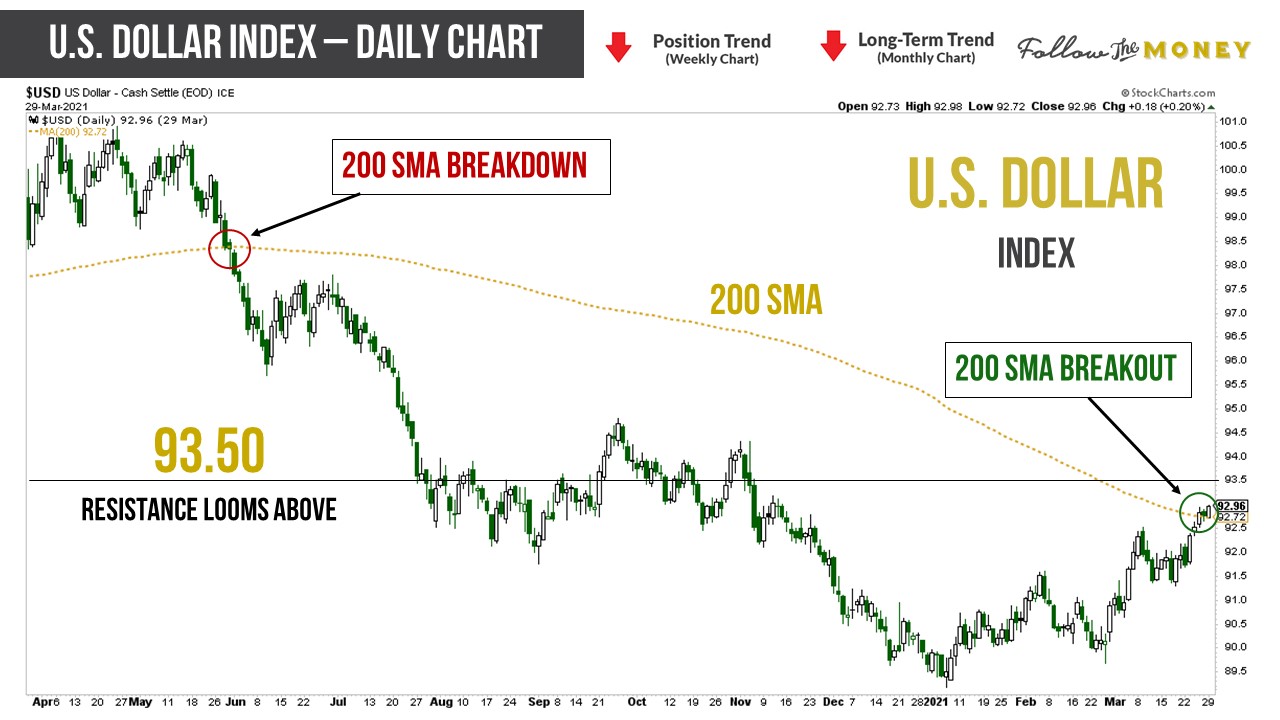 While the U.S. Dollar has largely underperformed most other global currencies over the past six months, it is now verging on a new Position uptrend according to our Profit Trakker trading system.

The U.S. Dollar hit a new one-year high against the Yen this week. (Only the Japanese Yen has lost more value than the US Dollar over the last six months.) 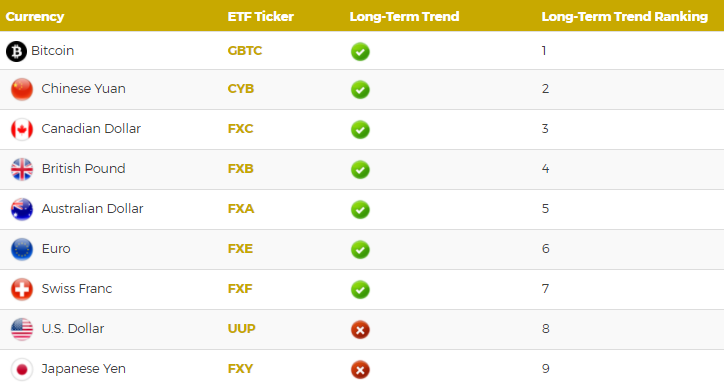 The near-term strength of the U.S. Dollar continues to place downward pressure on some commodities, like gold and silver.

But if the U.S. Dollar Index reclaims the 93.50 level, we would expect more near-term selling pressure ahead for metals.

For now, both gold and silver remain in long-term uptrends. You can view our latest metals commentary and charts here.