In 2000, as I have stated in a previous article, the Iraqi government officially announced a bold new initiative to price its oil sales in Euros, not U.S. Dollars. Here’s a report from November 1, 2000. CNN reported on the news as well here.

In the build-up to the war, the U.S. sought international support. However, several nations publicly expressed opposition to the invasion. China, Russia, and France were among these nations. Many in the American media portrayed these nations as sympathizers, and even supporters, of terrorism due to their hesitancy to invade Iraq. However, what the media failed to mention was that these nations had existing oil contracts with Iraq that would be endangered in the event that the West gained control of Iraq.

In an October 2002 interview with the Observer UK, a Russian official at the United Nations stated:

“The concern of my government is that the concessions agreed between Baghdad and numerous enterprises will be reneged upon, and that US companies will enter to take the greatest share of those existing contracts… Yes, if you could say it that way – an oil grab by Washington.”

Prior to the invasion of Iraq, Russia was owed billions of dollars by Iraq and had billions more in contracts. Together with France and China, Russia stood to gain billions in future oil contracts when, and if, sanctions were lifted against Iraq.

In a separate 2002 news article entitled, “After Saddam: All Bets Are In,” Samer Shehata, a Middle East expert at the Center for Contemporary Arab Studies in Washington, was interviewed regarding the situation.

“Russia, China, France have the highest stakes in the Iraqi oil industry,” Shehata said in an interview. “Once Saddam is out, everything becomes null and void and there is no legal authority to enforce those claims.” Then, she said, “the U.S. oil industry will post a major challenge to Saudi Arabia’s position as market leader.”

Iraqi Oil For the West?

Since the Iraq invasion of 2003, much has transpired. Of particular interest is that within weeks of the invasion of Iraq, all Iraqi oil sales were switched from the euro – and back to the U.S. dollar.

Think about this. If Iraq was not ultimately about oil, then how ridiculous is it that a nearly bankrupt nation like America could spend hundreds of billions of dollars on “spreading democracy” to foreign nations, like Iraq, when our own nation is in a steep economic decline?

How are the American people able to afford such an altruistic foreign policy?

And finally, since when has America become so interested in giving American lives and dollars for the benefit of foreign nations with nothing in return?

Speaking of which, what could Iraq possibly offer in return to America? Perhaps Vice-President Cheney answered that question best when he said in a 1999 speech at the Institute of Petroleum:

“The Middle East, with two thirds of the world’s oil and the lowest cost, is still where the prize ultimately lies, even though companies are anxious for greater access there, progress continues to be slow.”

It is obvious to any casual observer that the U.S. is in desperate need of secure sources of foreign oil that it can depend on in the future. Interruptions to America’s oil supply could be devastating in the coming years, as global oil supplies tighten due to growing demand and declining supplies.

Finally, consider Republican Senator Charles Hagel’s rather blunt statement given in a 2007 speech at the Catholic University of America regarding the true purposes behind the Iraq War:

“People say we’re not fighting for oil. Of course we are,” said Hagel. “They talk about America’s national interest. What the hell do you think they’re talking about? We’re not there for figs.”

A Growing Move from Petrodollars to PetroEuros

As the petrodollar system begins to break down, there will be a shift away from the U.S. dollar and towards another stable currency. Based upon recent events, the new currency of choice for many oil-producing nations could be a basket of currencies, instead of a single one.

In 2002, Iran began making plans to move its oil sales away from dollars and into euros. Iran was soon listed on Washington’s ‘axis of evil.’ By 2007, Iran had completely moved all of its oil sales from dollars to euros – and some yen. Washington has remained silent on this issue and instead has begun to seriously question Iran’s nuclear capabilities. This is almost an exact mirror of Washington’s approach to pre-stages of the Iraq war.

In 2002, North Korea decided it would begin using the euro instead of the dollar for all of its purchases. North Korea is also a proud member of Washington’s  ‘axis of evil.’

And today, OPEC appears to be seriously considering moving all its oil sales from the dollar to the euro. Of course, this would be devastating to U.S. attempts to maintain its grip upon global hegemony.

Finally, a recent release of government documents by Wikileaks has been particularly damaging to the case that the Iraq war was not motivated almost solely by oil. Here’s a link to a recent report that will give you food for thought.

Next week, I will conclude this series with some observations.

1. BIG BAD OIL: BusinessWeek says that many of the big oil stocks look cheap based on the 2011 profit outlook and global growth. Is now the time to buy?

2. MARKET WATCH: Stocks declined on Friday and were on track for a second week of losses as investors opted out of financial shares amid lingering euro zone debt worries.

3. APOCALYPSE NOW?: Many rich Russians are building fallout shelters and panic rooms in anticipation of the worst doomsday scenarios…

Despite the punishing declines that commodity prices have suffered over the last two weeks, notice that year-to-datereturns have collectively far outpaced the return for foreign exchange, bonds, and emerging markets – and, to a lesser degree, equities. 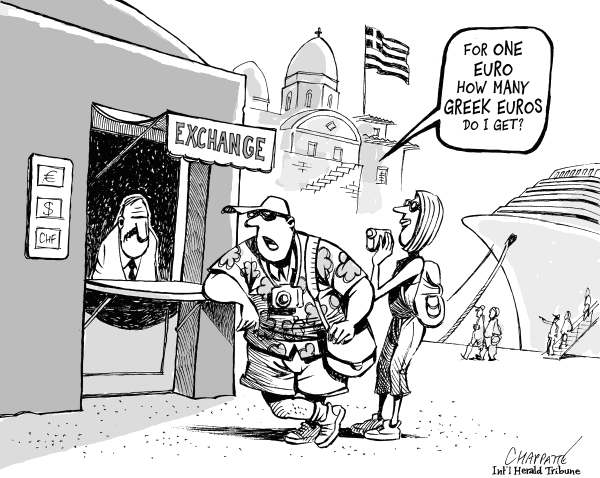