Now the CIA Wants Unlimited Access To Your Financial Records

Apparently, the Federal government is intent on continuing its never-ending war on your right to privacy.

According to a new plan unveiled by the U.S. Treasury Department, the Obama administration is now seeking authorization to provide all U.S. spy agencies with unlimited access to a massive database containing financial data on virtually every American citizen who uses the banking system.

Access to this sensitive financial data has been available to the Federal Bureau of Investigation since the tragic events of 9/11 (thanks to the “freedom-loving” President George W. Bush.) 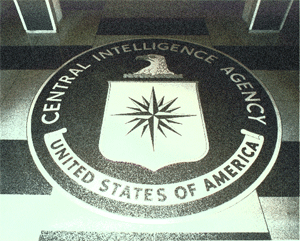 Now, the Obama administration wants to provide access to this vast database with even more U.S. intelligence agencies, including the Central Intelligence Agency and the National Security Agency.

What reason has been given for the new invasive powers by the CIA and the NSA?

In essence, the Feds believe they can more effectively identify terrorist networks and other elements of organized crime only if they are given complete and total access to more of America’s banking transactions. The power elites in Washington are convinced that Americans must be willing to give up some of their freedoms and liberties in order to ensure our continued security. 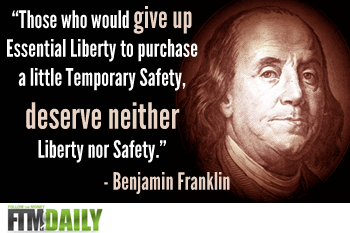 While the latest attack upon the financial privacy of Americans has many privacy advocates up in arms, there are much deeper concerns than those that appear on the surface.

If an American engages in an innocent pattern of financial transactions that suddenly becomes labeled by the Federal government as “terrorist financing” or as other behavior that is “criminal” in nature, it could lead to numerous false accusations. Given the vast powers granted to the Federal government through the National Defense Authorization Act, the ramifications could prove to be Orwellian.

This push for further integration at the Federal government level in our post-9/11 should be concerning to every American. Put simply, the closer that government entities align themselves, and the more data-sharing that they engage in, the more abusive their collective power becomes. This power can be wielded over a wary American population.

It should quite obvious to everyone why the CIA wants access to the intimate banking details of millions of Americans. It is already well documented that active duty operatives from the CIA are legally permitted to peddle their vast expertise to corporate America for a fee. Financial institutions, hedge funds, and private equity firms have been exploiting the CIA’s knowledge for years to gain a competitive edge in the world of high finance and corporate espionage.

So, in addition to the extreme immunity that the nation’s top financial firms are given by Washington, despite their criminal acts against the American people (think JP Morgan, MF Global, etc), the banksters will now be able to gain access to a vast amount of financial data on every American citizen through their buddies in the CIA.

Considering the immense corporate power (cash) that controls our nation’s policymakers, it is not hard to imagine that the new mountains of financial data secured for the CIA and other intelligence agencies will quickly end up in the hands of corporate America’s most powerful players. It can then be used against the American population in a variety of ways.

Add to this new report the old news of the intrusive actions of the TSA, the overreach of the Executive Branch, and the judicial activism of our nation’s courts and you have a recipe for tyranny.

At least we are safe from those evil “terrorists.” Right?