The Bitcoin Revolution: What You Should Know (FTMQuarterly Release!) 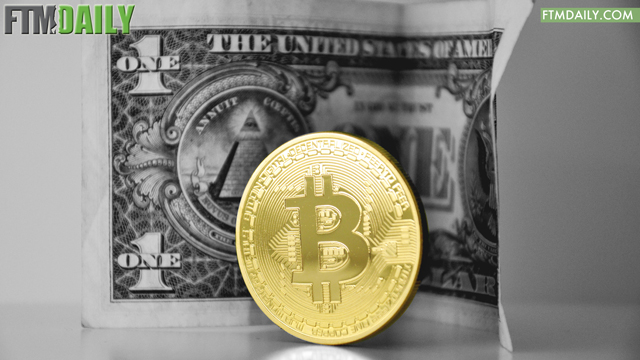 Bitcoin is a digital currency that provides a way to send money from person-to-person without using a bank or middleman. Bitcoins are sent via the Internet and involve little-to-no transaction fees. In contrast, credit card payments cost anywhere from 1.5% to 5% of the total transaction amount. These fees are paid by the merchant but are ultimately factored into the cost of consumer goods and services.

Bitcoins come into existence through a computer process called mining. Only 21 million coins can ever be mined, and anyone can be a miner, although it has become extremely competitive and almost impossible for the small player to earn coins today.

Coins are stored in a digital wallet and cannot be counterfeited or diluted (in other words, bitcoins cannot be printed at will like the U.S. dollar and all other fiat currencies). The Bitcoin network is controlled by those who use it; there is no central authority that governs the cryptocurrency, like the Federal Reserve governs the circulation of the U.S. dollar. Bitcoin can be used to send any amount to anyone, anytime, almost instantaneously (the transaction occurs immediately, but the confirmation process takes about an hour). Bitcoins can also be exchanged for national currencies like euros, dollars, yen, and many others.

A disordered currency is one of the greatest political evils. – Daniel Webster

Bitcoins are sent from person to person in a transaction. There is an address that’s used in every single transaction that contains a compressed public key (so the sender knows where to send the coins) and a hidden private key. The private key gives a person access to spend and use bitcoins from that particular wallet. It is crucial to keep your private key private (more on that later).

Subscribers login here to continue reading this story and to download this issue in its entirety. If you are not currently subscribed, you can learn more here.