Solar Energy is Cheap and Will Only Get Cheaper 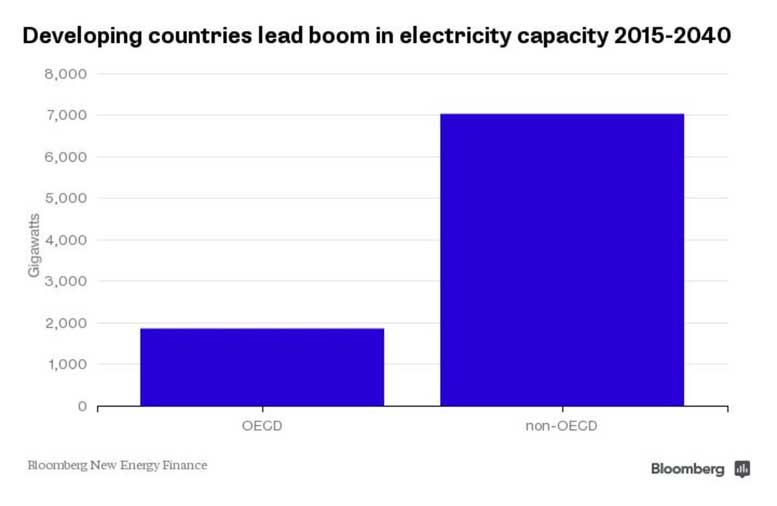 Solar Energy is Cheap and Will Only Get Cheaper

Thanks to China driving down manufacturing costs, solar panel costs have fallen by 80 percent over the last decade. Not only have costs fallen on the solar panels themselves, but installation costs are also dropping. As more investors see the potential, more money is flowing into the solar energy sector, which will inevitably lead to even more innovations. Solar panels have already become much more efficient and as investors embrace solar energy and governments encourage its adoption in their countries, a mega-boom in renewables in inevitable.

In the U.S., $39 billion worth of federal subsidies have created incentives for solar adoption across the country. In 2014, solar power generation in the U.S. grew 30 percent YOY. (Only natural gas beat solar in new generating capacity in the U.S. last year.) Experts are forecasting another 31% annual growth rate for 2015.

Companies like SolarCity have benefited from these subsidies by lowering barriers to residential solar energy and offering attractive leasing options to interested homeowners.

Until recently, the high costs of solar energy adoption have made it a luxury of wealthy nations. However, as emerging nations seek to raise environmental standards, they are relying less on uranium and fossil fuels and are turning to solar. China, for example, is encouraging the adoption of solar energy to help combat its heavy dependence upon coal-fired energy. India, which is also extremely dependent on coal, has been attracted by the sustainability and affordability of solar energy.

According to an interesting new forecast relased by Bloomberg New Energy Finance:

“Renewable energy will draw almost two-thirds of the spending on new power plants over the next 25 years, dwarfing spending on fossil fuels, as plunging costs make solar the first choice for consumers and the poorest nations. Solar power will draw $3.7 trillion in investment through 2040, with a total of $8 trillion going toward clean energy. That’s almost double the $4.1 trillion that will be spent on coal, natural gas and nuclear plants… Worldwide, rooftop and small-scale solar plants will jump nearly 17-fold from 104 gigawatts last year to nearly 1.8 terawatts in 2040.”Bloomberg

Even oil major Exxon Mobil sees the writing on the wall for fossil fuels:

“Solar capacity is expected to grow by more than 20 times from 2010 to 2040.”Exxon Mobile Corporate

This is not to say that fossil fuels, like oil, gas, and coal, will no longer be needed. It simply means that their dominance in global energy production will decline as solar energy prices plunge in the coming years.

The easiest way for the average investor to participate in the growth of companies involved in the solar energy industry is through the Guggenheim Solar ETF (Ticker: TAN), which tracks 27 companies.

I will be sharing the names of my favorite solar energy stocks in the upcoming issue of our FTMQuarterly Newsletter, which will be delivered to our subscribers in July. You can subscribe here.