Despite reporting record sales and profits, Smith and Wesson explained that its profits could have been even larger if it had been able to keep up with the voracious U.S. demand for firearms.

“Although the company continued to increase its production capacity, it was unable to meet the ongoing demand across most of its firearm product lines, resulting in additional growth in the company’s order backlog,” the Springfield, Mass., company said in its earnings report.

As you can see from the graph below, an increasing number of Americans are buying guns in the wake of recent school shootings and due to an increasing fear of new gun regulations that could come out of Washington in response. 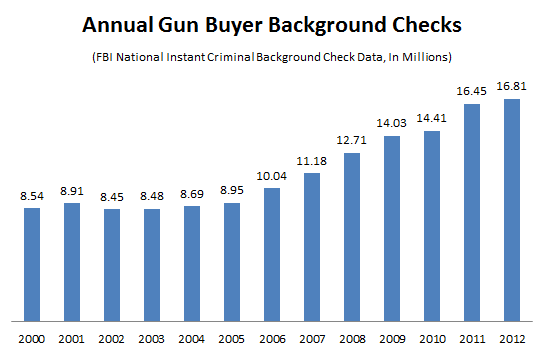