Signs in the Sun, Moon, and Stars

SHOW NOTES – Signs in the Sun, Moon, and Stars

In Segment One, Jerry dissects the week’s important economic and financial news including the latest PPI and CPI figures for April. Some economists are now warning that the U.S. is faced with disinflation (a general decrease in the existing inflation rate.) Jerry explains why this is important and how investors should be preparing for the Federal Reserve’s eventual exit strategy from its massive quantitative easing program.

Here’s our weekly Global Macro Trends Alert complete with ETF investing ideas for the week ahead. (FTM Insiders Only – Current subscribers must be logged in to view the chart.)
[private]

DISCLOSURE: Jerry Robinson currently owns shares of shares of the following ETFs: none, and continues to own physical gold and silver. NOTE: Jerry will only consider buying long ETFs when our Market Conditions Indicator Light is GREEN. During down markets (RED LIGHT), Jerry uses inverse ETFs to short the markets.
[/private]

Want access to this type of information from Jerry Robinson? Become an Gold member today for only $9.95 and get members-only access to Jerry’s latest insights!

BECOME AN FTM INSIDER BEFORE 5/31/13 AND LOCK IN YOUR PRICE FOREVER! PRICE SET TO DOUBLE FOR ALL NEW SUBSCRIBERS IN JUNE 2013! CLICK HERE

For years, investors and those seeking true financial freedom have gained access to all of Jerry Robinson’s top economic and investment insights for only $9.95 per month, or $99 per year through our Gold member program. However, on June 1, 2013, the price will DOUBLE to $19.95 per month and $199.95 per year! All current subscribers will NEVER experience a price increase. However, after June 1, all new subscribers will no longer have access to our current low prices. If you have been thinking about becoming an FTM Insider, the time to act is NOW! Don’t lose out on locking in your price forever on Jerry’s best investing and economic insights!

Later, Tom Cloud and Jerry Robinson discuss the economy, including the gold and silver markets. Gold has lost over 7% in just 7 trading sessions. Meanwhile, silver is carving out a new multi-year low not seen since October 2010! What lies ahead for precious metals and how will the Fed’s June meeting impact hard assets? Find out in this week’s Precious Metals Market Update.

Signs in the Sun, Moon, and Stars: An Interview with Pastor Mark Biltz 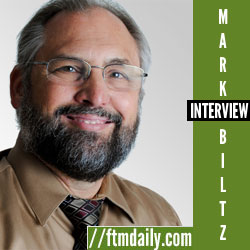 In Segment Two, Jerry is joined by Pastor Mark Biltz from El Shaddai Ministries in Washington state. Pastor Biltz has been researching the Hebrew roots of Christianity for several years and has stumbled across an amazing discovery. According to the NASA website, four total lunar eclipses are scheduled to occur on the Jewish Feast of Tabernacles and on Passover in 2014 and 2015.

Similar events occurred in the years:

– 1492 (The year of the expulsion of the Jews from Catholic Spain and the historic landfall of Jewish explorer, Christopher Columbus.)

– 1948 (The year of the establishment of the Jewish homeland in the nation of Israel.)

– 1967 (The year of the Six Day War in which the Jewish nation regained control over the city of Jerusalem for the first time in centuries.)

According to Pastor Mark Biltz, the four back-to-back lunar eclipses occurring on Jewish Feast Days in 2014-2015 signifies important events for the nation of Israel — and even the global economy — in the months ahead.

This is a fascinating interview. Don’t miss it and be sure to share it with your family and friends through email and social media!