Can you improve your investing and trading returns by trading with the seasons? On this week's broadcast, economist Jerry Robinson explores the historical performance of several calendar-based investing strategies including the Six Month Switching Strategy, the Santa Claus Rally, and the January Barometer.

Later, he provides an update on China's adoption of blockchain technology and warns about Washington's massive trillion deficits amid stagnant economic growth.

All that and more on this episode of Follow the Money radio!

Wise King Solomon said, “There is nothing new under the sun.” It’s true that everything in nature moves according to cycles. Subsequently, certain market patterns tend to hold throughout the seasons. On today’s broadcast, economist Jerry Robinson reviews several of the calendar-based investing strategies and their historical performances. 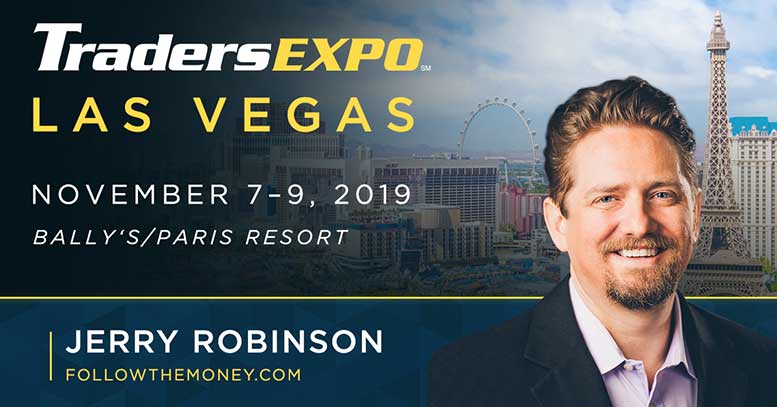 Make plans to join Jerry Robinson at next month’s Traders Expo in Las Vegas. He will be speaking on the future of blockchain technology (and why Washington fears it!)

Bitcoin soared above $10,000 on Friday, thanks to China’s announcement that they intend to lead the way in blockchain technology. As China continues its heady ascent in the 21st century, Washington is borrowing $1 trillion per year to finance its out-of-control spending while cutting taxes for the wealthy. The result: The U.S. just reported a mere 1.9% annualized growth rate in its latest Q3 GDP print. In this segment, Jerry briefly discusses the cold reality of the U.S. economy.

Have a question about gold or silver investing? Call 800-247-2812 now for the best prices on gold and silver coins and receive Free Shipping & Insurance when you mention “Followthemoney.com”

Jerry closes out today’s show with a time-tested quote from one of greatest stock traders in recent history, Jesse Livermore.