Congressman and Republican presidential candidate Ron Paul defended his support for Israel in an interview with Newsmax yesterday.  We recently reported that The Republican Jewish Coalition did not invite Paul to the presidential-candidates forum the organization hosted.

Paul is gaining momentum in the presidential race as a new Washington Post-ABC News survey in Iowa revealed that he and Mitt Romney are tied as the second-leading candidate (with 18% of the vote) behind Newt Gingrich (with 33% of the vote). 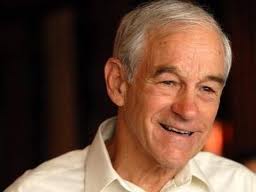 In the interview, Newmax contributor Doug Wead, a presidential historian and New York Times best-selling author, asked Paul about his policy of cutting foreign aid to Israel. Paul stated that he has "objected to all foreign aid", further citing that "We give $3 billion a year to Israel in loans; and we give $12 billion or more in assistance to Israel’s self-declared enemies. Some of these are countries that say they will drive Israel into the sea."
In response to evangelical Christians who want to continue foreign aid to Israel, Paul said that he would "say to them that our aid in the region is out of balance and it is wrong. Foreign aid does not help Israel. It is a net disadvantage. I say to them that 'the borrower is servant to the lender' and America should never be the master of Israel and its fate. We should be her friend." He went on to say, "In October, 1981, most of the world and most of the Congress voiced outrage over Israel’s attack on Iraq and their nuclear development. I was one of the few who defended her right to make her own decisions on foreign policy and to act in her own self-interest."
As to what we should do for Israel, Paul said, "We should share intelligence for mutually agreed-upon goals. We should honor our pledge to refuse any arms sales that would undermine Israel’s qualitative military edge in the region.  But we should stop interfering with them. We should not announce bargaining positions even before she begins her negotiations. We should not dictate what she can and cannot do. We should stop trying to buy her allegiance. And Israel should stop sacrificing their sovereignty as an independent state to us or anybody else, no matter how well-intentioned."
Read the full interview here.