Peak Oil 101: Waking Up to the Reality of Peak Oil

Today, we continue our Q&A session on America’s Energy Crisis with a particular emphasis upon the theory of Peak Oil.

Q: Okay, this ‘peak oil’ deal seems like really bad news for America. But I am sure that the U.S. government has been working on a way to fix this problem soon, right?

Despite being warned for decades that the U.S. would eventually face peak oil production, the U.S. government has done nothing to date to solve the energy crisis that will soon strike America’s shores with a fury.

You read that correctly: the American government has no plan.

And not only has America become dependent upon foreign nations for the majority of its energy supplies; it has also become dependent upon a national infrastructure that is almost completely dependent on cheap and abundant oil. Today, a large part of American government and commerce operate under the assumption that our nation will have limitless supplies of ‘cheap’ oil.

Q: I have heard that America still has large amounts of oil reserves that have not been tapped for production. Won’t America be fine if it just uses its own untapped reserves?

A: One of the major contributing factors to America’s decreasing oil production has been a decline in new domestic oil discoveries. The last major U.S. oil discovery occurred in the late 1960’s. (The recent major discovery in North Dakota’s Bakken shale could produce an additional million barrels a day and may contain billions of untapped barrels, but relies on controversial fracking technology.) The only way to increase our oil production is to strike new, currently undiscovered sources of oil or to develop technology that allows us to extract more from our existing reserves. Until this happens, America’s oil supplies will continue to dwindle.

Some have pointed to places like the Arctic National Wildlife Refuge as holding the answer to America’s energy crisis. Well, what about ANWR, as it is called?

As you may have heard, ANWR is a hotly debated topic among politicians.

This region has pitted environmentalists against the big oil lobbyists in a political struggle over a relatively small amount of oil. According to the USGS (United States Geological Survey), ANWR is estimated to hold somewhere between 6-16 billion barrels of oil. The U.S. Department of Energy has stated that, based upon their research, ANWR could potentially produce between 1.0 – 1.3 million barrels of oil per day. According to the DOE, reaching these production levels would take around 20 years. Currently, America consumes around 19 million barrels of oil per day. And that number is set to increase to 26 million barrels per day by 2020. Are one million barrels per day really worth the current political debate? Obviously, the extra oil extracted from ANWR is a good idea, but it is certainly no solution to our problem. 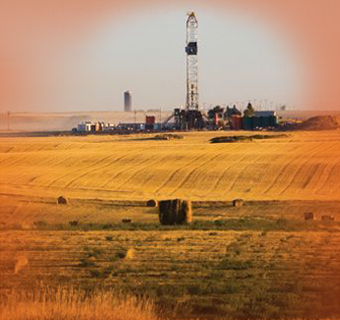 Others have pointed to the oil trapped in the Canadian oil sands as being the solution. In 2003, Canada reported a huge discovery of oil trapped inside Alberta tar sands. Unfortunately, extracting oil from these sands is extremely labor-intensive, requires an immense amount of water, and an enormous amount of energy. In addition, the extraction is extremely slow, not to mention a low EROEI of 1.5. This is not a likely candidate for solving America’s energy crisis.

Additionally, others have expressed their hope in the oil shale formations stretching across western North Dakota, northeast Montana, and into Canada’s Saskatchewan Province known as the Bakken, as the solution to our oil consumption problem. Once again, while the reserves appear to be immense, the EIA (U.S. Energy Information Administration) is projecting that these discoveries will produce 350,000 barrels a day by 2035. While I believe that the daily production will exceed the EIA’s projection, it will not be nearly enough to wean the U.S. off foreign oil.

Q: Alright, peak oil may be a reality for America, but we are just one country. There are plenty of other nations with lots of oil that America can import. Are you saying that every single one of those nations is facing peak oil too?

So far we have limited our discussion to the affect that ‘peak oil’ has had on U.S. domestic oil production. But what about global oil production? Does Hubbert’s Peak theory apply to world oil production too?

The U.S. Department of Energy has beat us to the punch, because it has already asked these same questions. (I guess 1970 really spooked them.) In an effort to gain answers, they commissioned and sponsored an in-depth report detailing the likelihood of short-term global peak oil production. The report, entitled Peaking of World Oil Production: Impacts, Mitigation, and Risk Management, is also known as the Hirsch Report. (Here’s a link to the official 67 page report in PDF format.) Released in 2005 by energy expert Robert Hirsch, this in-depth report drew several important conclusions. They include:

The release of the Hirsch Report further legitimized and solidified the imminent threat posed by ‘peak oil.’ In addition, the Hirsch Report surveyed a number of energy experts regarding what year they expected the world’s oil supplies to reach a peak. Interestingly, an overwhelming number of responses to the report found that the year 2010 was the general timeframe that global peak oil began.

Today, however, there is very little real debate about the reality of peak oil. The question is not if peak oil is coming, but when.

Even the U.S. government has confirmed the validity of Hubbert’s Peak in a February 2007 report entitled: “Uncertainty about Future Oil Supply Makes It Important to Develop a Strategy for Addressing a Peak and Decline in Oil Production.” (You can read the report in PDF format by clicking here.) The report, issued by the Government Accountability Office (GAO), admits that the world will reach peak oil production sometime between now and 2040.

In its World Energy Outlook 2004, the International Energy Agency (IEA) forecasts global peak oil production by 2040. (You can read this report by clicking here.)

Among oil companies, Exxon Mobil’s The Outlook for Energy: A View to 2030 predicts peak production after 2030; Total’s Sharing Our Energies: Corporate Social Responsibility Report 2004 forecasts the peak around 2030; Shell’s Energy Needs: Choices and Possibilities. Scenarios to 2050 estimates the date to be prior to 2050.

Today, total global oil production in 2010 reached 86.7 million barrels per day. But that number will rise, due to increasing demand from around the globe. In a news report from Bloomberg entitled, “Total, Shell Chief Executives Say `Easy Oil’ Is Gone,” the International Energy Agency, estimates that the global oil production will have to rise 39% from today’s 86 million barrels to 116 million barrels of oil a day by 2030. The report quotes the CEO’s of Total and Shell as saying that the days of ‘easy oil are over.’

The ugly truth that few are telling you is that the world is preparing to be plunged into an era of declining oil production which will lead to enormous energy price increases. Much of the problem stems from decreasing global supplies due to a simultaneous occurrence of peak energy production around the globe. But what is exacerbating the global energy problem is the increasing demand from both developed and developing nations. And despite having foreknowledge of the issues we are facing today, the American government has done little or nothing to prevent such a predicament.

The Bottom Line: Today, the world is facing an energy crisis of immense proportions that few nations have prepared for – and, of which, even fewer people are aware.

Tomorrow,  I will delve further into this important topic of America’s Energy Crisis.

2. GOLDMAN SAYS: The commodities rout that knocked off $99 billion of market value last week is driving out speculators and leading Goldman Sachs Group Inc., which forecast the plunge, to predict a possible recovery. Gold and silver moving higher this morning.

3. QE3?: Price swings in the Treasury market are approaching the smallest levels in four years.

4. APPLE ON TOP: Apple has overtaken Google as the world’s most valuable brand, ending a four-year reign by the Internet search leader, according to a new study by global brands agency Millward Brown.

5. HOUSING PAIN: U.S. home values fell in the first quarter at the fastest rate since late 2008, real estate data firm Zillow said on Monday, suggesting that a bottom will not be seen until 2012 at the earliest. 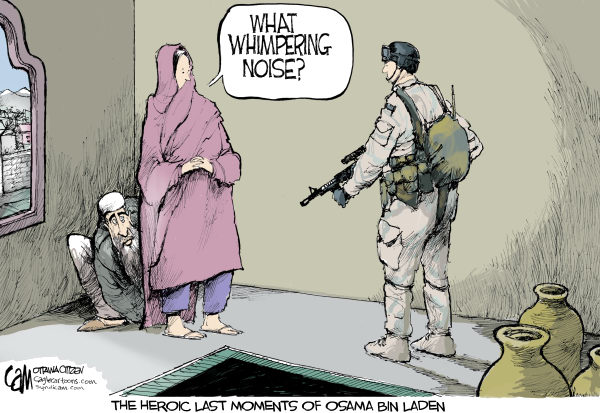