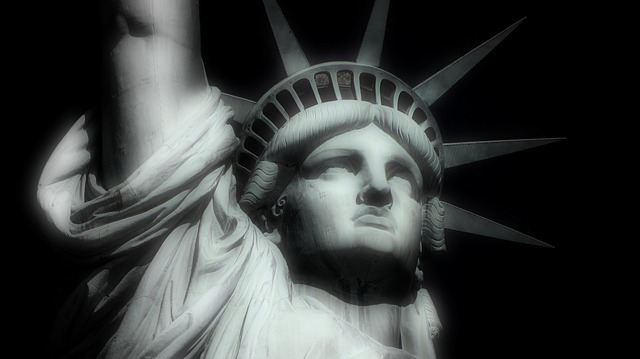 Despite the supposed Mayan apocalypse in the month of December, which was anticipated by many, 2012 is over… and the world is still here.

As 2013 dawns, America remains awash in debt with no signs of slowing its massive spending. Every week, our nation spends $4 billion to prop its war machine in the mountains of Afghanistan. Our nation coughs up another $4 billion every week in interest payments on its gargantuan debt which – as of this writing – stands at an astounding 16,450,981,484,618. That’s slightly above our current national debt ceiling of $16,394,000,000,000.

So… about that “debt ceiling”

The “debt ceiling” has replaced the “fiscal cliff” as the new crisis of the month. Let’s take a closer look at what the debt ceiling is and why it is important.

Shortly after the Federal Reserve Act was signed in 1913, the Congress took an unusual step by allowing the Treasury to independently choose when to issue bonds to the public. (From the founding of the nation until World War I, every single bond issuance by the Treasury was subject to its own Congressional vote.) These sweeping fiscal changes, which came as a result of the Second Liberty Bond Act of 1917, imposed a Congressionally-mandated borrowing cap upon the Treasury Department. The Treasury could now make the decision to issue bonds without gaining Congressional approval. But this newfound freedom to create debt came with strings attached: a Congressionally-mandated limit to the amount of debt that the Treasury could create, otherwise known as a “debt ceiling.” When the Treasury hits this debt ceiling, it is then required to come groveling back to the Congress for approval to issue more debt.

Since its inception, Congress has consistently voted to raise this debt ceiling. And with each passing decade, the amount of debt owed by the Federal government has increased exponentially.

The debate that is breaking out today regarding the debt ceiling is cleverly disguised as one over “fiscal responsibility.” One political party is demonized while the other is idolized. This is completely laughable for at least two reasons. One, neither of these two spendthrift political parties can claim the high ground in a debate over “fiscal responsibility” with a straight face. And two, both parties have used the debt ceiling as a weapon against each other for years. When Republicans run Washington, Democrats don’t want to raise the debt ceiling. And now that Democrats are running Washington, the Republicans are attempting to block an increase in the debt ceiling. The absurdity of the debate is mind-numbing.

While the hand-wringing and political theatrics will be impressive to those who still believe the corporate-controlled media’s narratives, the outcome is completely predictable: The debt ceiling will be increased. After all, can our nation improve its immediate financial situation by defaulting on its debt?

For example, imagine that for the last several years you have been on a spending binge. Your spending sprees have maxed out virtually all of your credit cards and the things you have bought on credit no longer seem like a good idea. One day, you have an epiphany that it is time to improve your financial situation. So when your credit card bill comes in the mail, you simply toss it in the garbage. After all, why keep paying for those worthless items you bought last year? You need to start saving money!

Debating the debt ceiling is rooted in a false argument. It is like trying to cut down a tree by striking at its branches. If Washington wants to solve its debt problem, it should cut spending, not toss its debt bills in the trash and hope the problem goes away! The power given to those in Washington has apparently become so intoxicating that it is now impairing their sanity.

Earlier this month, Federal Reserve Chairman Ben Bernanke entered the fray by calling for the debt ceiling to be scrapped. According to Mr. Bernanke, limiting the Treasury from unlimited borrowing from the Federal Reserve is an antiquated fiscal statute with “no practical value.” Spoken like a true central banker…

Imagine if all financial institutions and credit card companies followed Bernanke’s advice and eliminated credit limits on all of its borrowers. What if all American households decided that limiting the amount of debt they took on was irrelevant?

Mr. Bernanke, and those global financial institutions with ownership stakes in the Federal Reserve, has an incentive for America to continue its spending binge. After all, the Federal Reserve gets paid back with interest on all of the loaned dollars that it prints ‘out of thin air’ for the Federal government. So of course the Fed wants the U.S. government borrowing to be uncapped!

But, you may ask, isn’t the Federal Reserve concerned that America may not be able to pay it back? After all, banks only make money if their loans are paid back with interest.

Jerry’s Forecast: America’s debt ceiling will be increased despite political hand-wringing after the corporate-controlled media milks it for ratings and ad revenue.

I know it’s a politically sensitive topic today but somebody has to say it: It is a fact that income inequality plagues America.

Compare that to the declining fortunes of the bottom-earning 60% of Americans who are worth a mere $1.26 trillion as of 2010. (Do you think it went up since then?)

It is simply astonishing. How can a group of just 400 Americans hold more wealth than 60% of America’s 312 million citizens?

How can the disparity between the mega-rich and the middle class and poor in America be so wide?

The answer is a difficult one. Put simply, the deck is stacked…

It is stacked against you, your children, and your grandchildren. If you think your children are getting most of their education at school, you are sadly mistaken. The educators in today’s society are the corporations, financial institutions, and the media outlets. And they have done an amazing job at teaching the American people why they should “buy things they don’t need, with money they don’t have, to impress people they don’t know.”

Not only are the poorest Americans living paycheck to paycheck, they are also drowning in debt trying to climb the socioeconomic ladder. Between 2001 and 2010, the average debt for households earning $20,000 a year or less increased to $26,000.

Americans are increasingly raiding their 401(k)s to make ends meet each month. New data shows that slightly more than one in four Americans regularly borrow funds from their retirement plan to pay their debts, including their mortgage and credit card bills.

Why? Because Americans have been bludgeoned with messages to “max out their 401(k)” instead of creating a pool of liquid emergency savings, and financial advisors point wary Americans towards the glorious Wall Street casino for their retirement savings.

The rising numbers of debtors, those with little or no savings, and those with “too much month at the end of their money” have led to an explosion in America’s welfare expenditures. Nearly 50 millionAmericans receive food stamps. (That is 1 out of every 6.5 Americans!) Sadly, more than 25% of all American children are enrolled in America’s food stamp program.

Finally, consider that more than 128 million American citizens are financial beneficiaries of the Federal government.

And these numbers are growing rapidly as more than 10,000 Americans reach retirement age every single day.

So can the U.S. economy improve despite these harsh economic realities? Well, it all depends on how you define the word “improve.”

Stocks, gold, silver, real estate, energy, and food prices will rise from here. But Americans have mistakenly believed that inflation-driven increases in asset prices represent an increase in real wealth.

They most certainly do not.

The American people have been on a vomit-inducing carnival ride for the last decade as they helplessly watch the destruction of America by an out-of-control banking system, a completely corrupted Federal Reserve, and power-crazed political leaders. And the worst part is that our leaders have no clue where they are going! The corporate-controlled media readily – and obediently – anoints the well-heeled blind to lead the ragged blind in this fiscal fiasco.

For those who need just a bit more proof that the media is completely derelict in their duty to the American people, consider this: I have gone back and searched the 2012 Presidential and Vice-Presidential debates desperately listening for the phrase “Federal Reserve.” Would you believe that, despite the high number of dull Presidential debates that the American people were subjected to last year, not a single person (candidate or moderator) uttered the phrase “Federal Reserve.” Not even during the special “economic issues” debate!

Of course, I am referring to the same Federal Reserve that perverted its own policies to print and send trillions of U.S. dollars to bail out foreign investors and foreign banks during the Credit Crisis of 2008.

This is the same Federal Reserve that has slowly and steadily drained our currency of its purchasing power, leading to higher prices…

Despite these facts, the absolute silence regarding the Fed, on both sides of the political aisle and from the derelict media, was deafening.

Meanwhile, the media whipped the American population into a wild frenzy, convincing them that there was actually some meaningful difference between the two Presidential candidates.

One half of the fraudulent media anointed Mr. Obama as savior.

The other half pointed to Mr. Romney as the only hope for America.

Both were dead wrong.

Our system is broken and the people are beginning to wake up to this fact.

In fact, the American people have made multiple attempts to grapple with this nation’s desperate situation. (The Religious Right, the Tea Party, Occupy Wall Street, etc.) It is normal human behavior for people to congregate and huddle in times of crisis. In trying to create solutions, these factions of well-intentioned activists across the country have instead created a dangerous “Us vs. Them” mentality that has completely divided our nation. Of course, America is no stranger to divisive times. In fact, 150 years ago, Americans fired muskets upon their own countrymen in an effort to ultimately deal with the issue of human slavery within our borders. This isn’t ancient history. These tragedies occurred just three to four generations ago. Stoking the “Us vs. Them” mentality is a very dangerous game. This is especially true in our era of absolute madness.

The house of cards that Washington has built will eventually collapse under the weight of time. This is why we continue to sound the alarm that now is the time to achieve total financial and spiritual liberty.