PODCAST: On The Eve of Destruction

In this week's broadcast, host Jerry Robinson exposes why the world's elites and the corporate media are obsessed with Syria, and is joined by award-winning documentary filmmaker John Pilger for a disturbing look at U.S. history. Also, Tom Cloud reports on recent news in gold and silver.

Segment 1: The Dense Fog of the Syrian War

In this segment, Jerry Robinson unmasks the bitter, shameful truth behind the horrific bloodshed and devastation in Syria. Highlights include:

Recommended Links
Barbara Dane and The Chamber Brothers – You’ve Got to Reap What You Sow (1966)
From our Follow the Money Archives
Why Syria?
PODCAST: The Real Reason for War in SyriaBUSTED: Elites Admit ‘War for Oil’ (An FTMDaily Short)
Preparing for the Collapse of the Petrodollar System
The SHOCKING Truth About the U.S. Dollar: What The Media Never Told You

Segment 2: The Coming War on China 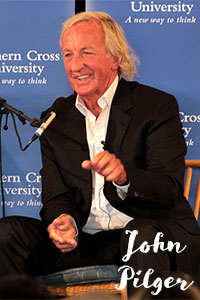 With over 60 titles to his credit, award-winning journalist and documentary filmmaker John Pilger joins Jerry for a discussion of his latest documentary, “The Coming War on China”, in which he reveals that the United States and China, both nuclear-armed, may well be on the road to war. Key points include:

Private Group Coaching: 5 Ways To Use The Robinson Report

PODCAST: The Bull Case For Bitcoin