Megachurch Pastor Jeffress: Why Trump is WAY Better than Jesus

Play Video to Listen to this Article

A fool’s greatest snare is his own words.

Last year, after endorsing retired neurosurgeon Ben Carson for President, Pastor Jeffress argued that all Christians should apply a rigorous religious litmus test when choosing a candidate for the highest office in the country. 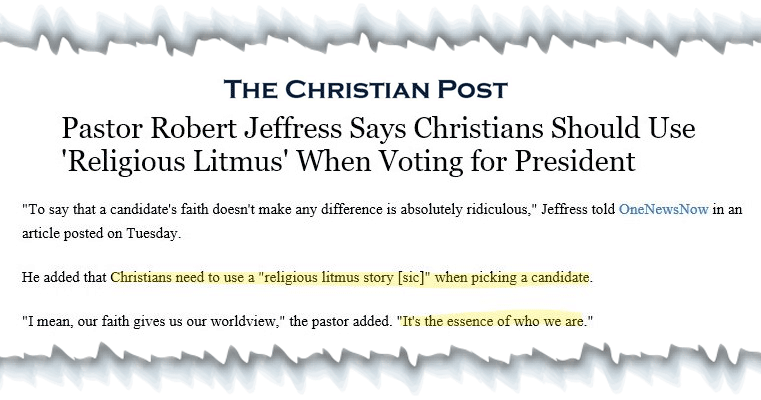 But after it became clear that the Carson candidacy was a losing bet, Mr. Jeffress jumped ship and boarded the Trump train. Cornered by his own words, Jeffress had no choice but to lash out at Christians who were then seeking to apply any sort of said “religious litmus test” to the twice-divorced, unapologetic Donald.

Just recently, Mr. Jeffress has gone one step further by bluntly stating that Donald Trump would make a far better President than even Jesus Himself!

Listen to the audio for yourself below…

Pastor Jeffress: Why Trump is Better than Jesus

“But as far as his worldview, Trump’s worldview, you know… I was debating an evangelical professor on NPR and this professor said, ‘Pastor, don’t you want a candidate who embodies the teaching of Jesus and would govern this country according to the principles found in the Sermon on the Mount?’ I said, ‘Heck no.’ I would run from that candidate as far as possible, because the Sermon on the Mount was not given as a governing principle for this nation.” “Nowhere is government told to forgive those who wrong it. Nowhere is government told to turn the other cheek. Government is to be a strongman to protect its citizens against evildoers. When I’m looking for somebody who’s going to deal with ISIS and exterminate ISIS, I don’t care about that candidate’s tone or vocabulary. I want the meanest, toughest, son of a you-know-what I can find. And I believe that’s biblical.”Pastor Robert Jeffress

There are at least two takeaways from Jeffress’ latest comments:

According to Jeffress, and others of his ilk, America was/is:

How bizarre then it is that Jeffress would seek to prevent Jesus — and anyone like him — from getting anywhere near the centers of power in Washington — the epicenter of his “Christian” nation!

How ridiculous! But also how revealing!

A fool is always ensnared by his own mouth. False teachers expose themselves in full view today, without ever trying to hide it. This is sadly just one of many examples.

Just some food for thought.

P.S. While Pastor Jeffress is correct when he says the Sermon on the Mount was not given as a governing principle for this nation, it does provide the governing principles of the Kingdom of God. That Jeffress could elevate any earthly form of government above the government of God — in any context — is simply astonishing, considering his role. As Christian believers, we have no country on this earth. We are pilgrims, sojourners, weary travelers who are just passing through daily trials and tribulations. 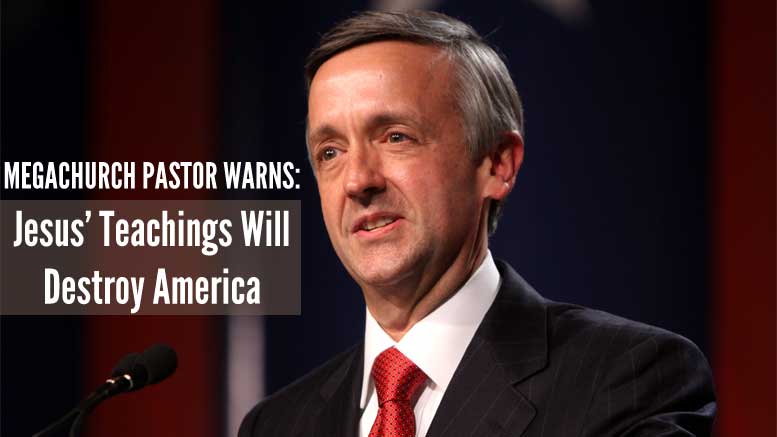