FTMDAILY – Yesterday’s mysterious three hour trading halt on the NASDAQ, which affected nearly $6 trillion in equity holdings, is officially being labeled as an unexplained “technical glitch.” Some have blamed the massive outage on high-speed computer trading algorithms. However, some experts are saying that this latest trading halt has all of the makings of a cyber attack. 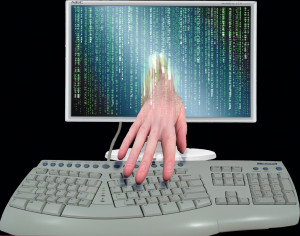 While this may sound like an outlandish claim, U.S. financial institutions, banks, and credit unions have actually been the subject of a widespread set of cyber attacks allegedly launched by an Islamic group of hacktivists, known as the Cyber Fighters of Izz ad-Din al-Qassam. You can read about some of these cyber attacks here.

But claims of a cyber attack against the NASDAQ this week actually make sense when you consider the rash of similar outages that have hit major U.S. corporations over the last several days…

August 7, 2013…  Apple experiences a major outage on many of its cloud based services for nearly three hours.

August 14, 2013… The New York Times website mysteriously goes down for nearly 90 minutes. Experts call it a “cyber attack,” but the NYTimes denies the claim.

August 20, 2013… A “technical error” at Goldman Sachs leads to a flood of erroneous trades in the options market.

So, what do you think? Is this all a coincidence? Or are these just the latest events in an ongoing global cyber war?