It’s Good to Be Back…

It’s great to be back at our office in Houston after taking our “Building True Wealth” Financial Seminar on the road over the last several days. Last week, my wife and I traveled to a town near Philadelphia to present a three-day financial seminar explaining the roots of the economic crisis, along with real steps that individuals can take to ensure their own financial security. We will be traveling to a few more states before the end of the year so, if you missed your chance to join us in Pennsylvania, watch our website for more information coming soon. (Also, for those who wish to host a “Building True Wealth” Financial Seminar in their area, I will be making an exciting announcement in the upcoming weeks.)

I want to thank my good friend, Marcus Curtis, for sitting in for me with daily articles while I was away. If you enjoyed his articles, you can visit his blog here. He spends much of his time monitoring the economic events in Iraq, with a special emphasis upon the Iraqi Dinar currency. As he wrote here on FTMDaily.com last Friday, Marcus believes that the Iraqi Dinar could potentially soar in value soon. If you missed his article on Friday, you can read it here. (I would classify an investment into the Iraqi Dinar as a Level 5 strategy. It is by no means a stable currency and you could easily lose most of the money that you put into this currency, as its currency arrangement is far from predictable. So, caveat emptor!)

Tomorrow, I will begin a brief teaching series on America’s energy crisis with a look at Peak Oil, the Petrodollar System, alternative energy sources, and more. Plus, on this weekend’s FTMWeekly Financial Radio Show, I will sit down with Dr. Ron Rhodes, who has authored a book on this topic entitled The Coming Oil Storm.

Finally, let me say that I am grateful for all of your continued support as we seek to reach out to America with this vital message of wise financial stewardship in the midst of global economic tumult. While the globe may appear to be spinning out of control, we know that by applying sound strategies and a healthy dose of common sense  to our personal finances, we can weather any and all financial storms that lie ahead.

1. OBAMA GETS OSAMA: The White House is reporting that Osama Bin Laden has been killed. A graphic photo of his corpse is slated to be released soon. Today, CIA Chief Leon Panetta breaks the silence about the military operation that netted one of the most despised men on earth.

2. MARKETS ON EDGE: The global markets dipped on Tuesday as many investors anxiously await a terror backlash in response to Bin Laden’s death.

3. DEBT CEILING EXTENSION: U.S. Treasury Secretary, Timothy Geithner, now says that the U.S. Federal government can borrow until August 2 after reaching the $14.29 trillion limit because of “stronger-than-expected tax receipts” and by taking “extraordinary measures”, such as suspending the sale of bonds to finance state and local infrastructure projects.

4. ONE TRILLION DOLLARS: Apple is now officially the most valuable technology company in the world. Now some believe that it is well on its way to becoming the world’s first trillion-dollar company.

5. GM SURGE: General Motors Co. reported a 26% surge in April vehicle sales Tuesday, putting it on track to retake its position ahead of Ford Motor Co as the leading car seller in the U.S.  This surge is also helping to push the company’s stock back above its initial public offering price.

If you are self-employed, you have quite a few options when it comes to funding your retirement. Here’s a comparison of three different types of retirement accounts for the self-employed to consider for funding their golden years.

It’s time to laugh a little. Here’s a sampling from some of the late-night jokers.

“No one knows how much the royal wedding costs, but they think it may be more expensive than all of Larry King’s weddings put together.” –Craig Ferguson

“President Obama is slated to appear on one of Oprah’s last shows. He’s hoping it’s the one on which she gives away 14 trillion dollars.” –Conan O’Brien

“Prince William and Kate Middleton kissed each other in public two times on a balcony. At one point I was like, “Geez, get a castle, you two!” –Jimmy Fallon

“It took Kate Middleton about four minutes to walk down the aisle at the royal wedding. Meanwhile, it took me about a second to realize I was a grown man using a stopwatch to time a bride walking down the aisle.” –Jimmy Fallon

“Ten Delta Airlines baggage handlers were arrested for smuggling drugs into Detroit. Yeah, you can tell Delta was involved, because the drugs were supposed to be smuggled into Chicago.” –Jimmy Fallon 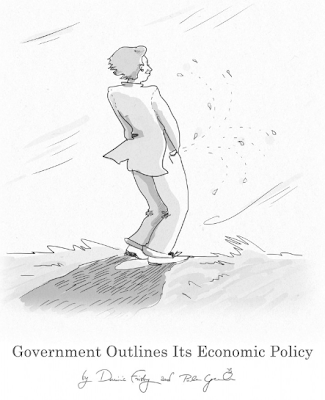