Is It Too Late to Buy Silver? Absolutely Not!

TEL AVIV, Feb. 21 – If you’ve been following the investment markets lately, then you know that people have continued to want to buy silver and gold over the past few years, even as prices have continued to rise to stratospheric levels.

In fact, over the past few years, many investors looking for a safe haven for their money have been turning to silver and gold as alternatives to more volatile paper currencies. And while both precious metals have been doing well, it seems that silver actually has a few things going for it over gold lately.

Poor Man’s Gold? How About the Metal of the Technology Age!

First of all, while gold is used primarily as an investment vehicle, silver is actually extremely valuable as a manufacturing metal. It happens to conduct electricity better than almost any other metal available (the only reason the wires in your home and those buried in the street are made from copper alloy as opposed to silver is because silver is way too expensive to use for making wires). 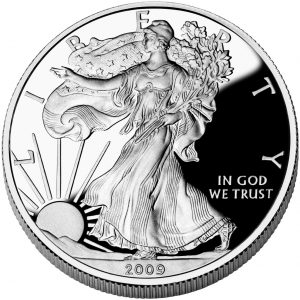 This means that when you buy silver, you are getting more than just the perceived value, as you might get with something like say diamonds (the diamond industry carefully controls supply in order to make the rocks more valuable they otherwise might be).

Instead, it’s a type of precious metal which offers real, intrinsic value as well. This simple fact alone has made the value of silver escalate rapidly, giving it a very high valuation and making it a popular choice amongst investors.

One of the most common indicators of value in silver is the gold/silver ratio, i.e. how many ounces of silver does it take to purchase a single ounce of gold? The ratio has been getting smaller and smaller lately because silver has continued to outperform gold for the past few years, although both precious metals are rising rapidly in price.

This is important because it shows that silver is increasing in value as an investment option, even as gold has increased in value over-all.

Ever since this famous saying was first uttered during the Clinton presidential campaign, it’s been trotted out as a catch all for everything wrong with the economy. And while I’m well aware that it has become something of a cliché, the fact is that this statement really does sum up why silver is still such a great deal right now.

The economic indicators all say that we are still reeling from the Great Recession. We’re still seeing high unemployment numbers all across the globe and inflation has begun to rear its ugly head.

Since the Federal Reserve has been flooding the market with dollars, which they can easily print to their hearts content (they literally are printing it down in the basement) the value of individual dollars has been going down. Not so with silver or gold, both of which are in finite supply and as such have been rising steadily in value.

Holding on to silver is a way to keep your money safe and hedge against inflation. Plus, with many economists predicting that you could soon end up having to spend as much as $50 or more an ounce to buy silver, it’s a great time to invest with an eye toward healthy profits as well.