Economic and market commentary for the wise investor

Sign up to receive the FTMWeekly Podcast in your email inbox every Saturday
01:49 >> 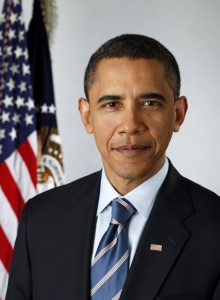 On this week’s Follow the Money podcast, Jerry Robinson provides his commentary on last week’s election results. At a total cost of $6 billion, the 2012 elections were reportedly the most expensive in history. Despite the sluggish economy and a well coordinated conservative-led campaign against President Barack Obama that included feature films, talk radio, and chain emails, the GOP lost decisively.

Gov. Mitt Romney was reportedly “shellshocked” by his defeat by Mr. Obama. Romney and Co. had hoped to pick up traditionally blue states like Minnesota, Michigan, and Pennsylvania due to growing concerns over the economy, unemployment, and a strongly united conservative base. The Romney camp, however, failed to even win the popular vote.

The U.S. financial markets suffered their steepest sell-off the day after Tuesday’s elections. All told for the week, the S&P 500, the Dow, and the Nasdaq have all fallen by more than 2%. While a post-election sell-off is traditional, Wall Street is anxiously waiting to see how Washington will handle the upcoming fiscal cliff. If lawmakers take no action, $607 billion in taxes and spending cuts automatically goes into effect on January 1. These changes will include increases in the estate tax, the long-term capital gains tax, and the tax on dividends, among others. With the posturing of the elections behind us, we expect Washington to reach a compromise on the fiscal cliff sometime within the next 40 days. 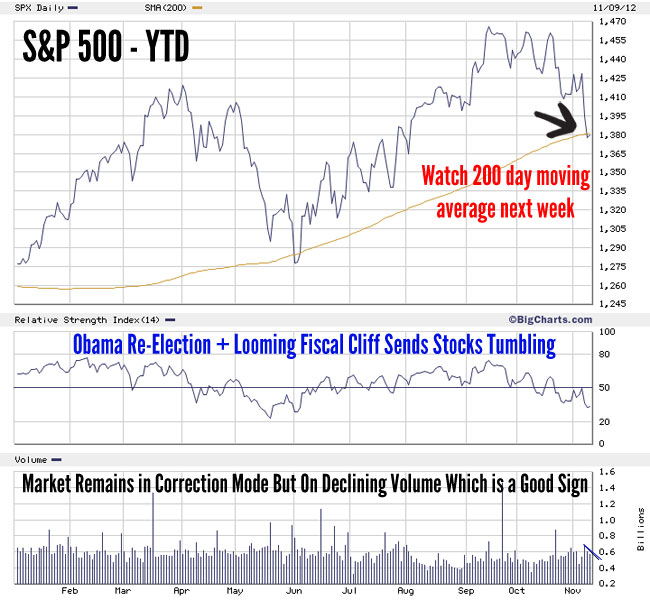 And while the re-election and the looming fiscal cliff have been weighing heavily on stock prices, also consider the chart below which shows that the rising U.S. dollar is also pushing stocks down. 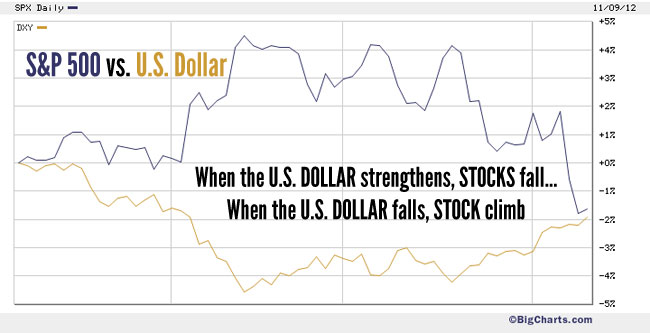 We expect the U.S. dollar will top out at about $81.50-$82.00 on the dollar index. At that point, it will run into solid resistance. When the dollar begins falling then stocks, metals, and commodities will begin rising. Get your wish list ready. Its almost time to buy. For now, the market remains in correction mode.

To see which stocks are on Jerry’s wish list, become an FTM Insider. Learn more here.

Next, we are joined by Tom Cloud with this week’s Precious Metals Market Update. 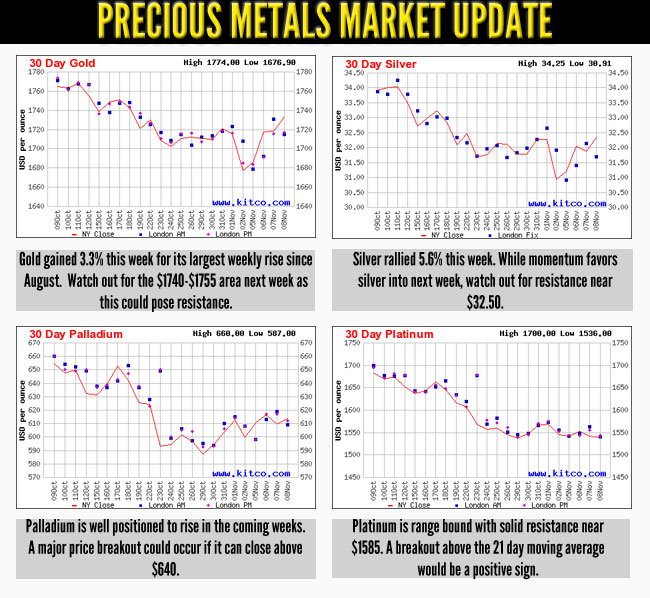 This week, Tom shares his thoughts on last week’s election, the upcoming fiscal cliff, and the U.S. dollar. Jerry and Tom also discuss and provide an outlook for four metals: Gold, Silver, Palladium, and Platinum.

Related Headlines
Gold Settles Above $1,730; US Fiscal Cliff Dominates >>
METALS OUTLOOK: With US Election Done, Gold Prices Could Rise Next Week >>
Is the Correction in Precious Metals Over? >>

Finally, in this week’s Retirement Minute segment, financial advisor John Bearss tackles another common question that many of our readers who are nearing retirement ask us often: “Are my Social Security benefits subject to income taxes?”

>> John Bearss is a financial advisor with 26 years of experience. In addition to offering holistic retirement and financial planning advice, he also provides FTMWeekly listeners with 100% free financial coaching on our Five Levels of Financial Freedom. To schedule your free coaching session, call John Bearss directly at (888) 914-9909. Or you can email him at john @ cfanetwork.org