Here's a snippet of the CFPC article: 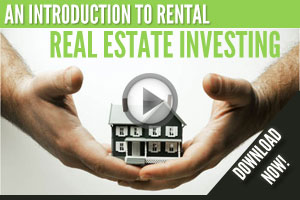 The lines of job-seekers are long, states are reducing their higher education budgets, and household budgets are straining. Young consumers are shouldering much of the punishment in the form of substantial student loan bills for doing exactly what they were told would be the key to a better life. Large levels of debt might also pose immediate problems for the rest of us.

Excessive student debt can slow the recovery of the housing market. Student loan borrowers are sending big payments every month to their loan servicers, rather than becoming first-time homebuyers. This debt can also put added stress on the borrowing capacity of the household and government sector. 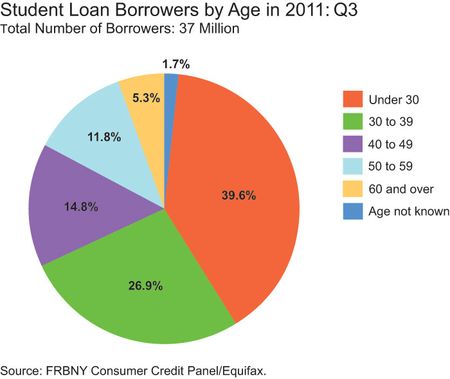 And according to an earlier report from the Federal Reserve Bank of New York, total student loan debt in America is set to continue its upward trend as college enrollments continue rising and as tuition costs continue soaring.

Further, unlike other types of household debt such as credit cards and auto loans, the student loan market is incredibly complex. Numerous players and institutions hold stakes at each level of the market, including federal and state governments, colleges and universities, financial institutions, students and their families, and numerous servicers and guarantee facilitators.

Today, 37 million Americans have student loans balances, while just over half of those, around 20 million, are currently in the repayment cycle. The average student loan balance is a staggering $23,300. Sadly, signs have been abounding that the student loan crisis is getting out of hand as more borrowers are failing to make their payments in a timely manner. According to the same Fed report, one out of four borrowers are now carrying a past-due student loan balance.
So how is all of this impacting my real estate investment strategy?
I am more convinced than ever that we are entering one of the best times in recent history for investors to buy "bread and butter" rental homes in areas with a strong job market and with a large college student population. Even as more people are out of work due to a soft job market and as more people are drowning in student loan debt, the fact does not change that everyone needs a place to live.
I have narrowed down my national search to a few select cities. Once my wife and I finish our research, our plan is to enter one of these areas and buy between 8 and 10 homes. We have already been planning on buying around 20 acres in a rural area to get off the grid. Our plan is to buy this land just outside the town we choose to expand our real estate investment business. (I cannot stress the importance of decreasing your reliance upon the grid as we head into a very uncertain future.)
Final Thoughts

Like the other financial bubbles that preceded it, the student loan crisis is going to wreak more havoc on our economy. And when you also consider the poor U.S. employment outlook, the tremendous financial pressure on consumers, and the federal government's staggering debt levels, the severity of our national economic problems are painfully clear.

And while I am sure there are some indebted students who are feeling fearful and even ashamed of their current plights, the real embarrassment should be reverberating throughout the pristine halls of the Federal Reserve and the Congress. For at no point in history has any nation ever undertaken such drastic – and even herculean – financial emergency measures that have been implemented in America over the last several years. Despite the the near zero interest rates, the bogus tax benefits, and the massive Fed money pump of trillions of dollars into the financial system, what do the American people have to show for it? Perhaps a few more Chinese imports… and a whole lot of new consumer debt.