PODCAST: How Growth Became the Enemy of Prosperity 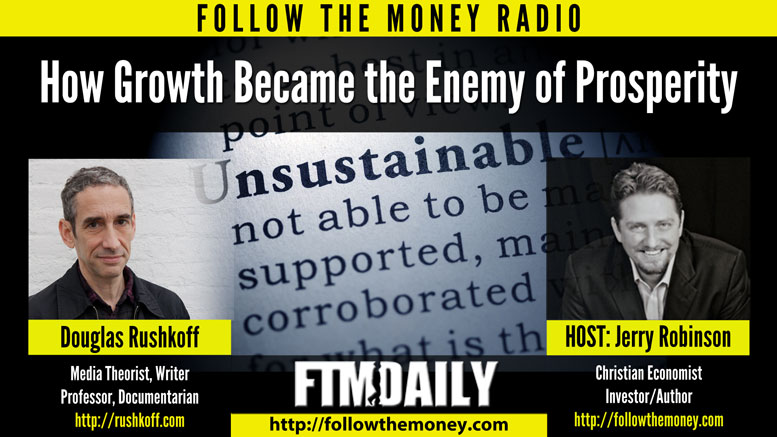 PODCAST: How Growth Became the Enemy of Prosperity
Welcome to this week’s edition of Follow the Money Weekly Radio!
In this week’s broadcast, Christian economist Jerry Robinson discusses the limits of economic growth with popular media theorist and author, Professor Douglas Rushkoff. We also discuss his latest book, Throwing Rocks at Google: How Growth Became the Enemy of Prosperity. But first, an update on the upcoming 2016 FTMDaily Financial Liberty Summit. Enjoy the show!

It's Almost Time for the 2016 FTMDaily Financial Liberty Summit! 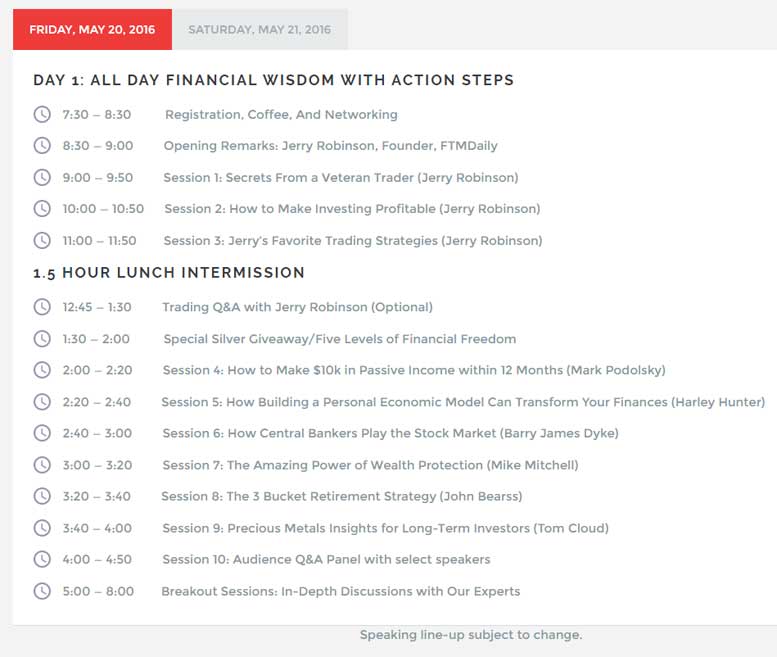 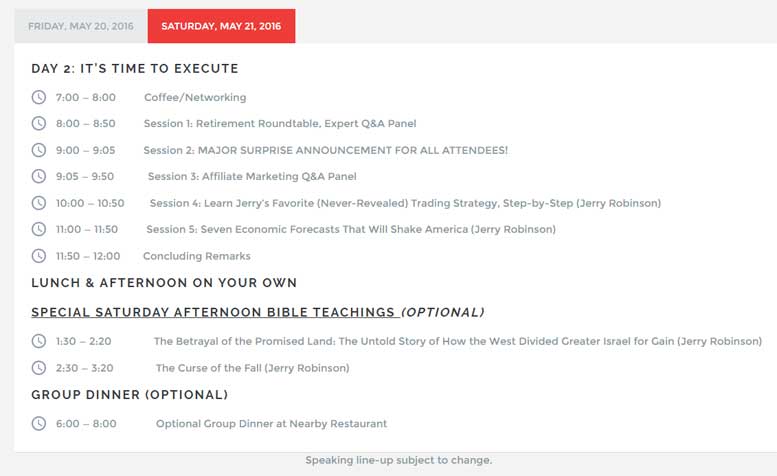 Segment 2: How Growth Became the Enemy of Prosperity

An Interview with Douglas Rushkoff

In this segment, Jerry is joined by American media theorist, writer, and lecturer, Douglas Rushkoff to discuss his latest book, Throwing Rocks at the Google Bus: How Growth Became the Enemy of Prosperity. Dr. Rushkoff is a critic of the present financial system and advocates for open-source solutions over closed-loop corporate/government solutions.

According to the inside cover of his latest book:

When protesters shattered the windows of a bus carrying Google employees to work, their anger may have been justifiable, but it was misdirected. The true conflict of our age isn’t between the unem­ployed and the digital elite, or even the 99 percent and the 1 percent. Rather, a tornado of technological improvements has spun our economic program out of control, and humanity as a whole—the protesters and the Google employees as well as the shareholders and the executives—are all trapped by the consequences. It’s time to optimize our economy for the human beings it’s supposed to be serving. Throwing Rocks at the Google Bus (Douglas Rushkoff)

In this interview, we ask Dr. Douglas Rushkoff several thought-provoking questions, such as:

Plus, Douglas explains an epiphany he had as a young man that humans are meant to function in a "read-write" world, but instead we are existing in a "read-only" world. Enjoy the interview!

BOOK: Throwing Rocks at the Google Bus: How Growth Became the Enemy of Prosperity by Douglas Rushkoff

BOOK: Present Shock: When Everything Happens Now by Douglas Rushkoff

Thanks for joining me again this week! I am honored to speak into your life each and every week. I also love to hear from all of our many listeners around the world. (At last count, the FTMWeekly podcast is downloaded in more than 100 countries every week!) Do you have a comment or a question about something you heard on this week's show? Submit your question below and as a "thank you" I will send you a special 38-page report I wrote that is entitled: The Hidden History of the Federal Reserve.