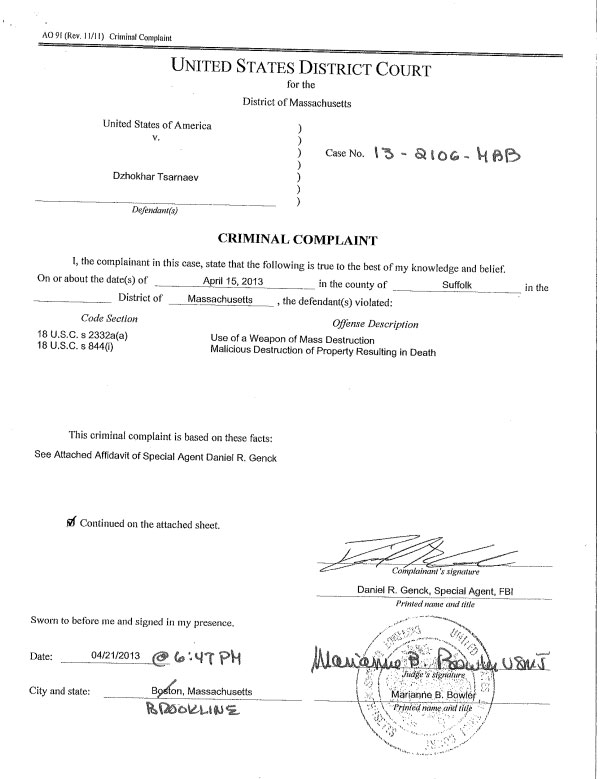 Full Text of the Criminal Complaint against Dzhokhar Tsarnaev

I, Daniel R. Genck, being duly sworn, depose and state:

A. The Boston Marathon Explosions

E. Identification of the Carjackers