There are a lot of questions swirling around the debt-ridden Eurozone.

Before I tell you my thoughts, let's take a brief look at how all of this mess got started.

A Brief History of the Euro Currency

Several European countries, who had for decades been 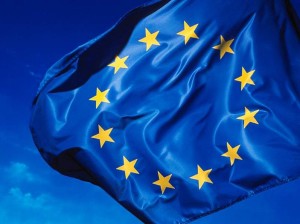 dependent upon their own central banks, currencies, and interest rate policies, voluntarily chose to hand over their economic sovereignty to a centralized European Union.

From day one, analysts said that the Euro currency was nothing more than a grand experiment that was doomed to failure. The Euro’s critics claim that the currency was flawed from the beginning because it forces all of its member nations to submit to one interest rate regime, despite each nation’s unique economic problems.

I agree with them on that point.

In essence, the Euro monetary policy is dictated by Germany’s economic needs. In the end, the primary beneficiary of the Euro system is Germany and, to a lesser extent, France. But what works well for Germany and France does not always benefit the other smaller and more economically challenged Euro nations. Therefore, the critics automatically assume that the Euro, by necessity, must fail. And these predictions of failure have been exacerbated by Europe's recent sovereign debt crisis.

First, it was a bailout of Ireland, then Greece.

Now, the news is full of concerns about Portugal's sovereign debt crisis.

Will Portugal be the next in line for a bailout?

Despite the debt concerns and the many obvious structural problems facing Europe, I do not believe that the Euro is in danger of disintegration.

My primary thesis on the Euro is simple and has not changed since day one.

Will the Euro collapse?

I believe the answer is no.

Instead, I believe that the Euro will survive and, in fact, is here to stay.

Many disagree with me vehemently.

But, I believe that the critics of the European Monetary Union are missing the bigger picture.

The Globalist Plot: Why I Believe the Euro Will Survive

First, it is important to remember that while the Euro currency was introduced in 2002, the broader European Union was forged over the course of decades. It began in 1950 with the inception of the European Coal and Steel Community which sought to unite European countries economically and politically in order to secure lasting peace.

Later, in 1957, the European Common Market was formed with the signing of the Treaty of Rome. The Common Market created the free flow of people, goods, and services across many national borders within Europe. (You can read more about this evolution of the European Union on pages 148-151 of my book, Bankruptcy of our Nation.)

Suffice it to say that the Euro currency is not some “new” invention.

PODCAST: How to Make Money Despite the Eurozone Debt Crisis – LISTEN NOW!

It has been years in the making.

And I believe that its flaws, which are numerous, could be very intentional.

What do I mean?

To answer that question, ask this one first: How do you solve the problems of a currency that are caused by too little integration?

The answer is: even more integration.

It is my sincere belief that the globalist agenda requires the existence of the Euro, as it is the prototype of the other regional currencies that will eventually be created.

Once the globalists have “solved” the problems with the Euro, through more economic and financial integration, they will have a new model for other regional currencies.

I envision one regional currency that will eventually integrate Asia, and another that will integrate Africa.

So I view the Euro as the prototype for the creation of these other coming regional currencies.

Therefore, the idea that the globalists would allow the destruction of the Euro is completely absurd from my perspective. Instead, I believe that they will salvage the Euro currency with all of their might. So it is for these reasons that I firmly believe that the Euro is, and will remain, a major challenger to the supremacy of the U.S. Dollar.

Therefore, I am not falling for the mainstream media’s ideas that the Euro will not survive. Despite the constant reports by the U.S. mainstream media to the contrary, the globe desperately desires an alternative to the U.S. Dollar.

A few weeks ago, there was a report that China has expressed a willingness to “bailout” the European Union with its $2.7 trillion investment fund. Much of that $2.7 trillion is held in U.S. government bonds. (Note the irony: Bailing out Europe provides China with a benign way to liquidate much of its U.S. government debt holdings.)

Don't ever forget that nothing makes Wall Street and the U.S. Treasury Department happier than a media frenzy over the survival of the Euro.

Because today, everything is driven by perception.

If anyone should be worried about their currency, it is the U.S. government.

Yet, they have stood idly by as the U.S. dollar has lost much of its purchasing power over the last several decades.

I should conclude with a note that I am not issuing a buy signal on the Euro. I would not buy at these high levels.

However, I will buy when it cycles down.

PODCAST: How to Make Money Despite the Eurozone Debt Crisis – LISTEN NOW!

1. Texas, the biggest U.S. cattle producer and second-largest winter-wheat grower, is currently suffering its worst drought in 44 years. The news sent wheat futures up 3.5% on Thursday.

2. Already stretched thin by two wars, the war effort in Libya is estimated to have already cost the U.S. a total of $1 billion.

3. According to a new Reuters/Ipsos poll, only 17% of Americans believe that President Barack Obama is a "strong and decisive" military leader.

4. Moody's, the ratings agency, warned Britain on Thursday that its triple-A credit rating could be in jeopardy if the government is not able to rein in its budget deficit.

5. According to the Sovereign Fiscal Responsibility Index, the U.S. ranked 28th out of 34 nations in terms of financial stability. Finally… China wasted no time this week to slam the U.S. over invaded Libya. According to it's state-run newspaper, the People's Daily: "Iraq was attacked because of oil, and Libya is also being attacked for its oil."