Ten years after Goldman Sachs first coined the term “BRIC” nations in one of its papers, the collective group has soared in value. Investors have taken note and much money has been made by those who bought early and who were wise enough to buy on the dips. BRIC, of course, refers to four emerging economic powerhouses: Brazil, Russia, India, and China.

And while investors have flocked towards any investment associated with China, and to a lesser extent, Brazil and India, it seems that Russia has been a little less popular. This was partly due to the fact that Russia’s economy did not respond nearly as quickly as its counterparts after the global economic recovery took hold in 2009.

So what’s behind Russia’s recent and dramatic rise?

1) Perceived political stability. Believe it or not, analysts see little chance of any popular uprising within the country. This stability breeds foreign investor confidence.

2) Rising oil prices. The Middle East crisis has caused crude oil prices to soar. The country has benefited greatly from the increase in prices due to its huge oil reserves, massive production, and enormous global export activity.

3) Natural gas demand. In the wake of Japan’s nuclear crisis, governments are beginning to reconsider the benefits of nuclear energy. This hesitancy has benefited alternative energy sources like natural gas. Fortunately for Russia, it is the world’s biggest exporter of the fuel.

Of course, Russia has long been a tricky market for unsophisticated (and even sophisticated) investors, as it is known for its vast corruption on many levels. At FTMDaily, we do not like to chase winners. Russia probably still has some steam left in its engine, but we are passing. If you choose to invest, look for ETF’s that give you broad exposure to the overall Russian economy, or more specifically to Russia’s energy sector, which is currently booming.

The Pentagon is reporting that in the first week of the international coalition’s efforts in Libya, the total bill so far for U.S. taxpayers is roughly $600 million.

In the first week, the Pentagon reported the following:

Add to this the massive amounts of gasoline to run the operation, and the cost to the U.S. taxpayer settles just under $100 million per day.

It is interesting that Washington is so adept at solving foreign affairs (usually with lots of bombs and borrowed money) but can’t seem to figure out – or even calmly discuss – how to fix our own domestic issues (Social Security, Medicare, Medicaid, etc.)

And just in case you are one of those individuals who believe that the Libyan war effort was not about oil, READ THIS.

1. BAD NEWS: On Tuesday, Japan is said to be on “maximum alert” over a crippled nuclear plant where highly radioactive water has halted repair work and plutonium has been found in the soil.

2. MILLIONAIRE CRACKDOWN: It appears a cash-starved U.S. federal government is coming after the rich with a vengeance. A new report shows that in 2010, the IRS increased its audits by 75% on Americans with annual incomes above $10 million. Don’t expect this to end soon. And don’t think that earning less makes you immune. The Feds just get more creative with robbing the middle class.

3. CONSUMER CONFIDENCE DOWN: This morning, the Consumer Confidence Index numbers were reported. On inflation concerns, the numbers fell from three year highs, and by more than expected, to 63.4 from last month’s revised 72.0. Most expected a decline, but only down to 65.

4. U.S. HOUSING PRICES DOWN: The Standard & Poor’s/Case-Shiller 20-city index released today showed that home prices fell for the seventh straight month in 19 major U.S. cities . The worst decline in home values were reported in Atlanta, Las Vegas, Detroit and Cleveland all of which are at their lowest level in 11 years.

5. BIG BROTHER ALERT: In an effort to reduce CO2 emissions by 60% over the next 40 years, the European Union has proposed banning automobiles in all major European cities by 2050.

Back in early 2006, I wrote a little booklet called The Mythic Roots of Iran’s Anti-Semitic Rhetoric. (From then on, my editor, agent, and publisher all banned me from titling my own books again.) In this tiny tome, I wrote about the little known belief that some Shi’ite Muslims have regarding the return of a savior-like Islamic messiah figure, known as the Mahdi. Recently, this topic has become all the rage after TV entertainer, Glenn Beck, started talking about it on his program. But something interesting this week emerged on the topic, though. A new Iranian propaganda video called “The Coming is Near.” CBN obtained a copy of the video and reported on their findings. You can watch their report below. (By the way, if you would like a copy of my book, contact our office and we will send you a free PDF copy via email.

“The Coming is Near?”

Its time to laugh a little. Here’s a sampling from the some of the late-night jokers.

“The Eiffel Tower was evacuated after a suspicious package was found. French investigators were baffled by this object for hours. It turns out it was just a can of deodorant. They had never seen anything like that.” –Jay Leno

“There are reports coming out that Moammar Gadhafi got hair plugs and face injections 16 years ago. So that’s why he looks so good.” –Jimmy Fallon

“California marijuana farmers are worried radiation from Japan could affect their crops. Or maybe for some strange reason they’re just being paranoid.” –Conan O’Brien

“A miniscule amount of radiation from Japan reached Los Angeles. People panicked and ran out and bought gas masks and radiation suits. Then they went to the tanning salon.” –Jay Leno 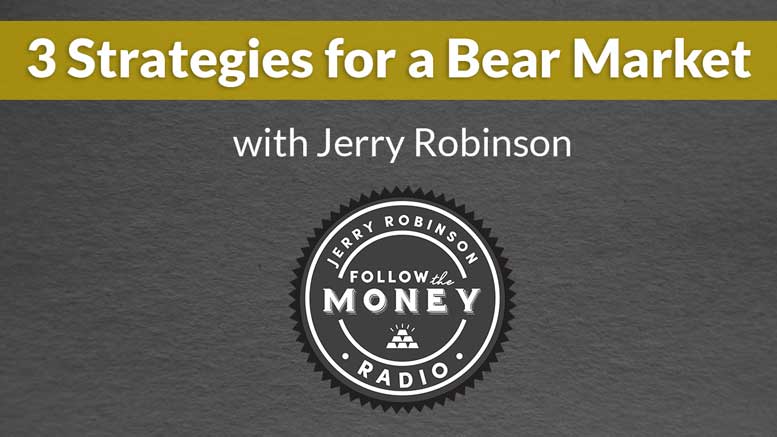 Segment 1: Trading Strategies For A Bear Market SEGMENT BEGINS AT 00:36 Economist and trading coach Jerry Robinson examines the current selloff in the market and offers three tried-and-true strategies designed to make money in a bear market. What’s driving the...

END_OF_DOCUMENT_TOKEN_TO_BE_REPLACED 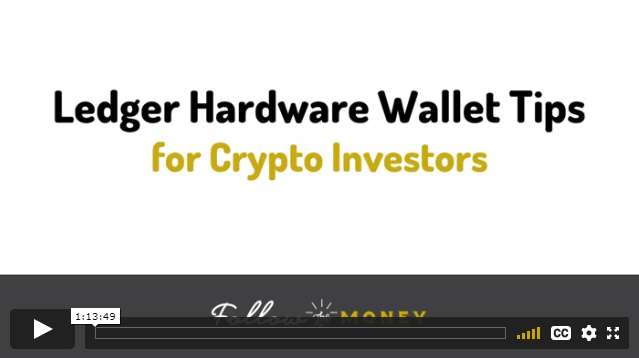 (Recorded on 05/24/22) Topics covered on this video coaching call In this special video, crypto coach Jennifer Robinson provides a high-level overview of the Ledger hardware cryptocurrency wallet including tips on how to store and stake on the secure device. If you...