Good morning friends! In the news this morning: The unfolding energy crisis, new protests in the Middle East, and more…

What Addiction to Foreign Oil?… Prices at the pump are squeezing consumers after rising 4% last week. New national average: $3.29/gallon. The highest level ever for this time of year. It’s time to address our nation’s addiction to foreign oil. But it appears that our elected officials are extremely “busy” with other more important things like:

– Deciding whether to shave 0.5% off of the Federal budget or to leave it as is… (So much for the “cost-cutting” Tea Party Republicans.)

– Ignoring the entitlement crisis… (for decades)

Remember the 2008 Presidential campaign on the Republican side… Dr. Ron Paul stood alone in pointing to the economy as the #1 issue. The rest of the bozos kept repeating the best keywords and slogans that their focus groups could come up with… But suddenly in 2012: Palin “shocked” at government overspending. Romney’s focus: The economy. And the list goes on and on…

Winston Churchill: “You can always count on Americans to do the right thing – after they’ve tried everything else.”

A solution to the madness… Force term limits on the career politicians. Their only current incentive is re-election. Let’s give them another incentive  like having to live in the private sector for the rest of their lives with a public legacy of overspending the people’s money and wasting precious time on re-election bids. No shame as our “leaders” swallow camels whole and strain at gnats…

Nation, how does it feel to be leaderless?

Mideast Update… Opposition forces in Libya continued their advance toward Tripoli over the weekend. Meanwhile, world leaders unite against Gaddafi. The Butcher’s days are numbered…

The U.S. now offering aid to Libyan rebels who have declared a provisional government and are allowing oil exports to flow out of the country for the first time since Feb 19.

700,000 barrels of oil leaving the Port of Tobruk… headed for China.

And now… Violent protests breaking out in oil-rich Oman. And new protests in Tunisia force the newly installed Prime Minister to resign.

In an effort to protect its national wealth, Egypt has banned all exports of gold of any kind, including jewelry…

1) STATE MEDICAID CUTS: More than 50% of state governments are seeking permission to limit eligibility and benefits in their Medicaid programs… Congress may have to settle the matter.

2) DOLLAR DROP: Despite the current fear and uncertainty in the financial markets, the lackluster Dollar remains near a three month low while the Yen, the Swiss Franc, and gold become safe havens.

3) Wisconsin Update: Hundreds of protesters refuse to obey an order to leave the state capitol; meanwhile a FoxNews reporter struck on live television by a protester… “It’s for the children.”

4) MADOFF SPEAKS: The king of financial corruption, Bernie Madoff, calls the Federal Government a giant “ponzi scheme.” Does anyone doubt that he knows what a ponzi scheme looks like?

Finally… Billionaire Warren Buffett is on the prowl… $38 billion in hand and looking to spend.

“Bill Clinton recently revealed that he only sent two e-mails while he was President. Then he added, ‘And it turns out those pills are just a scam.'” —Jimmy Fallon

“Presidents Day is being celebrated across the country. Shouldn’t we also have a day for Congress? When they can kick back and not worry about getting anything done. Oh wait…” –Craig Ferguson

“Boeing has unveiled the new 787, the longest passenger plane in the world. It seats 500 passengers comfortably — or 2,800 passengers uncomfortably.” –Jay Leno

“A new poll shows that Donald Trump could beat President Obama in 2012. The poll was taken by Trump Polls International.” –Conan O’Brien

“The budget airline EasyJet apologized to Jewish passengers for only serving pork on a flight to Israel. Still, that wasn’t nearly as bad as their in-flight entertainment: a Mel Gibson double feature.” –Jimmy Fallon 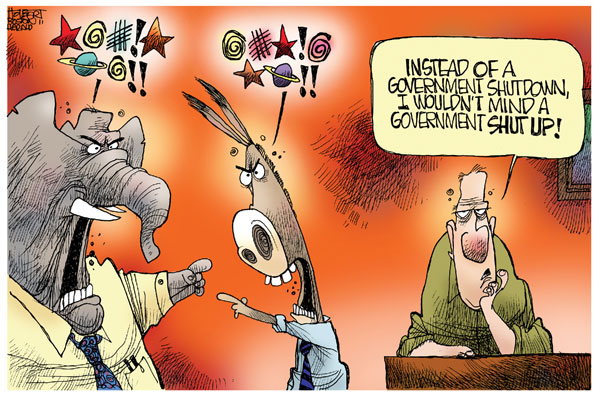