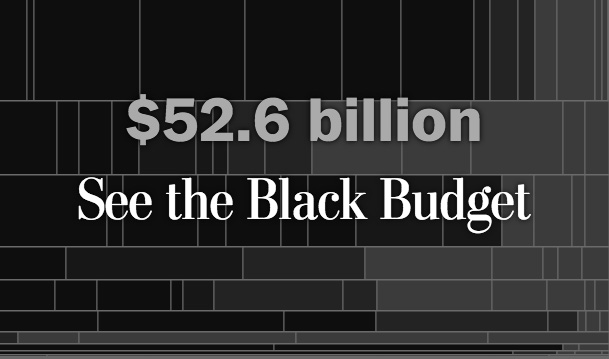 (FTMDaily.com) – For the last few months, Americans have been assaulted on virtually all fronts with explosive information based upon leaked NSA documents provided to several international media outlets by former NSA contractor, Edward Snowden. Despite some recent Congressional attempts to defund the NSA’s obvious overreach, the Obama administration, as well as the top leadership in both the House and the Senate, continues to point the finger at Edward Snowden instead of at themselves. Perhaps they believe the American public are too ignorant to connect the dots. And perhaps they are right.

Now, the latest bombshell report based upon the leaked NSA documents reveal a top secret budget of America’s intelligence community, composed of 16 spy agencies and over 107,000 employees. Until now, taxpayer-funded spending on America’s myriad of intelligence agencies has never been held to public scrutiny.

Put simply, those who finance America’s growing surveillance state — namely, you, the U.S. taxpayer — have never been able to see how the money is being spent.

That is, until now…

The Washington Post, who broke the story on August 29, provided limited details from a 178-page budget summary for the National Intelligence Program.

You can read the entire report here and view an interesting interactive presentation about this top secret black budget here.

Here are a few revelations that I found noteworthy from my reading of the leaked documents.

Yes, Israel. If the Snowden leaks have taught us anything about U.S. relations with Israel, it is that a large amount of mutual distrust and suspicion pervades the relationship.

Below is a quick chart showing the top five U.S. Intelligence Agencies, based upon their 2013 budget requests.