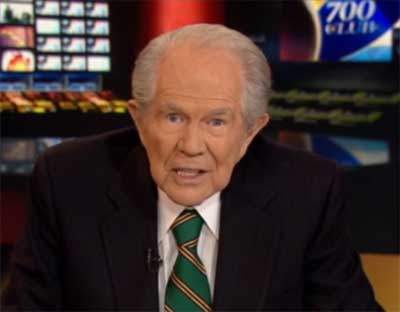 Real patriotism is a willingness to challenge the government when it’s wrong, even when that wrong is committed by people on your own side of the political aisle.

Perhaps it was no surprise that elements within the GOP rose to defend the honor of George W. Bush & Co. after this week’s release of the CIA Torture Report. After all, the horrifying atrocities outlined in the Senate’s 480-page Executive Summary — of the lengthier 6,700 page classified CIA investigative report — shed critical light on the dark CIA actions taken against war-time detainees during the Republican-led Bush administration.

Sadly, the release of the CIA Torture Report sailed right past most Americans and landed quickly into the dustbin of the 24-hour news cycle.

No public discussion. And hardly any public dissent.

However, the soundbites that emerged from some political and religious leaders may tell an even more important story about the state of our broken nation.

In fact, from the moment that the Senate-sponsored report hit the news wires, it was politicized by both Republicans and Democrats.

Democrats said it proved the excessive overreach, lack of accountability, and inept oversight of the former Bush administration. Meanwhile, Republicans suspected that the release of the long-awaited report was specifically timed to counteract another important news event that occurred that same day, namely, the Congressional testimony of Jonathan Gruber covering his recently publicized — and contentious — comments on Obamacare.

In essence, Republicans were angry that their Obamacare “witchhunt” was so rudely disrupted by what they viewed as a Democratic “witchhunt” against the former Bush administration. Of course, both sides will immediately and vehemently deny that they are engaged in any kind of “witchhunt” against each other’s actions, which only serves to make Washington, and those who still believe anything coming out of the Beltway, all the more dysfunctional.

Apparently, Washington refuses to have an intelligent conversation about anything, let alone their own gross excesses.

I believe that the very best thing that “We the people” can do in our present situation is to stop validating — and perpetuating — Washington’s tit-for-tat blame games and to stop falling for their never-ending press releases that get regurgitated in the 24-hour media circus.

After all, we are talking about people’s lives.

So far, the American people have apparently been convinced that the only way Washington can keep them “safe” is by the President launching numerous unauthorized pre-emptive wars against our enemies. These “wars”, which are not really “wars” because they have never been officially declared by Congress, involve sending drones into foreign lands leading to countless deaths of innocent civilians, including children…

In the name of keeping Americans “safe,” Washington rushed through the unpatriotic Patriot Act and a more aggressive National Defense Authorizion Act (NDAA). The latter now provides law enforcement officials with the legal authority to arrest certain American citizens, and to hold them indefinitely, without charges or a trial…

Americans have also apparently been convinced that keeping the nation “safe” requires the National Security Agency (NSA) to conduct an unprecedented level of covert mass surveillance against the nation’s citizens.

Also, in the name of “national safety,” the TSA has been allowed to grope innocent American citizens in airports (and soon in other places) while local police departments have been given military-style vehicles, flame-throwers, and other military discards from the Pentagon in order to fight crime in their streets…

And now, thanks to this recently released CIA Torture Report, we have learned that another important way Washington has sought to keep Americans “safe” has required our military forces to employ horrific torture techniques against “suspects” detained in the wake of the 9/11 attacks.

That our leaders in Washington would be playing politics with clear claims of U.S. war crimes simply reveals the absolute depths that some people will go to “win an argument.”

All of the usual suspects lined up to defend Washington’s war crimes:

Rep. Peter King claimed that the CIA was not guilty of torture, adding that their treatment of detainees was “mild.” He added that those who were concerned about the CIA Torture Report obviously “hated” America.

FoxNews host, Sean Hannity, added that he was “certain that American lives were saved,” even though the report confirmed that no lives had been saved. (The Sean Hannity Show, 12/8/14) On the contrary, some military interrogators have even claimed that the torture techniques actually “cost American lives.”

Finally, FoxNews host Eric Bolling stated that he “celebrated what the CIA did” before even reading the report, adding that he is “in favor of waterboarding because it worked” even though recent evidence contradicts this logic. (Fox News, The Five, 12/8/14)

Apparently, some fail to understand that patriotism includes willingness to challenge the government when it does something wrong, even when that wrong is committed by people on your own side of the political aisle.

Of course, the above words are no surprise as these are some of the chief defenders of GOP practices and tactics.

However, when American Christian Evangelical leaders joined in the debate to give their approval and support for the CIA, it caught my attention.

Here are a few examples.

First up, there’s Bryan Fischer, the Director of Issues Analysis for the American Family Association (AFA).

In the above video, Mr. Fischer, a professing Bible-believing Christian teacher who believes that Native Americans were justifiably uprooted from their land by White Europeans for their failure to convert to Christianity, essentially reduces the truths revealed in the CIA Torture Report to a mere game of politics by shooting the messenger. Instead of injecting the words of Christ into this mess, Mr. Fischer chose to instead call the release of this report “petty and juvenile,” adding that this was the Democratic Senate’s “last chance to poke a finger in the eye of President Bush.”

Later, Mr. Fischer explains that terror suspects have no legal right to any mercy whatsoever. (See clip below)

Then there was CBN televangelist, Pat Robertson. Mr. Robertson, who claimed “God told him” that the world would end in November 1982 and that Mitt Romney would easily win the 2012 U.S. Presidential Election, completely diminishes the CIA Torture Report in the video below.

Of course, these comments come on the heels of other similarly supportive statements from well-known evangelicals.

Last April, while speaking at the NRA’s “Stand and Fight” rally, Former Alaska Governor and well-known evangelical Sarah Palin exclaimed: “If I were in charge, they would know that waterboarding is how we baptize terrorists.” (See the video below)

Baptism, which symbolizes the Christian’s own death, burial, and resurrection to new life in Christ, is a beautiful act taken by those ready to follow Jesus. How any true follower of the Prince of Peace could equate the glorious act of baptism with the horrific act of torturing one’s enemies is incomprehensible?

Well-known evangelical Christian and former U.S. Rep. Michele Bachmann has also gone on the record to support torture. During a 2012 U.S. Presidential debate, Mrs. Bachmann stated that she “would support waterboarding” if she were elected President because it was so “effective.” (Start the video below at 0:22)

And finally, there’s Phil Robertson of the famed Duck Dynasty clan. Mr. Robertson, an outspoken Christian evangelical and profiteer from the new “The Duck Commander Faith and Family Bible,” said the best way to solve terrorism in the Middle East is for America to “either convert them or kill them.”

Sadly, this evangelical support for torture in the “War on Terror” is not a new phenomenon. Back in 2009, a Pew Research survey revealed an interesting correlation between faith and the support of torture as an acceptable practice. According to the survey results, white evangelical Protestants were the religious group most likely to support torture, with more than six in 10 condoning the practice. Ironically, those without any religious affiliation were the least likely to support torture. (Only four in 10 of them did.)

How much further can you get from Jesus’ message of mercy, forgiveness, and compassion than by giving full assent to the use of torture against your enemies?

Jesus commands His followers to “love your enemies,” “turn the other cheek,” and to “pray for those who persecute you.”

However, just like the Pharisees of Jesus’ day who despised and ridiculed His message as being “politically weak” and “impractical”, so too, the modern Pharisees despise, disregard, and ignore the words of Jesus. To justify their reasoning for dropping bombs all over God’s mission fields (which are ripe for harvest), they will usually cherry-pick a few Old Testament verses that point to ancient Israel. By this, they claim allowance to torture the very people Jesus’ told them to love, bless, and pray for.

But rest assured that they are easy to spot because they all have one thing in common: They will ALWAYS ignore, fight, and attempt to twist the words of Jesus. (Just like the Pharisees of old… Some things never change.)

Their preferred tactic is usually to first ignore Jesus’ words. When that doesn’t work, they will usually resort to a few Old Testament references about how Israel killed many of their enemies. (This usually means that they believe America shares a “special covenant” with God similar to, but not exactly like, the one enjoyed by Israel in the Old Testament. Of course, this is theologically treacherous, Biblically unprecedented, and leads to all kinds of wild speculative theories about what this “new insight” might mean for America.)

Finally, if their references to the Old Testament fail to work, they will attempt to twist Jesus’ words. The only problem is that Jesus was brutally frank. He said what He meant and meant what He said. When He did speak in parables, He explains them. Jesus’ words and commands require no updates and He certainly does not need the “American facelift” that some evangelicals attempt to give Him. With Jesus, there is nothing to add. Forever, His Word is settled in heaven.

True believers must never tire of testing the spirits.

First, to those who claim that America is a “Christian” (which literally means: “Christlike”) nation: Would Christ support torturing one’s enemies? If not, then is it wise for those who follow Him to promote torture, even if the culture accepts it?

Second, to those who believe America has a special and unique “covenant” with God: If you believe that God is going to judge this nation for its sins, do you think He will begin with the homosexuals, who compose just 1.6% of America’s population or with the 62% of evangelicals who openly support torturing their enemies, in His name?

His judgment will start in His own house. Pharisees, beware.

You can rid the nation of homosexuals and put prayer back in school. But that will only clean the outside of the cup. But you can never change the racism in men’s hearts. Nor can you erase the blood stains of those tortured “in Jesus’ name” for the “greater good.” Only Christ in His infinite mercy can do that.

Who are we to decide which sins are “better” or “worse” than others to God? (If we do, we do well to check ourselves for pride.)

And finally, to those who insist on claiming America is “exceptional”: Does the evidence presented in this latest CIA report make us better than our enemies? If so, how?

Justifying torture under the auspices of winning an argument is bad enough. But attempting to justify torture in Jesus’ name? That’s simply medieval… literally.

Have something to say? Share your thoughts in the comments box below.

FTM Mastermind Call: Welcome to the End of the Empire

PODCAST: 5 Lessons From The Greatest Traders

Private Group Coaching: Three Asset Bubbles And How To Prepare For Them

PODCAST: Investing in the New Economy