E*TRADE Stock Breaks Out Ahead of Earnings

With a new CEO and strong buying by hedge funds, is E*Trade attempting to stage a new rally? 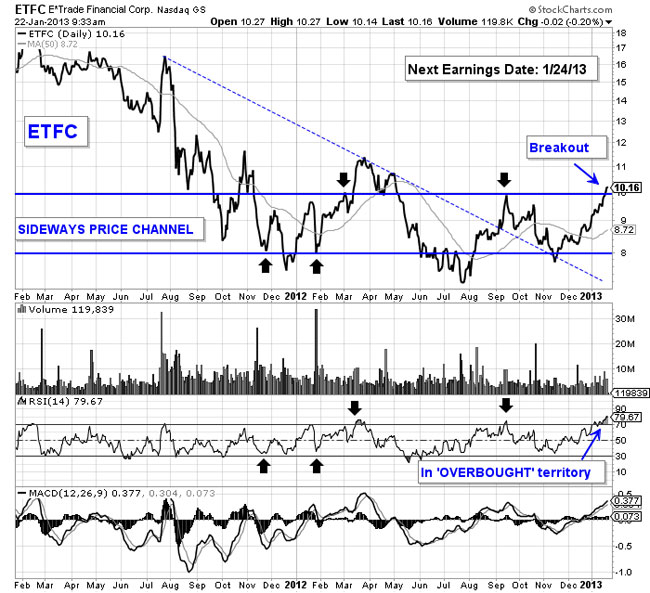 For the most part, E*Trade has been an unloved stock as of late. Last Thursday, the company reported that its board had named former Barclays executive, Paul T. Idzik, as its new CEO.

As you can see from the chart above, E*Trade is just now breaking out of nearly a 17 month sideways channel.

If this week’s earnings report doesn’t throw them back into their former sideways price channel, this stock could continue rising.