According to a new report by the Wall Street Journal, the NSA’s vast snooping operation has the ability to spy on 75% of all internet traffic within the U.S. This new revelation contradicts previous statements made by government officials regarding the ability and reach of the NSA’s internet spying capabilities. 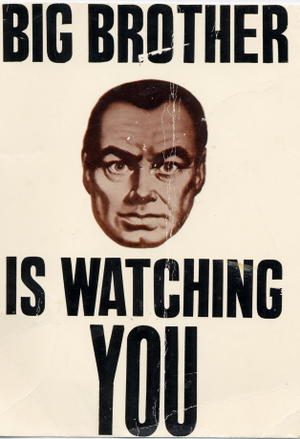 The report explains that the NSA actually retains “the content of emails sent between U.S. citizens and also filters domestic phone calls made over the Internet.”

Meanwhile, the U.S. Department of Homeland Security has reportedly been busy working with military contractors on a new face scanning technology that can automatically identify people by their faces within large crowds. DHS claims that this technology, called BOSS (Biometric Optical Surveillance System) is still in its infancy and is not yet fully functional.

According to the New York Times:

“In a sign of how the use of such technologies can be developed for one use but then expanded to another, the BOSS research began as an effort to help the military detect potential suicide bombers and other terrorists overseas at “outdoor polling places in Afghanistan and Iraq,” among other sites, the documents show. But in 2010, the effort was transferred to the Department of Homeland Security to be developed for use instead by the police in the United States.”

And to further equip local police departments across the nation, the FBI is rolling out its Next Generation Identification, a new billion dollar program that will provide a vast national database of mugshots. This new database should dovetail nicely with the new facial scanning technologies currently being tested.

In essence, the Federal government is tightening its cooperation with local law enforcement officials in order to equip them with its dangerous snooping technologies.

One of the integrated applications that is being rolled out to local law enforcement officials, firefighters, and first responders is a Google Glass app that allows “public safety officers and officials to communicate in real-time via streaming video from the scene, as well as to receive and view key documents, including things like building schematics, medical records of victims, live feeds of security cameras in the area and more.”

The company that is driving this application, Mutualink, is already an active service provider to NATO Special Operations Forces and DHS.

The architecture for a total surveillance state in America has long been established. Now that the plans for an integrated U.S. police state — from the Federal to the local level — are in their final stages, the American people appear to just now be waking up.

In the quest to keep Americans “safe” in the wake of 9/11, Washington’s unelected bureaucrats have steamrolled the Bill of Rights. In a free and open society, it would be up to the citizenry to decide whether such intrusive surveillance plans were acceptable. Instead, Washington has rammed many of these covert spying measures by the NSA down the throats of every American without their permission or consent.

Admittedly, our options for fighting this massive surveillance state are few. One short-term solution would be to go “off the grid,” that is to abandon the use of virtually all telecommunications in an effort to maintain a semblance of privacy. However, this seems far too severe for most people. Perhaps a better, and certainly more long-term solution would be to hold a national referendum vote on whether to continue funding the NSA and DHS. After all, it is your money that is being used to design and craft this new Orwellian world.

In one sign of hope, Rep. Justin Amash (R-MI) recently introduced a bill into Congress calling for the defunding of the NSA. Despite receiving massive support, the bill was shot down after a vote of 205-217. You can learn more about those ongoing efforts here.

But in the final analysis, this all comes down to you, the American taxpayer.

Is this how you want your tax dollars spent?

And is this Brave New World, that has been hatched under the cover of darkness somewhere in Washington’s halls of power, really what you would want for your children and your grandchildren?

If not, now is the time to speak up and let your voice be heard.

America, it is time to decide.