Today’s chart is free and open to the public! 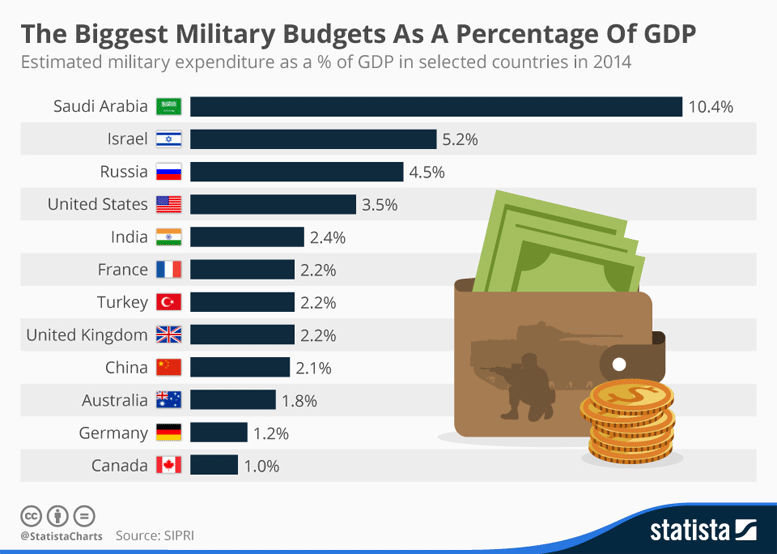 As the corrupt corporate-controlled mainstream media beats the war drums over Iran’s military “plans”, another terrorist-supporting and Israel-hating regime is rushing to build a massive military arsenal with U.S support and mainstream media silence.

It is clear that Saudi Arabia is using the Iran “threat” as an excuse to beef up its military arsenal more than ever before.

Last year, Saudi Arabia’s defense expenditures jumped 54%. Today, Saudi Arabia is officially the world’s largest arms importer. $1 out of every $7 that will be spent on global armaments in 2015 will come from Saudi Arabia.

Earlier this month, it was reported that Saudi Arabia had signed at least six new nuclear deals with Russia, under which Moscow will begin building at least 16 nuclear reactors across the kingdom in the coming months and years.

Meanwhile, the corporate-controlled media has convinced most Americans that Iran is the “real” threat to the region.